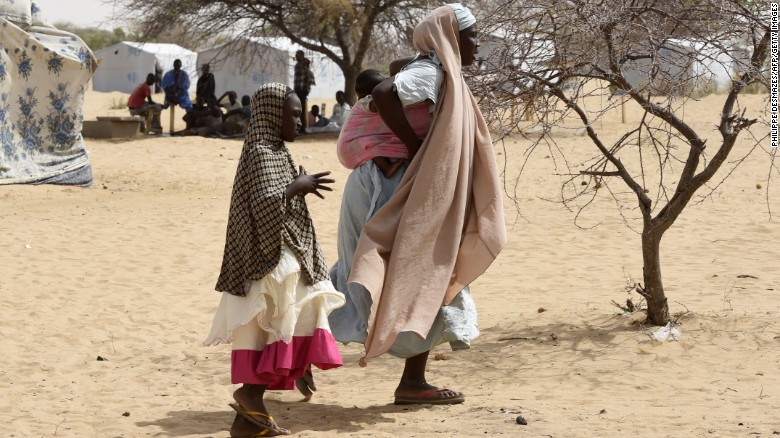 In this picture taken on April 7, 2015, Nigerian refugees walk in a camp named Dar-es-Salam in the Chad lake region.

Lagos, Nigeria (CNN)Escalating attacks by Boko Haram militants have forced 30,000 people out of Nigeria's northeast into Cameroonian borders over the weekend, the UN Refugee agency said on Tuesday.

Thousands have also fled to neighboring Cameroon and Chad in recent weeks, the agency said.Hostilities have strained humanitarian operations and forced aid workers to pull out from some locations, and the destruction of livelihoods and infrastructure is widespread, UNHCR spokesperson Babar Baloch said at a press briefing in Geneva.The recent upsurge in violence has also driven more than 80,000 civilians to seek refuge in already crowded camps or in towns in Borno State, where they are surviving in tough living conditions, Baloch said.More than 250,000 people have already been displaced from northeast Nigeria, and surging militant attacks targeting civilians have forced thousands more to run for their lives each day, the UN said. 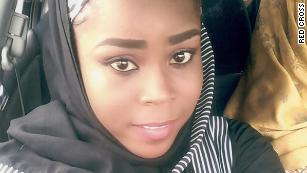 Second aid worker held by Boko Haram executed as negotiation deadline expiresTwo aid workers held hostage by Boko Haram were executed last year after they were kidnapped in a hospital in a displacement camp in Rann.The UN agency said it would need $848 million to provide food and assistance to those that have been affected by the crisis in Nigeria.It also launched an additional appeal for US$135 million to help those that have been displaced by the insurgency in the Lake Chad, which has also borne the brunt of attacks.Boko Haram insurgents have waged a decade-long war burning villages, mosques and churches in northern Nigeria.Military bases have come under intense attack from the group's militants in recent months with reports of large numbers of army casualties. The army's leadership often denies these reports. 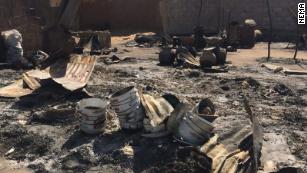 Suspected Boko Haram attacks leave 15 dead, homes burned in northeast NigeriaIn November, it was forced to admit that 44 soldiers died in an attack on its military base in Metele village, Borno.At least 15 people were killed in a spate of attacks on four villages in Maiduguri in Borno State in the same month.Insurgents have also reportedly reclaimed Baga, a village on the outskirts of Maiduguri and hundreds of residents, including the village head, have fled their homes.