It’s instant, public and happening all around us. A nation armed with cellphones -- 116 crore at last count -- is recording every crime it is witness to. Voyeuristic? Perhaps . But such evidence is helping thousands get lethargic authorities to actIt’s dark outside and a woman is sprawled on what appears to be a road nearby somewhere in Punjab. She is pretty, perhaps in her mid-30s, and she is pinned to the ground. Her face has swollen and a sprinkling of blood has blotted her kurta, as if it is part of the design. A man with a gruff voice is hitting her with a stick. Then someone starts wrenching her clothes off.00:52

Woman politician beaten up in Punjab

Far away in Madhya Pradesh, three goons have cornered a man in his small shop. He is cowering and crouched in the tiny space between a table and a wall. He is mumbling apologies, haplessly subjecting himself to humiliation for fear that he will be punished. Moments later, he is dragged out by the scruff of his neck.

Man assaulted by goons in Jabalpur

The victims in both these cases had no hope of being heard, but both videos went viral, forcing a reluctant administration to take action. A million CCTVs

In India, where an estimated 116 crore people wielded the cellular phone in 2017 -- with 54 crore having access to smartphones -- the ‘mobile’ has emerged as both a friend and saviour of several victims of abuse, violence, as well as official and social apathy. It’s like there are millions of CCTV cameras out there, all in the hands of people who are capturing every horrifying crime and heartbreaking story.

Numerous instances across the country testify to the role played by on-the-spot videos that were widely shared, helping stifled voices get heard and justice, or at least a semblance of it, delivered. The most recent case which illustrates this is that of farmer Ajeet Jatav who fell at the feet of a district collector a few days ago, begging for a transformer -- for which he had already paid the money -- to be installed in his fields to save his waterstarved crop from perishing. The video soon caught the eye of Guna MP Jyotiraditya Scindia who said that the collector should have shown more concern for the 56-year-old farmer’s woes. Scindia ordered the transformer to be installed “within two hours.” 00:47

MP farmer falls at collector’s feet, pleading for a transformer in field

Mobile clips have especially played an important role in enabling victims to approach police with visual proof. This has to some extent helped with registration of FIRs, an otherwise uphill task in Indian police stations. Recently, a woman was brutally thrashed and stripped by goons in a village in Bhadohi district of UP. A few villagers recorded the incident on the basis of which an FIR was filed and the main accused arrested.

In fact, the people most empowered by this ‘mobile justice’ are those at the bottom of the social pyramid, especially vulnerable groups. In July last year in Madhya Pradesh, a transporter and his friend were caught on video stripping three tribals naked and beating them up savagely on the suspicion that they had stolen diesel. There was immense outrage after the gut-wrenching images landed on people’s phones. 00:53

Tribals beaten up in Jabalpur

Recounting the incident, additional SP, Jabalpur, Deepak Sharma said. “We took suo motu action after the video surfaced. We found the trio and booked them.” In another similarly shocking incident, a Muslim family of 10 that included women, children as well as a teenager with disability that was returning from a wedding was brutally beaten up, the women groped and their clothes torn off on board the Shikohabad-Kasganj passenger train near Mainpuri (Agra) in July 2017. The victims claimed that they were targeted because they “appeared different.” Recalling the incident one-and-a-half years later, one of the family members told TOI, “Had no video of the incident been shot and recorded by other passengers on their phones, we would never have got justice. Seven assailants were arrested because their faces were captured in the clip.”

We took suo motu action after video surfaced. We found the trio, arrested the accused and booked them

Deepak Sharma, Additional SP, JabalpurAnother case that evoked widespread outrage was a mob lynching that happened at Hapur in UP last year. Qasim Qureshi, a resident of Bajerha Khurd village in Hapur’s Pilkhua, was beaten to death by a mob. His friend Samiuddin was also thrashed by the crowd but he managed to survive despite suffering grievous injuries. Police initially termed the case to be the fallout of a road rage incident. However, a day later, a video of the incident surfaced on social media where a mob was seen assaulting Samiuddin and forcing him to confess to cow slaughter. The video evidence not only nailed the police’s attempts to hush up the case but also showed the lynching to be an act of cow vigilantes. “If the video had not surfaced, the local police would have forced us to stick with the road rage story and the accused persons would have got away scot-free,” Mohammed Yaseen, Samiuddin’s younger brother told TOI. 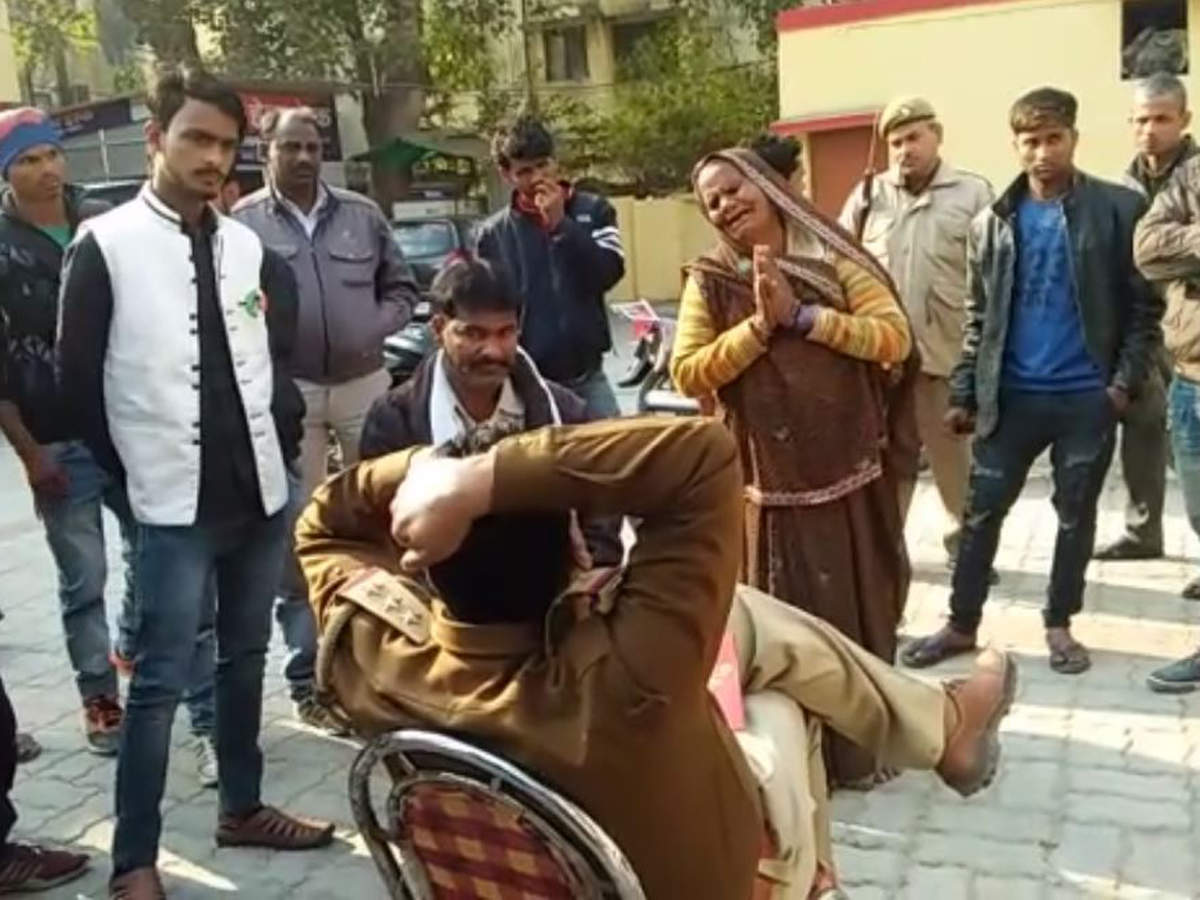 Incidentally, in the Pehlu Khan case of April 2017 which grabbed national headlines, the people beating up 55-year-old dairy farmer Khan (who was lynched by cow vigilantes at Alwar in Rajasthan) were identified by police based on mobile video footage of the incident.

If the video had not surfaced..police would have forced us to stick with road rage story and accused persons would have got away

All is not well

While mobile videos are playing a pivotal role in getting crimes highlighted, there is a disturbing side to the story too. Sociologists have expressed concern at people’s tendency to reach for their mobile phones and start recording a person being lynched or assaulted instead of trying to help. Then there are the videos shot by perpetrators themselves, especially while committing sexual crimes against women, which are often meant to blackmail and silence the victims. Aarti Balodi, nodal officer of the Uttarakhand Women’s Empowerment Cell, says that the state’s women helpline ‘181’ gets regular calls from girls at the receiving end of this, too scared to go to the police or even their families for help. “We counsel these girls to have courage and come out against their perpetrators,” she says.

Despite this flip side, mobile videos have been instrumental in bringing about a fair bit of social change and triggered much-needed action. An incident that happened in a government hospital in Hyderabad in March 2017 is a case in point. S Raju, a differently-abled man, was denied a wheelchair by staffers at the state-run Gandhi Hospital after he refused to pay a bribe to a ward boy for the service, which is available free for patients. Raju decided he will use a toy tricycle instead of a wheelchair. The video of the man attempting to go around the hospital in a tiny tricycle went viral, pulling heartstrings as it spread. The matter caught the attention of health authorities. Apart from sacking the staff member involved in seeking bribes from patients, the state health department purchased 30 new wheelchairs and six stretchers for the hospital. And Raju got a brand new wheelchair from a city-based NGO.00:40