At Site of Rohingya Massacre, Burmese Villagers Wary of Press

At Site of Rohingya Massacre, Burmese Villagers Wary of Press 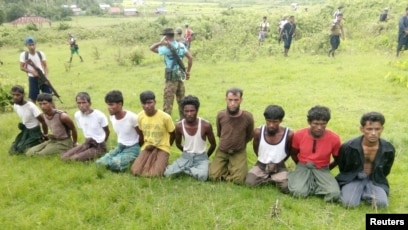 Kyaw Soe Moe, the head man of Inn Din village in northern Rakhine state best known as the site of a massacre of 10 Muslim men and boys by their Buddhist neighbors and the Burmese military, isn’t much inclined to speak with the press.

That “incident” is all the press wants to discuss Kyaw Soe Moe implied, who refers to Rohingya as “Kalar”, which is a usual way of describing all Muslims by most Myanmar people. “I was not even here. I arrived here only after the incident. I became the village head something like 10 months ago, so I did not have any knowledge [of it].”

Four Reuters reporters revealed details of the September 2, 2017 attack earlier this year. Tied together, the Rohingya, members of the Muslim minority, watched their neighbors dig a grave before eight were shot by Myanmar troops, according to the Reuters report. Buddhist villagers hacked the other two to death.

“When they were being buried, some were still making noises,” said Soe Chay, a Buddhist who told Reuters he was one of the gravediggers.

Other Inn Din villagers did not want to speak with VOA and reporters from other media outlets on the government-escorted visit. When approached, the villagers described hiding in the local monastery because the Muslims, the Bengalis, were attacking them. Because the massacre took place about one and a half miles (two and a half kilometers) from the village, they said “I did not know about it.”

The village, nestled amid rice fields surrounded by distant mountains, sits on the main road to the Bangladesh border. People go about their business, with children, women and older people on the streets.

“We are secure now because the Kalasare are not around us,” Kyaw Soe Moe said. Before the massacre, the Inn Din was one of the Rakhine state villages surrounded by Muslim villages. “As long as they are not here, we are secure.”

Most of the local Rohingya have fled to Bangladesh.

The Inn Din massacre came during an eruption of violence that came after Rohingya insurgents, the Arakan Rohingya Salvation Army (ARSA), attacked government security posts in August 2017. In a subsequent crackdown, which included the massacre at Inn Din,Médecins Sans Frontières (MSF) estimates at least 6,700 Rohingya were killed between Aug. 25 and Sept. 24, 2017. U.S. Ambassador to the United Nations, Nikki Haley, called the military’s response “disproportionate and indiscriminate.” 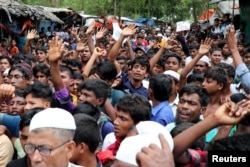 The Myanmar government has blamed Rohingya insurgents for all but 10 of the killings, according to the Reuters investigation.

The Reuters investigation of the Inn Din massacre prompted Myanmar police to arrest two of the Reuters reporters, Burmese citizens Wa Lone and Kyaw Soe Oo, on December 12, 2017. They are now appealing the seven-year sentences for violating the Official Secrets Act that they are serving, sentences that Myanmar de facto leader Aung San Suu Kyi has defended. Seven soldiers have been convicted of murder.

In August, a United Nations fact-finding mission issued a report that called for Myanmar, to be investigated by the international criminal court (ICC) because “crimes in Rakhine state, and the manner in which they were perpetrated, are similar in nature, gravity and scope to those that have allowed genocidal intent to be established in other contexts.” The report called for the prosecution of Myanmar’s military leaders, who had used their now-removed Facebook pages to spread anti-Rohingya sentiment.

“There is no evidence at all that this is ethnic cleansing, let alone genocide,” Myanmar’s U.N. ambassador Hau Do Suan told VOA in August. “This kind of branding and accusation needs concrete evidence. It also needs legal proof.”

The Rohingya are one of several ethnic minorities in Buddhist-majority Myanmar, where most people view them as economic migrants from Bangladesh. The government has denied them citizenship, even though most can show that their families have been in Myanmar for generations. They are discriminated against and are not allowed to move freely. They lack access to education and health care. 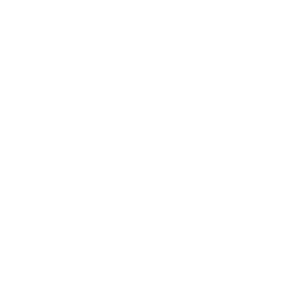 The Rohingya are NOT one of several ethnic minorities in Buddhist-majority Myanmar, where most people are economic migrants from Bangladesh. The only in the 135 ethnic minority list are called Kaman Muslim in the south.

Rienforcing with nobel prize for pease Aung San Suu is going on killing more Rohenga muslems with out fear.

Aung San Suu Kyi: Handling of Rohingya Not the Best

US Condemns Myanmar Conviction of 2 Journalists