Bounced from place to place’: the unsettled lives of housing crisis victims

‘Bounced from place to place’: the unsettled lives of housing crisis victims

Three women talk about their experiences of feeling vulnerable and unsettled 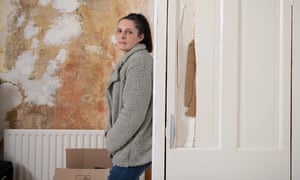 The commission on the future of social housing believes 3.1m new social homes are needed to house people in three groups: those in greatest need, including the homeless, younger trapped renters and older renters. We spoke to people from each of these groups.

Kelly Sheen, 39, was evicted from her seventh temporary home in five years on Monday. Officially classed as homeless, the single mother from Chatham in Kent has “bounced from place to place”.

Her housing problems began when she was evicted by a private landlord in London and was placed in emergency accommodation with her children outside the borough. She was brought back into the borough in a bed and breakfast before being placed in another temporary accommodation a few months later, then another bed and breakfast, then into supported accommodation. Finally, she was moved into a small house which she thought was permanent but was again evicted. When offered another place, she refused “because I couldn’t cope any more”, she said.

The authorities decided she was now intentionally homeless so she was evicted and had to move in with a friend in London before receiving temporary accommodation, coincidentally back in Chatham. The London council has also concluded she is intentionally homeless so she has been evicted. During this period, her seven-year-old son died and now she is looking after a one-year-old while moving again.

“After losing a child, it is hard to look forward and I don’t see any end in sight,” she said. “I don’t know when the home is going to come. Without a solid base, how do you hold down a job? You can’t do these things. There must be hundreds of thousands of people in this position and, if something doesn’t change, I am not sure what the government thinks is going to happen.” 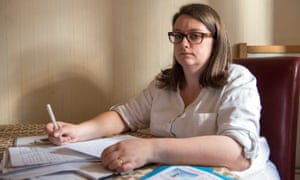 Emma Percy, 36, from Folkestone in Kent has moved 11 times in 13 years while renting. The married mother of children aged 16, 13 and six said landlords wanting to sell up had forced them to move on some occasions; other places they rented were not suitable. Each move cost them £1,000 on average, ruining attempts to save for a deposit to buy.

“You are constantly unsettled,” she said. “We have got to the stage where nothing feels like home. We are always worried we are going to have to move again. We don’t tend to get too attached to the places.”

Her family still hope to save for a deposit and have explored moving to the cheaper north of England, but that would mean moving away from her and her husband’s ageing parents. Percy said she had always thought that council housing would be “there to help you when you need it and, when you are back on your feet, you give it back”. But she said she would now welcome the option “to give us stability”. 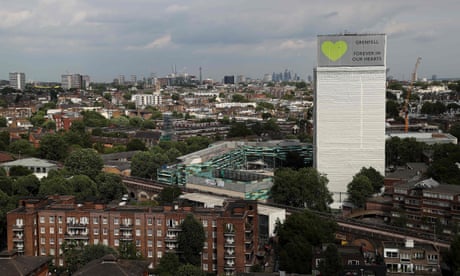 “Landlords only have to give you two months notice and you’re out,” she said. “It is that constant worry. You haven’t got that security.”

Victoria, 73, a divorced artist from London, lives in a one-bedroom flat costing £880 a month which is cold, has mouldy walls and lacks insulation. Recently she was made homeless and forced into emergency accommodation after she was priced out by rising rents. She pays for her rent through housing benefit but has found that fewer and fewer landlords will accept it.

“It leaves you feeling vulnerable and that is always going to be the problem with renting,” she said. “It’s not very stable and so, given what I’ve been through, I’m never going to feel secure.

“If the council came to me and said: ‘We’ve got a place for you’ at least you’d feel more in control because you know the council isn’t going to turn around and put your rent up to £1,200 a month and you’re going to have to dip into your pension. I would feel safer in a property where the rent was fixed at a lower, more affordable, rate.”

… we have a small favour to ask. Three years ago we set out to make The Guardian sustainable by deepening our relationship with our readers. The same technologies that connected us with a global audience had also shifted advertising revenues away from news publishers. We decided to seek an approach that would allow us to keep our journalism open and accessible to everyone, regardless of where they live or what they can afford.

Please make a contribution today to help us deliver the independent journalism the world needs. Support The Guardian from as little as $1 – and it only takes a minute. Thank you.