Broken promises: why handing over power to local NGOs is empty rhetoric

International NGOs have long talked about making southern voices heard, yet they continue to dominate. Why don't more transfer power rather than just talk about it? 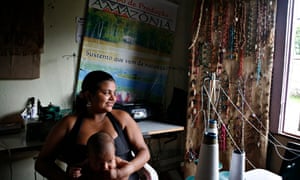 All international NGOs face the same challenge: limited resources to tackle huge, complex, long-term problems. The obvious answer for many is to raise more money and spend it on more programmes. But it's a mistake to equate income growth with impact growth. There is another way to achieve greater reach and better results: by doing what the international development sector has been talking about for over 25 years – handing over power to national NGOs working directly in communities.

EveryChild is shifting its funding away from the delivery of direct programming to funding a new global alliance of national NGOs, Family for Every Child. The alliance pools the expertise of up to 50 organisations that specialise in providing child care and protection. Instead of spreading funds across 15 direct delivery programmes, EveryChild will fund the sharing and amplifying of members' expertise so that they can improve their own programmes and collectively have more influence.

The move to an alliance model is not only to achieve greater scale and reach, although growing from 15 partner organisations to 50 members is not to be sniffed at. It is also about development principles and an acceptance of change.

Since 1980s we've talked a lot about 'southern voices'. Yet despite the growth of sophisticated and successful indigenous NGOs, powerful northern INGOs continue to compete with their southern counterparts for political space and resources. This has long been discussed, but there has been little real change in the power dynamic.

When EveryChild first raised the idea of establishing a member-governed alliance with a small group of NGO leaders from across the world, they reacted with delight and scepticism in equal measure. Was our intention to transfer power any different from the rhetoric they'd heard about "putting poor people first", "capacity building", or "making southern voices heard"? In their experience northern international NGOs poach their staff, dominate forums, and take all the credit for work created, designed and delivered by national NGOs.

Every Child's founding members include one of Indonesia's longest established and biggest deliverers of social services, Muhammadiyah; the ground-breaking Ghanaian anti-slavery charity Challenging Heights; and a global expert in working with children traumatised by violence from Mexico, Juconi. This is very different from the traditional northern INGO model which is built on a cash transfer to NGO partners in the south for their programme activities. The requirement for control over expenditure and standards means the northern INGO makes the strategic decisions rather than the southern NGO who delivers the programme.

If local organisations working closest to communities have the best knowledge and are able to respond most appropriately to needs, why don't more INGOs genuinely transfer power rather than just talk about it?

I think it's because there is a conflict of interests. The INGO federal model in particular has been very successful – organisations that use it spend billions of dollars and their programmes reach millions of people. Global brands like World Vision, Oxfam or Save the Children have immense power. They can access governments, and their representatives are the first to be asked to attend regional and national consultations. Their reluctance to give up this power and influence is because they fear that local NGOs might not be able to replicate it easily.

In EveryChild's case, however, retaining the status quo was a worse option because our relatively small size meant that we were unable to scale up and increase impact. Our research indicated that successful alliances coalesced around a specialism like child protection. It would be much harder to achieve the level of cohesion among independent NGOs without this.

The other challenges to working in an alliance exist in any global organisation, for example overcoming barriers of different time zones, languages and cultures. If you add requirement to achieve member sign off and consensus, there is a risk of slowing down response times and watering down policy positions. In our research, these practical considerations came top of the list of risks.

But probably the biggest challenge is overcoming prejudices and the mutual suspicion between INGOs and national NGOs. The assumption held by many in the north – including initially EveryChild – is that national NGOs in the south don't have the skills and experience to play a more significant role in international development and that their weak systems are vulnerable to corruption and mismanagement. And the assumption by many NGOs in the south is that INGOs are full of empty rhetoric who will never give up power because of self-interest.

Like most prejudices, there are elements of truth in both positions. However, corruption and mismanagement exist in all parts of the world, our funding agreements already require southern NGOs to comply with international financial standards to mitigate this risk. And leadership of national NGOs in the south will never develop the skills needed to play a full role at the top level if they are never given the access. Surely it's time to turn the rhetoric of empowerment into reality? In other words, to get out of the way and simply manage the associated risks.