Environment minister says under plan, his grandchildren in 2035 will have the same carbon footprint as his grandparents did in the 1940s – and by 2050 none at all 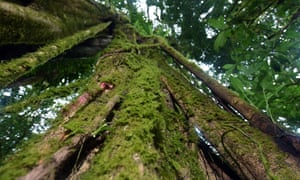 Costa Rica has launched an economy-wide plan to “decarbonize” the country by 2050, as the Central American nation aims to show other nations what is possible to address climate change.

“Not only are we going to reduce that footprint but we are going to bring many benefits with it,” Rodríguez said.

But Jairo Quirós, an electrical energy researcher at the University of Costa Rica, warned the plan would be challenging, and “should be viewed with some caution”.

Under the roadmap launched Sunday, Costa Rica by 2050 would achieve “zero net emissions”, meaning it would produce no more emissions than it can offset through things such as maintaining and expanding its extensive forests.

Such emission cuts are key to holding increases in global temperature to well under 2C (3.6F), the goal of the 2015 Paris Agreement on climate change.

The Costa Rica plan aims to allow the country to continue growing economically while cutting greenhouse gases. The country’s economy grew at 3% last year, according to World Bank data.

All that glitters is not green: Costa Rica's renewables conceal dependence on oil

Only the government of the tiny Marshall Islands also has laid out a detailed plan to achieve that goal, but “they still do not have the whole plan articulated sector by sector”, Figueres told the Thomson Reuters Foundation.

President Carlos Alvarado noted that while Costa Rica represents only a tiny share of the world’s climate-changing emissions, the plan could be a model for other nations.

“We can be that example – we have to inspire people,” he said at the plan’s launch,.

But Quirós, of the University of Costa Rica, warned the plan will take hard work to achieve.

Some goals, he said, such as ensuring all buses and taxis run on electricity by 2050, may be difficult, not least because the changes will be expensive.

Transport today creates about 40% of Costa Rica’s climate-changing emissions, making it the largest single source of them, according to the National Meteorological Institute.

The new plan aims to modernize public transport, including through the creation of an electric train line﻿ that would connect 15 of the 31 neighborhoods in the San José metropolitan area, according to the Costa Rican Institute of Railways.

Construction on the lines is expected to start in 2022.

Under Costa Rica’s decarbonization plan, the number of cars circulating in urban areas would be cut by half by 2040, the environment minister said. 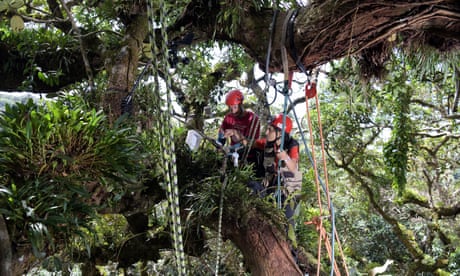 Costa Rica does not have a fossil fuel extraction industry, but dependence on oil revenue could still cause problems. Fuel taxes, vehicle import taxes and driving taxes currently account for about 12% of government revenue, the minister said.

To phase out fossil fuels without slashing government income, the government will need to push for “green tax reform” to find new revenue sources, he said – which would need legislative approval.

Under the plan, the country’s state-owned petroleum distributor would change course and begin research on alternative fuels, such as hydrogen and biofuels, and look at helping fossil fuel workers move to clean energy jobs.

The plan also calls for further expanding forests – though at the moment most of the money to pay for that comes from taxes on fossil fuels, Rodríguez admitted.

“In the 1960s and 70s, Costa Rica had the highest per capita deforestation rate in the world. We have managed not only to stop deforestation but to double forest coverage” as the economy grew, Rodríguez said.

Last year, 98% of the country’s electricity came from renewable sources, according to the Costa Rican Electricity Institute, the state-owned company in charge of electricity generation and distribution.

Quirós, the University of Costa Rica researcher, said the country’s plan, while “a little utopian” was clearly “a step in the right direction”.

“It’s good to be ambitious,” he said.