Dirty secret: why is there still a housework gender gap?

Research shows that British women do 60% more housework. Is there any hope for balance when it comes to emptying the bins?

• Five couples on how they split the housework

• For more housework tales, listen to our Home Truths episode of The Story podcast 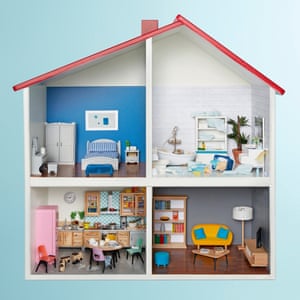 Why, exactly, is housework so annoying? Certain specific chores are obviously pretty unpleasant: few people relish cleaning the toilet, or extracting mouldy vegetables from the bottom drawer of the fridge. But why housework in general? Part of the answer, surely, is that it’s unending, so you never achieve that satisfying sense of getting it out of the way, nor even of having made a little progress. The only reason you’re stacking the dishwasher is so the dishes can be dirtied again tomorrow; you’re fishing the toddler’s toys from under the sofa so he can fling them back there as soon as he wakes up. “Few tasks are more like the torture of Sisyphus than housework, with its endless repetition,” wrote Simone de Beauvoir, in The Second Sex, published in 1949. “The clean becomes soiled, the soiled is made clean, over and over, day after day.” Needless to say, De Beauvoir wasn’t objecting solely to the work, but to the division of labour: housework is also annoying because, if you’re a woman living with a man, it’s highly likely you end up doing most of it, no matter who earns more, or who spends longer at the office. To be fair to us, men do a lot more housework than in 1949. But women still do a lot more than that. So now both sexes have grounds to resent how much of their lives they spend with Toilet Duck in hand, or scooping bits of spaghetti from the kitchen sink. 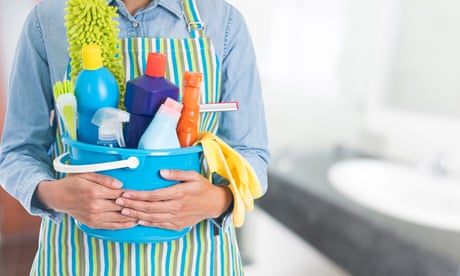 Nor are same-sex couples immune from these sexist expectations. In 2016, a revealing American study presented people with fictional accounts of gay and lesbian households, asking them to judge which partner ought to take responsibility for childcare, groceries, laundry and fixing the car. Reliably, respondents assigned the stereotypically female tasks to the partner described as having the more stereotypically feminine interests, such as a fondness for shopping or romantic comedies.

What’s puzzling is that housework doesn’t seem to be following the same trends as other fronts in the struggle for equality. Over the last half-century, across the developed world, more and more women have gone to work, the gender pay gap has been steadily narrowing, and fathers have spent more and more time with their children. But the “housework gap” largely stopped narrowing in the 1980s. Men, it seems, conceded that they should be doing more than before – but then, having half-heartedly vacuumed the living room and passed a dampened cloth over the dining table, concluded that it was time for a nice sit-down. In Britain in 2016, according to the Office for National Statistics, women did almost 60% more of the unpaid work, on average, than men. As of a few years ago, even in Sweden – that bastion of equality where “latte papas” in stylish knitwear choose full-time fatherhood at no apparent cost to their sense of masculinity – women were averaging 45 more daily minutes of chores. When the Guardian invited readers around the world to unburden themselves about their own housework battles, their complaints overwhelmingly confirmed this picture, often despite the fact that neither partner had really intended things to work out that way.

Dig deeper into the numbers, and things look worse: according to some studies, in heterosexual households where the woman is the main breadwinner, the more she earns, the less her partner will contribute to the housework. And, of course, to the extent that women scale back their career ambitions in order to focus on domestic matters – childcare plus housework – this inequality at home perpetuates inequality at work. (“It’s not a glass ceiling, it’s a sticky floor,” to quote the title of one book addressing that question.) Meanwhile, everywhere, men get special credit for the chores they do do, because their contribution gets assessed at “the going rate”, as the sociologist Arlie Hochschild put it in her 1989 book The Second Shift: if a man does a bit more than the notional average man in his community, he’s viewed as exceptionally helpful. 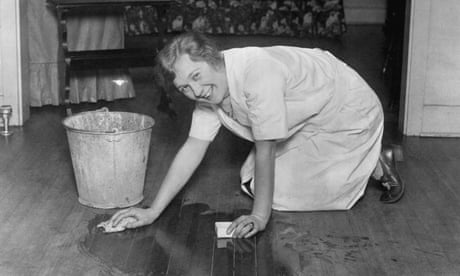 Home truths: when relationships and housework collide – The Story podcast

It would be easy, and perhaps not totally unfair, to explain this as another straightforward case of men acting like entitled jerks. But the daily experience of tussles over housework suggests that something more complicated is going on. If you do the lion’s share of the chores in your home, the chances are you have mixed feelings about the idea of your spouse taking on a bigger burden, even if he were willing – because you suspect he’d do them wrongly, or to an insufficiently high standard. (In one US survey, some women said they were more likely to delegate tasks to their children than their husbands for precisely this reason. “My wife insists on doing most of the cleaning and all of the laundry because of her belief that I don’t do well at these tasks,” as one male respondent to our survey put it, echoing many others.)

In her memoir-cum-self-help book, Drop The Ball, the American writer Tiffany Dufu calls this “home control disease”, and diagnoses herself as a recovering sufferer. This isn’t the simple sexism of the man who’d rather drink beer and watch Top Gear, but the insidious, internalised sexism of the woman who’s been raised to see an impeccable home as a sign of her worth. 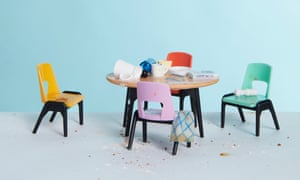 “We obsess about things that honestly aren’t important in the scheme of things, because you’ve been socialised to attach your value to those things,” Dufu says. “A well-managed home is still a gendered expectation, which is why it’s so very difficult for men to get home control disease – they just don’t attach it to their value.” A man who places a high priority on domestic cleanliness is just a clean man; a woman who doesn’t is a bad woman. Researchers argue that this probably explains the tendency for men to do less housework, and women a greater proportion, as the woman takes on more of the breadwinning: both sexes, subconsciously disturbed by their violation of traditional gender norms, start acting hyper-conventionally to compensate. It also helps explain why women usually assume the extra burden of the “worry work” – the job of keeping track of what needs to be done in the first place – while men merely pick tasks from this readymade to-do list. (“It would be nice if he’d clean the bathroom without me asking him once in a while,” as one woman told the Guardian.) Behold the power of gender: were men to take on more of this worry work, many women would presumably just worry that their spouses weren’t worrying hard enough, or about the right things.

And, of course, they’d be right. All the anecdotal evidence suggests that, generally speaking, men genuinely don’t care as much as women about a clean and tidy home. “There exists no standard definition of what has to be done in a household,” Stephen Marche writes in his 2017 book The Unmade Bed: The Messy Truth About Men and Women In The 21st Century. “There is only what feels so intensely like it needs to be done that it needs to be done… The question of what constitutes a clean bathtub has as many answers as there are people.” The same sexist socialisation undoubtedly explains men’s lower standards. But the situation leaves even well-intentioned men in a fix. If you’re a man who doesn’t mind mess, surely your commitment to equality doesn’t require you to meet standards of domestic perfection you don’t care about, and which are, as mentioned, only the result of stupid sexist expectations in the first place? Wouldn’t it make more sense – wouldn’t it be, dare one suggest, more feminist – for your partner to chill out and let things slide?

“Viewing housework inequality as entirely a phenomenon of exploitative men free-riding off [women] makes sense only if you think men derive equal enjoyment from a cleaner and neater home,” observes the New York magazine columnist Jonathan Chait. “I like having magazines strewn across the coffee table. My wife doesn’t. I won’t protest when she stacks them up somewhere, but when she does it, I don’t regard it as her participation in the shared household duties.” The “hope of the future”, Marche argues, is for us all to do less: “Housework is perhaps the only political problem in which doing less and not caring are the solution, where apathy is the most progressive and sensible attitude… Leave the stairs untidy. Don’t fix the garden gate. Fail to repaint the stained ceiling. Never make the bed.”