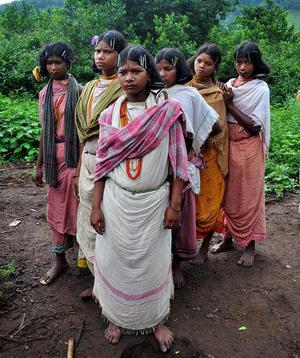 “In 2013, the Supreme Court affirmed the decision-making power of the gram sabhas under the Forest Rights Act when it asked them to take a decision on whether or not they wanted bauxite mining in the Niyamgiri hills of Odisha.” The Dongria Kondhs who unanimously voted no.A. Manikanta Kumar

On February 13, the Supreme Court ordered the eviction of more than 10 lakh Adivasis and other forest dwellers from forestland across 17 States. The petitioners, mainly wildlife NGOs, had demanded that State governments evict those forest dwellers whose claims over traditional forestland under the Scheduled Tribes and Other Traditional Forest Dwellers (Recognition of Forest Rights) Act, 2006, known simply as the Forest Rights Act (FRA), had been rejected. On February 28, the court stayed its controversial order and asked the States to submit details on how the claims of the dwellers were decided and the authorities competent to pass final rejection orders.

What is Forest Rights Act?

While the Supreme Court has now made it clear that there will be no forcible eviction, what the order has succeeded in doing is resuscitating a sharp binary between the human rights- and wildlife rights-based groups that have for decades tried to swing public opinion in their favour. The wildlife groups who went to court argue that implementation of the FRA could lead to ‘encroachments’ and fresh clearance of forestland for human dwellings. The human rights groups have argued that the FRA was passed by Parliament and is aimed at correcting historical injustices to traditional forest dwellers who, since colonial times, have been subject to a cycle of evictions. Since colonial times, as governments asserted their control over forests, India’s forest history has become a cycle of evictions from forestland and rebellions by forest dwellers.

Now, here’s the problem. Both groups have been so locked in ideological debates — whether in the courtroom or on social media — that they have failed to protect what could potentially have been beneficial to their respective interest groups: the forest. The FRA was meant for forest dwellers, but it could have also been a powerful tool for conservation. Sadly, both sides have propagated misinformation to garner support for themselves.

Before eviction: on SC verdict on forest-dwellers

The first myth that needs to be busted for the wildlife lobby is that when a right is recognised of a forest dweller/Adivasi on a piece of land, it doesn’t mean that he/she will cut down all the trees in that area. This is often the strongest note of dissonance between the two groups — the implication that recognising rights on forestland is the same as clear-felling that forest. Therefore, to argue that the rights of millions of forest dwellers have been recognised through the Act does not mean that the forest is a pie to be divided. On the other hand, when forestland is ‘diverted’ for big development projects, like mining or highways or roads, it is actually clear felled or submerged. If this fundamental difference between ‘recognition of rights’ and ‘diversion’ were accepted, the groups at loggerheads would in fact find grounds for commonality.

It is in fact the Supreme Court that paved the way for this commonality in 2013 when it asked the gram sabhas to take a decision on whether the Vedanta group’s $1.7 billion bauxite mining project in Odisha’s Niyamgiri Hills could go forward or not. It thus affirmed the decision-making power of the village councils of Rayagada and Kalahandi under the FRA. All 12 gram sabhas unanimously rejected mining in the hills.

Without land or recourse

Again, in 2016, it was the FRA that was invoked by the National Green Tribunal (NGT) when the people of Lippa in Himachal Pradesh were given the powers to decide whether or not they wanted a hydel power project in this area. The project would have led to submergence of forestland and also caused heavy siltation in the river.

When wildlife groups point towards the thousands of ‘bogus claims’ that are being filed and that should be rejected, what should not go unnoticed is that the state in fact is not always keen to recognise the rights of people in forest areas (even if it may get them votes) as it becomes tough to ‘divert’ land for big projects. A case in point is the Mapithel Dam that is under construction in Manipur. Once commissioned, it will submerge 1,215 hectares (ha) of land, 595 ha of which are under forest cover. In 2015, the NGT had asked for the state to seek forest clearance for the project. To obtain forest clearance, the State government would have to prove that the rights of the tribal people and forest dwellers would not be affected. However, the State government refused to recognise the rights of the people living there since it was keen to construct the dam.

There have been hundreds of cases that offered both these divergent groups the opportunity to come together for the cause of the environment and communities. Can the two groups put down their metaphoric swords and use their powers to fight the battle that needs to be fought?

Likewise, could not the same wildlife NGOs which filed this petition in the Supreme Court have joined hands with the local communities and used the FRA to challenge big development projects coming up on forestland instead? Human rights groups too cannot be absolved of blame. Most of them have been quick to respond when the judiciary steps in, but have been missing when it comes to the tedious groundwork of working with the gram sabhas and ensuring that genuine claims are filed. The same human rights groups did not come forward to fight cases that could have helped conservation as well as the people who live in those areas. Both groups have failed the forest. There is a chance to correct the historical injustice has been inflicted on the people and to India’s forests. And it is through the FRA that India can achieve that aim.

Bahar Dutt is an environment journalist