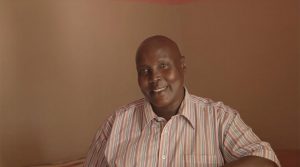 (April 2, 2018) - Today, charges against Pastor Omot Agwa, an indigenous land rights defender from the Gambella region of Ethiopia, were finally dropped by an Ethiopian court.

In March 2015, Pastor Omot was arrested in Addis Ababa while attempting to travel to Kenya to attend a food security conference. For six months, he was detained without charge, denied access to legal representation, and endured torture and solitary confinement. Then, in September 2015, Pastor Omot was charged as a terrorist on the preposterous claim that the food security workshop he was trying to attend—organized by Anywaa Survival Organization (ASO) with support from the international organizations Bread for All and GRAIN—was a “terrorist group meeting.”

Pastor Omot is a dedicated advocate for land rights in Ethiopia’s Gambella region. In 2014, he worked as an interpreter for the World Bank Inspection Panel’s investigation into the forced displacement of indigenous Anuak during the Bank’s Promoting Basic Services (PBS) program. Just one week after the Inspection Panel’s scathing report was released, Pastor Omot notified international colleagues that he was facing threats and increasing pressure from Ethiopian security officials because of his participation in the investigation. Very shortly thereafter, he was arrested.

“Pastor Omot provided an important service for the World Bank’s Inspection Panel, but the Bank failed to take action when he was detained, arrested, and tortured for this work,” said Anuradha Mittal, Executive Director of the Oakland Institute. “The Bank did exactly the same to the Anuaks—actively disregarding their own massive failures and shortcomings when abuses were revealed. This failure of an institution that purportedly helps the poor is appalling and donor governments must hold it accountable.”

The Inspection Panel’s report, released in early 2015, found an “operational interface” between the PBS program and the Ethiopian government’s horrendous villagization scheme, which forcibly displaced indigenous communities from their land to make it available to foreign investors. However, as the Oakland Institute exposed in its report Moral Bankruptcy, rather than addressing these significant problems, the Bank chose instead to quietly end the PBS program and launch a nearly identical program under a new name, which continues in Ethiopia today with $600 million of funding from the Bank.

After nearly two years in jail, Pastor Omot was released on bail in January 2017. Over the past year, Ethiopian authorities continually rescheduled his court dates and withheld his passport, preventing Pastor Omot from having his name cleared, traveling to get medical attention, and seeing his wife and children in Kenya.

“Today, as we celebrate Pastor Omot’s release, we also recognize the many courageous indigenous leaders, journalists and land rights activists who are still under attack in Ethiopia,” said David Pred, Executive Director of Inclusive Development International. “We call on the World Bank and its donors to stop writing blank checks to oppressive governments and funding destructive projects that displace people, and start standing up for those who risk their lives and liberty in the defense of justice and human rights.“

Read more about the Anuak complaint to the World Bank Inspection Panel here.