In former Soviet states, a new tech‑savvy resistance is stirring

In former Soviet states, a new tech‑savvy resistance is stirring

Barbara von Ow-FreytagFrom Russia to Armenia to Belarus there has been a surge in online justice campaigns. And it’s making a difference 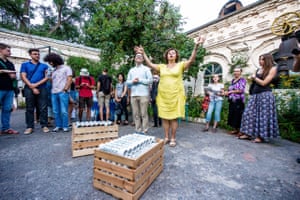 An exciting wave of innovative activism is emerging across the former Soviet Union. I work for an organisation that supports civic activists and I see a new energy, self-belief and creativity that defies the pessimism permeating western debates about civil society in the region.

What’s refreshing about these Generation Z activists is that they’ve linked up with designers, tech experts and artists to test new forms of advocacy, campaigning and storytelling. This has led to a surge of online multimedia campaigns and interactive games on social issues. Some have used chatbots to offer instant support to victims of human rights abuses.

The EU’s response to Russia must be bold and unanimous

In Russia, an experimental interactive online film launched by the independent news outlet Takie Dela tells the story of Katya, a young Russian girl living with the stigma of HIV. Viewers are invited to step into Katya’s shoes and are confronted with her life choices. It’s been an instant success, attracting up to 800,000 views in just a few months. Starring well-known young Russian actors, and with accessible dialogue and a slick production, the film reaches more people than a single NGO ever could.

This matters immensely in a country where the government has failed to cope with one of the fastest‑growing HIV epidemics in the world. Stigmatisation and ignorance are catastrophic. Local support groups are under growing pressure. They suffer from smear campaigns, funding cuts and being disconnected from international partners. Since the introduction of a law targeting NGOs as “foreign agents”, finding new ways to act is crucial. In December, yet another local HIV prevention NGO was forced to close, bringing yet more proof of why projects like Vsyo Slozhno have taken on a new importance.

This is Europe: stay close with the Guardian’s email updates

It isn’t just technology to which these new activists are turning. They’re filling a vacuum created by the growing rift between the government and ordinary Russians. In a recent study, 94% of Russians said they no longer rely on the state to solve their problems. That amounts to a breakdown of the “social contract” on which Vladimir Putin’s regime has long relied. It also gives Generation Z groups a chance to expand.

Takie Dela is a frontrunner, combining in-depth journalism with direct support for charities working on issues it writes about. Last year it attracted 250,000 online donations. Other recent fundraising campaigns launched by Transparency International Moscow, as well as the independent Novoe Vremie (New Times) newspaper, which had been slapped with court fines, have also been successful – surely a sign of a new willingness among Russians to defend and support independent civil society.

And it’s particularly encouraging to see this apply to “harder” human rights issues such as prison conditions and torture. Studies show Russians no longer list “strong government” but “justice” as their primary demand, and rights groups are beginning to respond to this shift. Some merge activism with journalism, design, art and film. 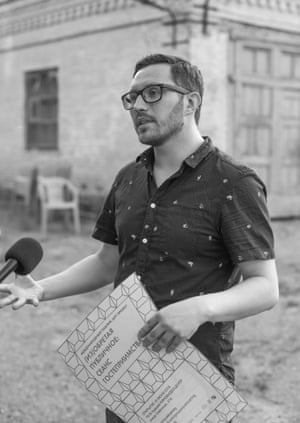 Team 29, a St Petersburg-based group defending media freedom, brings together lawyers and journalists. It runs an information platform that provides quality reporting on court cases, new legislation and human rights violations. It produces animated digital handbooks (such as “How to go to a protest and not mess it up”), as well as an online game offering advice on how to behave if you’re detained. With 75% of its users younger than 35, it manages to engage new audiences compared with more traditional human rights organisations.

This civic shift isn’t happening just in Russia. In Armenia, the optimism and energy of young civil society is contagious. Anyone still convinced that all is doom and gloom in the post‑Soviet era should pay a visit. Last year, young tech-savvy activists played a key part in encouraging citizens to take to the streets – a grassroots mobilisation that led to the resignation of the prime minister. Their communication skills also ensured the protests remained peaceful.

In Belarus, digital campaigners have built a website to help citizens. The response prompted the government to amend a controversial law on pension reform. Daria Sazanovich, who describes herself as a “socially engaged illustrator”, uses drawings and cartoons to raise awareness of the need for change. NGOs “are often caught in facts and figures”, she says. “We know how to better reach audiences.”

In Azerbaijan, where civic space is practically closed, exiled activists are connecting with those at home. Meydan TV, an online TV channel run from Berlin, reaches an audience of more than 500,000 inside Azerbaijan. Meanwhile, a popular Azerbaijani rapper Jamal Ali, who now lives in Germany, has gone viral with hard-hitting lyrics against corruption and injustice.

The new activists like to reach out to the public through art. In the southern Russian cities of Volgograd and Vladikavkaz, Anton Valkovsky, a young curator, organises “micro-interventions” in public squares and abandoned buildings as a way of prompting debate about social issues such as poor urban management, neglect of the elderly and historical memory. “Participatory art is simple, cheap and productive,” he tells me. “It involves citizens in a way that classical civic activism alone often can’t.”

These groups may seem marginal in countries that are marked by rising authoritarianism, but they’re drawing attention to concrete problems such as health issues, air pollution, social stigmas and bad governance.

This is the first genuinely post-Soviet generation of activists. They’re using technology and humour to connect, in ways that set them apart from their predecessors. They’re proving to be more active, dynamic and resilient than many of us expected. Theirs is probably a long struggle, but their innovative spirit gives them a fighting chance. They deserve our support. 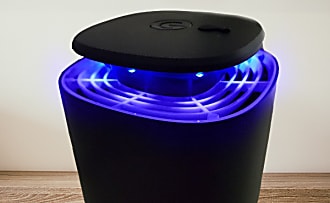 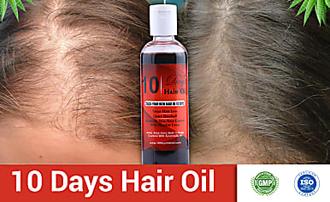 Do this '10 Days' Hair Oil Before Bed To Regrow Your HairWWW.M.10DAYSHAIROIL.COM 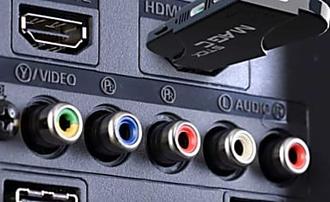 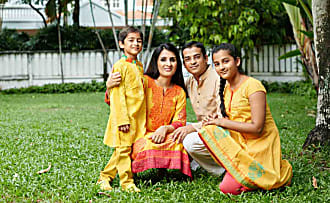 Marc709 Jan 2019 16:04This comment was removed by a moderator because it didn't abide by our community standards. Replies may also be deleted. For more detail see our FAQs.

What’s refreshing about these Generation Z activists is that they’ve linked up with designers, tech experts and artists to test new forms of advocacy, campaigning and storytelling. This has led to a surge of online multimedia campaigns and interactive games on social issues. Some have used chatbots to offer instant support to victims of human rights abuses.

I work for an organisation that supports civic activists and I see a new energy, self-belief and creativity that defies the pessimism permeating western debates about civil society in the region.

Hope they carry on and succeed in helping people in areas where the governments are more interested in self-enrichment than the development of their countries for the good of their people. Belarus, Russia, Azerbaijan, Armenia before the revolution last year, all fall into that basket.