Scores Dead in Bangladesh Fire: ‘This Isn’t About Poverty, It’s About Greed’ 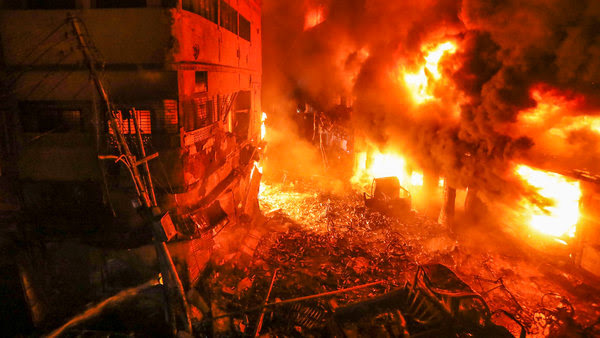 NEW DELHI — The streets were packed Wednesday night when the first explosion ripped through the air.

A car powered by compressed natural gas was traveling through a bazaar in Dhaka, Bangladesh’s capital, when the cylinder stored in the back exploded, witnesses said.

The blast flipped the car. It then ignited several other cylinders that were being used at a street-side restaurant. Then a plastics store on the ground floor of a nearby building caught fire. Then a small shop that was illegally storing chemicals burst into flames.

A wall of fire surged across the street, engulfing bicycles, rickshaws, cars, people, everything in its path. The inferno claimed at least 70 lives in one of the most historic neighborhoods in Bangladesh, a country where hundreds have died in recent years in fires that tore through crowded, unsafe structures, and where a promised crackdown on building violations has fallen short.

“So many people were trying to escape,” said Mohammad Rakib, a restaurant manager, who watched a rickshaw driver try to outrace the flames and then get burned alive.

“I was so terrified,” he said, “I ran out of the restaurant and left behind all the money.”

Bangladesh, one of Asia’s poorest countries, is very crowded — it is about the same size as Iowa, but, with 170 million people, has more than 50 times the population. Those conditions, however, tell only part of the story.

“This isn’t about poverty, it’s about greed,” said Nizamuddin Ahmed, an architect in Dhaka. “The people storing these chemicals in residential buildings are rich — they have cars, nice homes, children studying abroad.”

Government officials need to “knock on doors and tell these businesses to get out and get lost,” he said. 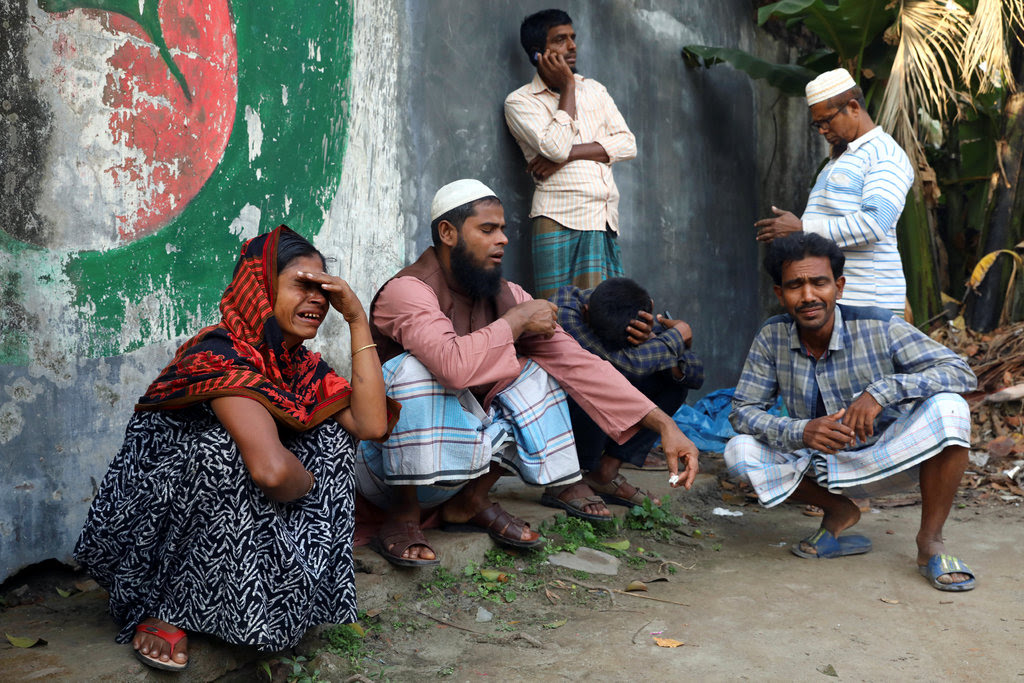 By the time the fire brigade quenched the flames on Thursday morning, the neighborhood, Chawkbazar, resembled a war zone.

Mangled cars, all the paint scorched off, sat with their doors hanging half open. Blackened shards of metal poked up from the ground. Firefighters and volunteers carried the bodies away in clean white bags.

At nearby hospitals, families packed the hallways, craning their necks to glimpse handwritten lists of the living and the dead that had been taped to the walls.

“Why has this nightmare happened to me and my children?” cried out a young mother named Mukta who was all but certain that her husband had died. “What will I do now?”

Sadly, none of this is new. In Bangladesh, fire and safety disasters come one after the other.

In 2010, more than 120 people died in a Dhaka fire that started when an electrical transformer exploded and ignited chemicals that were being illegally stored in shops on the ground floor of a residential building — a strikingly similar situation to Wednesday night’s.

In the inferno nine years ago, as in the most recent one, fire engines trying to reach the area were slowed by impenetrable traffic.

After the 2010 fire, government officials vowed to take strong action against building violations. Dhaka has clear zoning rules: For instance, it is illegal to store dangerous materials, such as the chemical compounds used to make plastics, in a residential building.

But these rules are often ignored because of lax enforcement or, sometimes, corruption. Analysts said that wealthy business owners routinely paid off government officials or simply lied about where their businesses were really located.

In 2012, a fire broke out at a garment factory on the outskirts of Dhaka. Gigantic piles of yarn and fabric fueled the flames, which burned for more than 17 hours before firefighters extinguished them. 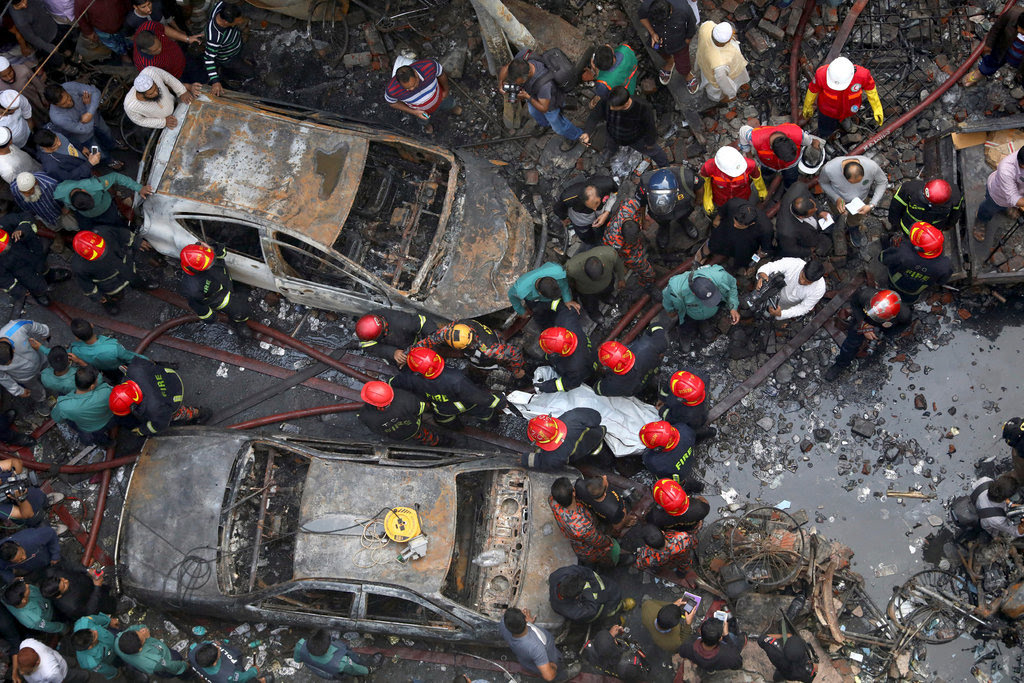 It was later discovered that the factory’s fire escapes had been very narrow, trapping dozens. In the end, more than 115 people, mostly poor factory hands, died.

Less than a year after that, an even deadlier disaster struck the garment industry, when an eight-story building in a Dhaka suburb collapsed, killing more than 1,100 people.

Fire officials said on Thursday that they were investigating what exactly had happened in the latest blaze.

The United States Energy Department says that natural-gas-powered vehicles are generally as safe as or safer than those that use gasoline. While private passenger vehicles powered by natural gas are relatively rare in the United States, the Asia-Pacific region is the biggest market for such cars.

A doctor at a government hospital said that dozens of people had been horribly burned in the fire and that some had damaged lungs from inhaling toxic gases, perhaps the burning chemicals.

The fire broke out at a busy intersection in Chawkbazar, which is in a part of town often referred to as Old Dhaka. It is full of teeming, serpentine streets so narrow that buses and big trucks cannot use them, another problem on Wednesday night as fire engines struggled to get in.

“The road was very crowded at the time,” said Mr. Rakib, the restaurant manager. “Terrified people on the street were trying to escape anywhere to save their lives.

Mr. Ahmed, the architect, noted that years ago the Dhaka authorities had succeeded in relocating tanneries from central Dhaka to outside the city, and he said that was what needed to be done now for businesses storing flammable chemicals.

“We’ve had success in raising awareness for other major public issues, such as family planning,” he said. “We can do this.”

Correction: Feb. 22, 2019Because of an editing error, an earlier version of this article and an accompanying caption misstated the number of people killed in the fire. According to officials’ accounts at the time, the toll was at least 70, not 110.