Fact: India is home to more than 30% of the world’s extremely poor people Fact: Uttar Pradesh accounts for 8% of world’s population living in extreme poverty Fact: 8 Indian states have more poor than 25 of the poorest countries in Africa Fact: There are 66 million poor people in UP alone, more than anywhere in the world Challenge: Panchayats in India, which will ensure SDGs are being taken to the state levels, are the weakest link

Even with a focused approach, India will face several challenges, external and internal, in implementing selected Sustainable Development Goals

Even before the historic 70th United Nations (UN) General Assembly meeting later this month formally adopts the Sustainable Development Goals (SDGs), they have become the centre of a raging controversy. At one end they have been described as “stupid development goals” and dismissed as “worse than useless” and unimplementable. At the other extreme they are seen as a magic formula to end extreme poverty and build global prosperity. The reality lies somewhere in the middle.

The SDG agenda negotiated by the UN membership over the past three years is, perhaps, the most ambitious roadmap ever drawn up by the world body. It lists 17 goals ranging from “Goal 1. End poverty in all its forms everywhere” through “Goal 10. Reduce inequality within and among countries” to “Goal 17. Strengthen the means of implementation and revitalize the Global Partnership for Sustainable Development” and a staggering 169 targets that need to be monitored and implemented by 2030.

In contrast the UN Millennium Development Goals (MDGs), adopted by countries in 2000 to reduce extreme poverty by 2015, had a mere 8 goals and 18 targets – less than half and around one-tenth – of the SDG goals and targets respectively. Yet, while many countries, including India, made significant progress they did not meet all the MDG targets. If the MDGs were relatively successful it is because of the domestic efforts of a single country – China – that pulled more people out of poverty than any other nation.

Similarly, UN experts opine that the overall success or failure of the SDGs will also be determined by the results of a single country – India.

Today India is home to more than 30 per cent of the global estimate of over one billion people who live in extreme poverty. Eight resource rich Indian states have more poor than 25 of the poorest countries in Africa. In fact, according to World Bank President, Jim Kim, a single Indian state – Uttar Pradesh – accounts for eight per cent of the world’s population living in extreme poverty. These 66 million are the largest number of poor anywhere in the world. If UP were to succeed the world would be well on its way to achieving SDG One.

The Narendra Modi government has already acknowledged India’s pivotal role and responsibility in ensuring the success of the SDGs. It has asserted that as many as 11 of the 17 SDGs – including “Goal 5. Achieve gender equality and empower a women and girls” and “Goal 11. Make cities and human settlements inclusive, safe, resilient and sustainable” – are already part of their agenda and that the prime minister himself will be present at the UN when these goals are adopted to underline India’s commitment.

India is sensible in being selective about the SDGs that it will focus on. Indeed, experts agree that it will be almost impossible for any country to achieve all the SDGs by 2030. The best option for their success would be for countries to prioritize goals.

However, even with this focused approach India will face several challenges, external and internal, in implementing their selected SDGs. Externally, India will have to raise adequate resources and also acquire the necessary technology to help achieve its SDG objectives. While effort has been made in this direction it is yet to achieve necessary results.

The internal challenges for India are even more daunting. While the MDGs were implemented primarily by the central government, there is broad agreement that the SDGs can only be achieved with the help of state and local governments, the industry and civil society. This all-of-government, cross- domain approach has not been undertaken before on such a scale. Although the newly constituted NITI Aayog is working towards creating this crucial alliance it remains a work in progress at best.

In particular the panchayat, which would be crucial to ensure inclusion at the local level, remains the weakest link. Similarly, the selective approach of the government in working with civil society is another hurdle to the success of the SDGs.

Finally, NITI Aayog, which also has the task of monitoring progress on implementation of the SDGs, will have to innovate to keep track of all 169 targets. Presently the organization struggles to monitor even the modest 25 indicators associated with the 12thfive-year plan.

These formidable challenges notwithstanding, were India to succeed in addressing them, it would not only help achieve the SDGs but would also put India (like China) on the path of becoming a global power.

A shorter version of this column first appeared in Mint, on September 13, 2015. Like other products of the Brookings Institution India Center, this is intended to contribute to discussion and stimulate debate on important issues. The views are those of the author. 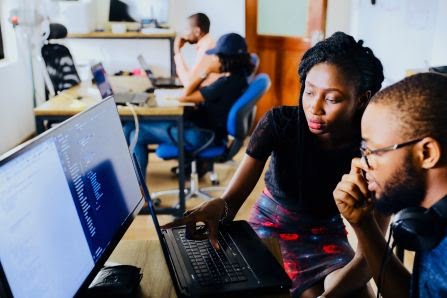 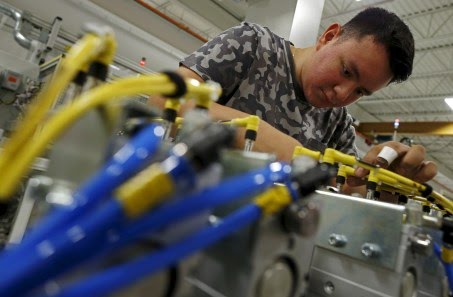 The promise of community colleges as pathways to high-quality jobs

Célia BelinWednesday, November 14, 2018Find us on FacebookFind us on TwitterFind us on YouTubeListen to our PodcastBrowse NewslettersSubscribe to our RSSLANGUAGESEspañol中文عربيAbout Us Research Programs Find an Expert For Media Careers ContactTerms and ConditionsBrookings Privacy PolicyCopyright 2018 The Brookings Institution