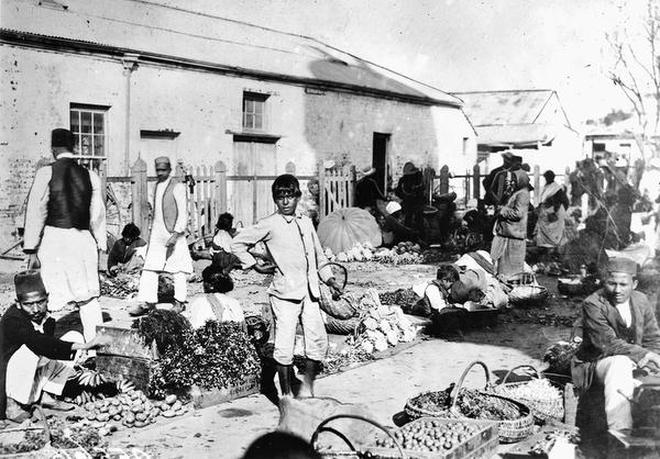 For India-South Africa relations to take shape, we need to move beyond Gandhi and the Indian diaspora

Walking through the former Indian township of Lenasia (south of Johannesburg) in November 2017, we met a Nigerian migrant listening to a Hindi song. Curiosity led to a brief conversation and he told us that while he could not follow the lyrics of the song, he found the music enthralling. Within minutes of the conversation, we met the friend from whose phone the migrant had copied the song. He told us that he had arrived less than a decade ago from Surat and works at a mobile shop in Lenasia.

The close links between India and South Africa from the perspective of migration is well known. There is vast documentation of historical migrant streams — from the arrival of indentured labourers in Natal in 1860 to the arrival of Indian traders after 1880. Durban, in particular, is known to host one of the largest concentrations of the Indian diaspora. Data from the Ministry of External Affairs (MEA) show the population of Overseas Indians in South Africa in December 2018 to be over 1.5 million: 60,000 Non-Resident Indians and 15,00,000 Persons of Indian Origin.

Little, however, is known about the new migrants to South Africa’s shores, like the Gujarati migrant we met in Lenasia. Why is the figure of the contemporary Indian migrant critical to consider, and should it be differentiated from an older diasporic Indian population in South Africa?

Post its democratic transition, South Africa witnessed an influx of migrants from developing countries such as Mozambique, Nigeria, Zimbabwe, Pakistan, the Democratic Republic of Congo, India, and Lesotho, who came to the country in the hope of social and economic success. These migration streams are reflective of wider shifts in global migration trends, of South-South migration emerging rapidly as a viable alternative in comparison to the costs of migrating to the Global North, or as an intermediate stop in further pursuit of migration to the Global North.

Indian migrants are driven to South Africa because of cultural relatedness and the presence of networks from the home country. In the Gauteng province, for instance, Indian migrants first arrive in areas with existing Indian concentrations, such as Fordsburg, Lenasia, and Laudium. Fordsburg is well known as one of the most vibrant places in Johannesburg, for its iconic Oriental Plaza and variety of street foods, halaal shops and Indian sweetmeats. New Indian migrants have set up businesses here alongside Pakistanis, Bangladeshis, and Egyptians. It is not uncommon to see Malawis assisting as cooks in dhabas (eateries) run by Indian and Pakistani migrants. The migrants have been critical drivers of businesses and employment generation in these and various other neighbourhoods.

Raman (name changed), who hails from Mumbai, and runs a telecommunications business in South Africa, remarks about setting shop in Fordsburg: “I moved from India to Dubai for two years. When I was doing business in Dubai, most of my clients were based in South Africa. So then I said, fine, there is some potential in the country, and because people are buying so much from us, from Dubai, if I move to South Africa, it will be good exposure for me and for them to interact with me on a day-to-day basis... I have a more intimate relationship with them.”

On the one hand, the influx of migrant groups has resulted in the exchange of ideas, goods and cultures at a micro neighbourhood/street level. The African migrant who listens to Bollywood songs in Lenasia symbolises this. On the other hand, not all is pleasant among the new Indian migrants and the South Africans of Indian origin. Even as South African Indians grapple with the idea of India as their homeland, their idea of South Africa as ‘home’ has given rise to antagonism towards the new Indian migrants. Furthermore, Indian migrant traders, alongside Chinese traders, have been at the receiving end of xenophobic attacks and violence. China Malls, the Oriental Plaza and other trading spaces have witnessed violent burglaries and break-ins. Much of this is driven by hatred stemming from the perception that migrants are taking away the jobs of local South Africans.

The real story, however, is that migrants have made positive contributions to South Africa’s economy and society. In fact, cities like Johannesburg are driven by migrants. Yet, this receives little attention in mainstream policy discourse or in bilateral/multilateral relationships.

Recent developments signal some change. Speaking along the sidelines of the African Union Summit in Kigali, Rwanda, in March 2018, President Ramaphosa “urged South Africans to welcome and embrace foreign nationals from the [African] continent,” arguing that movement of people allows for new opportunities for business and learning. More recently, at the informal meeting of BRICS (Brazil, Russia, India, China, South Africa) leaders in Buenos Aires, Prime Minister Narendra Modi spoke of the need for “smooth movement of labourers worldwide” in the context of managing labour relations in global value chains.

For India-South Africa relations to truly take shape in contemporary times, it is no longer enough to glorify the Indian diaspora or commemorate Gandhi’s role in South Africa, which have been the two key highlights of top-level foreign visits and meetings thus far. Contemporary India and South Africa need to recognise and harness the potential of new migratory flows. Only then can we realise our true strength as allies in BRICS or IBSA (India, Brazil, South Africa). The emphasis on skill development, South-South cooperation, and people-to-people contact, significant as it is, cannot be delinked from cross-border flows of people, who are rapidly transforming the employment and migration landscape in both countries. At the same time, free labour mobility on its own is not enough; we need measures to safeguard and uphold labour standards globally.