The Case for a Mixed Economy

The Case for a Mixed Economy

Maybe not everything should be privatized.

Dec. 22, 2018836There are private activities that could plausibly be made public, like utilities, which in some cases are publicly owned already.CreditEric Thayer for The New York Times 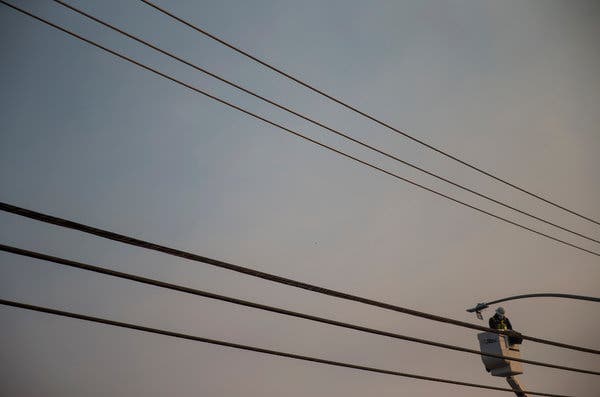 A mind is a terrible thing to lose, especially if the mind in question is president of the United States. But I feel like taking a break from that subject. So let’s talk about something completely different, and probably irrelevant.

I’ve had several interviews lately in which I was asked whether capitalism had reached a dead end, and needed to be replaced with something else. I’m never sure what the interviewers have in mind; neither, I suspect, do they. I don’t think they’re talking about central planning, which everyone considers discredited. And I haven’t seen even an implausible proposal for a decentralized system that doesn’t rely on price incentives and self-interest – i.e., a market economy with private property, which most people would consider capitalism.

So maybe I’m being dense or lacking in imagination, but it seems to be that the choice is still between markets and some kind of public ownership, maybe with some decentralization of control, but still more or less what we used to mean by socialism. And everyone either thinks of socialism as discredited, or pins the label on stuff – like social insurance programs – that isn’t what we used to mean by the word.

But I’ve been wondering, exactly how discredited is socialism, really? True, nobody now imagines that what the world needs is the second coming of Gosplan. But have we really established that markets are the best way to do everything? Should everything be done by the private sector? I don’t think so. In fact, there are some areas, like education, where the public sector clearly does better in most cases, and others, like health care, in which the case for private enterprise is very weak. Add such sectors up, and they’re quite big.

In other words, while Communism failed, there’s still a pretty good case for a mixed economy – and public ownership/control could be a significant, although not majority, component of that mix. My back of the envelope says that given what we know about economic performance, you could imagine running a fairly efficient economy that is only 2/3 capitalist, 1/3 publicly owned – i.e., sort-of-kind-of socialist.

I arrive at that number by looking at employment data. What we see right away is that even now, with all the privatization etc. that has taken place, government at various levels employs about 15 percent of the work force – roughly half in education, another big chunk in health care, and then a combination of public services and administration.

You have 4 free articles remaining.

Looking at private sector employment, we find that another 15 percent of the work force is employed in education, health, and social assistance. Now, a large part of that employment is paid for by public money – think Medicare dollars spent at private hospitals. Much of the rest is paid for by private insurers, which exist in their current role only thanks to large tax subsidies and regulation.

And there’s no reason to think the private sector does these things better than the public. Private insurers don’t obviously provide a service that couldn’t be provided, probably more cheaply, by national health insurance. Private hospitals aren’t obviously either better or more efficient than public. For-profit education is actually a disaster area.

So you could imagine an economy in which the bulk of education, health, and social assistance currently in the private sector became public, with most people at least as well off as they are now.

Then there are other private activities that could plausibly be public. Utilities are heavily regulated, and in some cases are publicly owned already. Private health insurance directly employs hundreds of thousands of people, with doubtful social purpose. And I’m sure I’m missing a few others.

By and large, other areas like retail trade or manufacturing don’t seem suitable for public ownership – but even there you could see some cases. Elizabeth Warren is suggesting public manufacture of generic drugs, which isn’t at all a stupid idea.

Put all of this together, and as I said, you could see an economy working well with something like 1/3 public ownership.

Now, this wouldn’t satisfy people who hate capitalism. In fact, it wouldn’t even live up to the old slogan about government controlling the economy’s “commanding heights.” This would be more like government running the boiler in the basement. Also, I see zero chance of any of this happening in my working lifetime.

But I do think it’s worth trying to think a bit beyond our current paradigm, which says that anything you could call socialist has been an utter failure. Maybe not so much?

Paul Krugman has been an Opinion columnist since 2000 and is also a Distinguished Professor at the City University of New York Graduate Center. He won the 2008 Nobel Memorial Prize in Economic Sciences for his work on international trade and economic geography. @PaulKrugman