Funding for social media advertising and manipulation could determine the outcome of Nigeria's February 16 vote.

by Nanjala Nyabola38 minutes ago 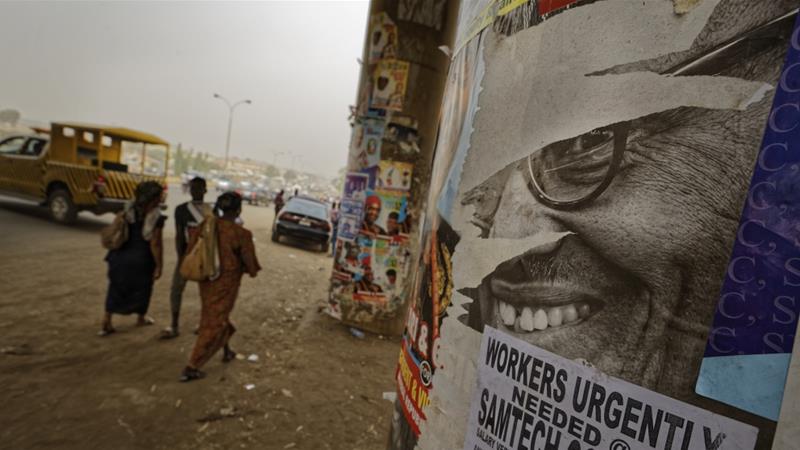 Elections are big business, and look no further than the ongoing frenzy over the upcoming Nigerian election for proof. It is hard to miss how much money is being made in both the main event and the ecosystem around it.

Politicians are no longer just candidates, but also brands, backed by elaborate merchandising and advertising apparatuses that are designed to catapult their public image to victory. Outside the core tug of war, media companies around the world wrestle for the attention of viewers, listeners and readers with elaborate, attention-grabbing infographics and chyrons.

The triumph of political style over substance in the capitalist election is almost complete, and with it the unparalleled influence of money over political decision-making. As Nigeria inches towards this critical vote, it does so in the shadow of profound questions about the changing nature of elections in Africa and beyond.

Over the last few years, there has been rising alarm over the role of social media in politics around the world. 2013 was arguably Kenya's first social media election, where candidates for the first time invested significant sums of money into shaping the behaviour and conversation of voters on these platforms.

A startling expose from the British journalist Carole Cadwalladr and others confirmed that similar tactics were deployed in crucial votes like the Brexit referendum in the United Kingdom and the United States general election in 2016. Political groups are spending considerable amounts of money on data analytics and data mining firms that specialise in consuming, digesting and regurgitating our online behaviour into political messaging.

In Kenya, media reports confirmed that investment in this industry had escalated considerably since the 2013 election, with both the ruling coalition and the main opposition party spending sizeable amounts of money on well-known firms specialising in these practices. Kenyan elections were already expensive and these investments only heightened the cost.

By some estimates, the average Kenyan politician spends $50m on their presidential campaign, but the ruling Jubilee Party allegedly spent $6m on Cambridge Analytica alone, the nominally defunct British firm that also worked on the US and UK votes.

These firms were also involved in the 2015 Nigerian elections, perhaps in a more sinister way, by playing on existing religious animosity that has in the past flared into inter-communal violence.

One of the major fears for analysts watching the February 2019 vote is whether these social media parasites will return. In this regard, the election in Nigeria will be a bellwether for the increasing anxiety over the role of foreign private companies in African elections.

Underneath this panic over social media lies a broader conversation on the changing nature of elections worldwide. Money is more influential than ever and normative ideas about democratic values are in decline.

In Africa, countries and institutions that are self-styled watchdogs of democracy are becoming increasingly apathetic, while the advance of a capitalist electoral system is coupled with the retreat of structures that civil society especially relies upon for mitigation or redress.

The January 2019 elections in the Democratic Republic of the Congo were instructive in this sense. As that vote demonstrated, election observation has become increasingly just a formality. The allegations of fraud were rampant, well-documented and rapidly disseminated.

Yet, with the exception of the Catholic Church within the DRC, the people and institutions that have always insisted on the need to preserve elections chose to look the other way, hoping to keep the country "stable", or - more accurately - profitable.

This suggests that in many countries, the electoral race is no longer about voting. Rather it has been turned into a performance piece aimed at rubber-stamping the international political status quo and the domestic elite consensus, even as they falter and fail to deliver.

More and more, the real decision-makers are those who can use their money more efficiently to tilt the scales in their own favour - basically, those who invest the most in branding and advertising, in lobbying foreign nations, or even as in Kenya, in manipulating the electoral system directly.

For voters, the process of achieving truly representative or inclusive government has never been more difficult.

Indeed, the issue of psychometrics and social media analytics is the tip of the iceberg when it comes to examining how money is undermining the integrity of electoral systems around the world.

When financial gain trumps all other consideration, our collective tolerance to injustice increases, leaving many who don't have access to power or influence vulnerable to the whims of the people with the deepest pockets.

These practices are grounded in standard advertising, marketing and PR methods. However, it is one thing to use them for highly targeted advertising to sell jeans and a completely another thing to spend one's term leeching the treasury to amass unmatched wealth and then use it to influence the political will of a country through PR schemes.

Political advertising should be a special class of its own, separated from the vagaries of advertising in general. The stakes are different, especially because the outcome will have an impact far beyond the individual or company buying or selling these services.

Such advertising is restricted on traditional media in many countries - with candidates forced to declare what they have paid for certain types of content. But the law and practice have failed to keep up with the behaviour online, leaving the door open for the kind of disproportionate spending and subsequent political compromise that has left faith in electoral democracy in countries like Kenya and the DRC shaken.

Money and politics have always been closely connected, but the idea of electoral democracy is to give people a little bit of the power back - "one person, one vote", not "one dollar, one vote".

The lesson from studying the role of social media on recent elections is that this is changing dramatically. Advertising changes everything, and we aren't quite able to grasp its massive scale yet.

Thanks to the tenacity of journalists around the world, the ugly underbelly of corporatisation of politics around the world has been dragged into the open. Social media companies have been forced to make adjustments to the standards they use in permitting political advertising, but they have not gone far enough.

On Saturday, Nigeria will be a test for how much we have all learned since 2016. 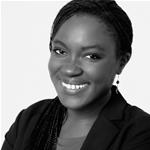 Nanjala Nyabola is a political analyst and the author of the forthcoming book "Digital Democracy, Analogue Politics".