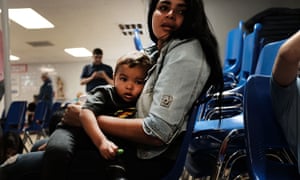 The Trump administration may have separated thousands of migrant children from their parents at the border for up to a year before family separation was a publicly known practice, according to a stunning government review of the health department’s role in family separation. 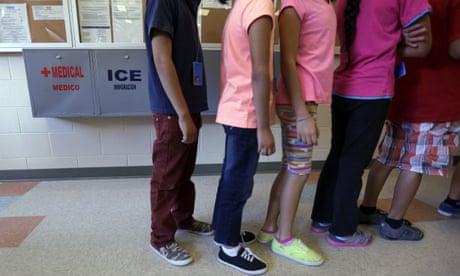 The US detention center where sick children receive ‘the bare minimum'

“The total number of children separated from a parent or guardian by immigration authorities is unknown,” the report said.

This report shows that not only did the US government probably separate thousands more children from their parents than previously thought, but it was separating families well before the policy was made public in April 2018.

In the summer of 2017, one year before the general public knew mass family separations were taking place, officials at the health department’s Office of Refugee Resettlement (ORR) observed a steep increase in the number of children referred to ORR care who had been separated from their parents or guardians by the Department of Homeland S

Usually, children put in health department care have traveled to the border without a parent or guardian. The health department then works to place them in the home of a sponsor, usually a relative or someone close to their family. If a sponsor cannot be found, children are put in foster care.

Occasionally, children would be separated from the adult who they traveled with but, the OIG report said: “Historically, these separations were rare and occurred because of circumstances such as the parent’s medical emergency or a determination that the parent was a threat to the child’s safety.”

In response to the unusual increase in children whom the government separated from their families, officials began informally tracking separations using an Excel spreadsheet that was later processed into a database. This process was not formalized.

This informal tracking revealed that in 2016, of all the children in ORR care, 0.3% had been separated from a parent or guardian. By August 2017, the proportion of separated children had risen to 3.6%, according to the report.

“Thousands of children may have been separated during an influx that began in 2017, before the accounting required by the court, and HHS has faced challenges in identifying separated children,” the report said.

It was not until April 2018, however, that the Trump administration publicly announced it was changing the law to make more family separations possible.

That month, the US attorney general, Jeff Sessions, announced the “zero-tolerance” policy that would allow parents to be held in immigration detention while children were put in health department custody. Advocacy groups had been warning for months that family separations were already taking place, but widespread public outcry against the practice did not emerge until after Sessions announced the policy.

A week later, a federal judge ordered 2,600 children to be reunited with their parents in response to a lawsuit brought by the American Civil Liberties Union (ACLU).

Lee Gelernt, the deputy director of the ACLU’s Immigrants’ Rights Project and lead attorney on the family separation case, said the civil rights group would return to court in response to the OIG report.

“This policy was a cruel disaster from the start,” Gelernt said. “This report reaffirms that the government never had a clear picture of how many children it ripped from their parents.”

There had not been a centralized system in place to identify, track or connect separated families, according to the report, but the government had to create a process to identify quickly and reunite families in compliance with the court order.

In the OIG report, the health department said in the five months following the order, it was still identifying children who should have been considered separated but were not being clearly tracked in government systems. So far, 2,737 separated children have been identified.

Those children are separate from the new estimate included in Thursday’s report, which said: “The Court did not require HHS to determine the number, identity, or status of an estimated thousands of children whom DHS separated during an influx that began in 2017.”

The health department’s Administration of Children and Families (ACF), which oversaw care of separated children, emphasized its role in family separation was the care of children, not in enforcement of separations.

Lynn Johnson, assistant secretary for ACF, wrote in a letter included with the report that the agency has also introduced new processes to track separated children.

Despite the OIG’s findings, warnings from child advocates and public outcry, the Trump administration has not ruled out bringing family separation back in a different form.

In November, Trump’s nominee to run US Immigration and Customs Enforcement (Ice), Ronald Vitiello, declined to rule out the possibility that the US could again separate families at the border. And the Trump administration has reportedlyweighed family separation alternatives including a “binary choice” plan that would give parents the option to separate voluntarily or be detained together for years.