OCHA/Leni KinzliNew arrivals in Teacher’s Village in Maiduguri, Nigeria, after the attack in Baga at the end of December 2018.18 January 2019Peace and Security

Amid reports that Cameroon is forcing several thousand Nigerians to return to Borno state in the country’s crisis-gripped north-east, the United Nations refugee agency (UNHCR) deplored the move, saying it has put lives “at risk”.

“We are gravely concerned for the safety and well-being of all these people”, UNHCR said in a statement.

On 16 January, 267 Nigerian refugees, who had crossed into Cameroon in 2014, were forcibly returned. 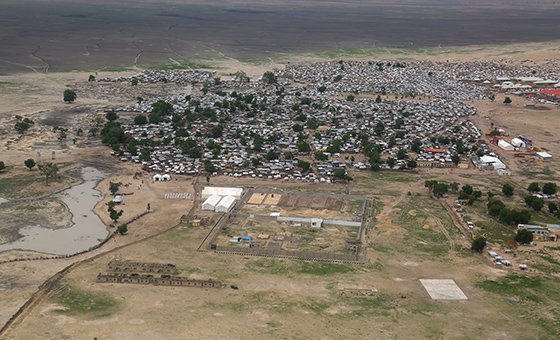 And at dusk on 14 January, militants attacked and ransacked the small border town of Rann, about 10 kilometers from the Cameroon border, which continued into the next day, targeting military installations, civilians and humanitarian facilities. At least 14 people were reportedly killed and an estimated 9,000 fled to Cameroon.

“This action was totally unexpected and puts lives of thousands of refugees at risk,” said UN High Commissioner for Refugees Filippo Grandi.

“I am appealing to Cameroon to continue its open door and hospitable policy and practices and halt immediately any more returns and to ensure full compliance with its refugee protection obligations under its own national legislation, as well as international law”, Mr. Grandi stressed.

North-eastern Nigeria has been particularly hard-hit by the insurgency being waged in the region since 2009.

Meanwhile, according to Edward Kallon, the country’s UN Humanitarian Coordinator, the deadly attack interrupted aid delivery to some 76,000 internally displaced people in Rann. 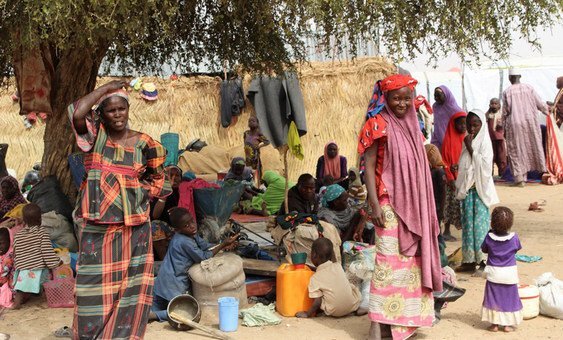 New arrivals in Gubio Camp in Maiduguri, Nigeria, following the attack in Baga. As the camp doesn't have enough shelters, people are sleeping on mats under trees., by OCHA/Leni Kinzli

“The attacks on Rann, that are increasingly frequent, are having a devastating impact on the civilians taking refuge in this isolated town and severely affecting our ability to deliver life-saving aid to women, men and children in need,” he said.

The attackers looted or destroyed a medical clinic, humanitarian supply warehouses and aid workers’ accommodations, and burned down the nearby market and camp shelters.

At present Rann is inaccessible to international humanitarian organizations both by road and by air.

"This attack has spread fear among an already vulnerable population, and humanitarian assets were also targeted”, stated Mr. Kallon. “I urge the Government of Nigeria to protect civilians, including aid workers".

Now in its tenth year, the conflict in north-east Nigeria has triggered massive displacement and caused a severe humanitarian crisis with more than seven million people in need.

In addition to the Rann attack, clashes in other local government areas in northern Borno state have forced more than 43,000 people to flee their homes since November, with more than 32,000 taking refuge in Maiduguri, the Borno capital – many converging on already congested camps.