I work with refugee women, and know how hard it can be to stay optimistic. Even small positive steps should be celebrated 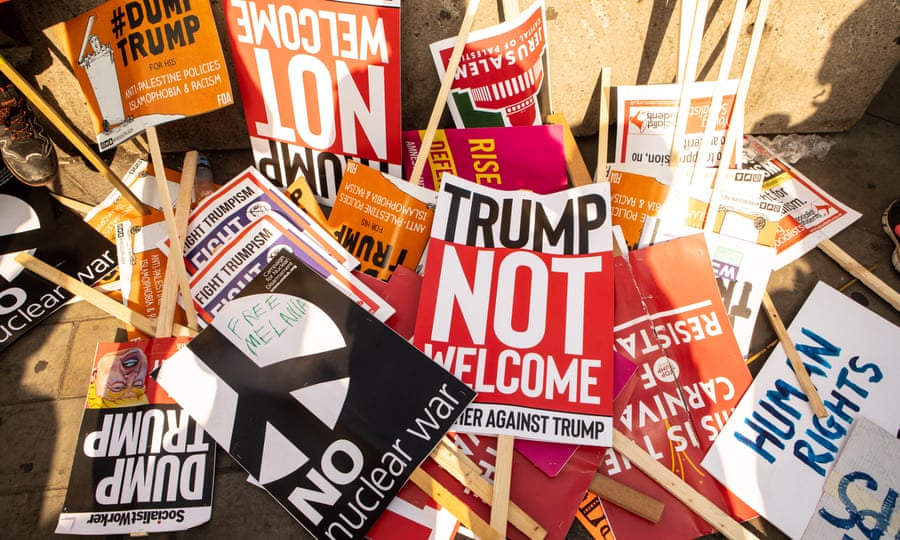 “Leftwing people are always sad because they mind dreadfully about their causes, and the causes are always going so badly.” So said the Nancy Mitford heroine who fell in love with a communist, and there is an awful ring of truth to her words. That sadness has started to seem relentless lately. I won’t parse the reasons, since my readers will know them all too well. Suffice it to say that the headlines are constantly terrible, and the unreported detail often worse. Campaigns that start with energy keep getting dragged down into factions and splinters, mud-slinging and taunts. And sometimes personal tragedies align with political setbacks in a way that feels impossible to rise above. One of the most powerful influences in my political as well as my private life has been my mother, who first took me to a protest in 1967 at Aldermaston when I was three months old, and later introduced me to feminism. A month after she died last year I went to a women’s march alone and stood there rain- and tear-streaked, feeling as if I’d lost my compass.

Is compassion fatigue inevitable in an age of 24-hour news?

Keeping hope alive is not, therefore, something that has felt easy recently. But it also feels essential. I spend my working life alongside refugee women, and being with marginalised women teaches me that stepping out of the political arena would be a terrifically privileged step to take. It isn’t possible to suggest to women who are fighting for their basic right to survive that they could just practise self-care, eat more chia seeds and do more yoga.

I’m not saying that political activism has to dominate your life. All well and good if that’s what you choose, but for me and probably for most, the tally of a life well spent will be skewed more to family and friends, love and laughter, than to demos and meetings. But stepping away from activism completely doesn’t feel OK, not when so many people are teetering on the brink of disaster. I don’t want to lose touch with the possibility of a better future, even if the change each of us can make is very limited right now. So, here are three things I’ve learned that help me to stay in touch with hope.

1. Pull yourself out of the online swamp

The first is completely obvious but weirdly hard to do. Instead of being active online, be active in everyday life – it can be a tonic. As Gloria Steinem said, “Obviously, there are huge advantages to the web, but it is not the same as being together in a room … You cannot empathise with each other in the same way as when you use all five senses.”

Sitting with people rather than their online avatars helps you to see what you can do together despite your differences. You learn to shift your point of view rather than entrench it; you recognise the integrity of others’ motives. And then when things do get bitter or your campaign fails, there are people around you whose support you can count on.

2. Build on the local level

In the work I do with refugee women, we’ve set up a weekly centre where women can get support and build skills to advocate for change themselves. There are tons of similar initiatives throughout the country that provide different narratives from the dominant political themes. While we mustn’t mistake sticking-plaster solutions for real change, it’s heartening to see how people are getting together to show that another world is possible.

I don’t mean that we should be complacent and give up as soon as a little milestone is achieved, but a bit of progress is something from which to take heart. It’s weird that the left can be so reluctant to celebrate our own wins, when our history gives us so many reasons to hope. I can be a real bore about feminist history, banging on to younger women not to forget their foremothers, but I do it for good reason – so that people can see how it isn’t unrealistic, but totally in line with reality, to expect improvements in the current situation.

After all, there is still progress happening here and now, despite the torrents of awfulness. There is the rise of awareness triggered by #MeToo that has been such a boost for the women’s movement. And even in the beleaguered refugee movement, persistent campaigning against detention in the UK has resulted in small policy reforms and some pilots for wider change. Not a revolution, not yet, but an increase in humanity for some of the most vulnerable people in our society, and something worth holding on to as we try to move forwards.

I’d love to hear more on why others are staying in the struggle: the practical steps people are taking or the solidarity they are building. Because unless we start to build more positive stories, the same headlines of despair will dominate our future as well as our present.

• Natasha Walter is director of Women for Refugee Women and author of Living Dolls: The Return of Sexism