UK is in technological arms race with its foes, warns MI6 chief

The UK is in a technological arms race with hostile states who are using the tools of the information age to pose existential challenges to Britain’s national security, the head of MI6 warned on Monday.

In a rare speech, Alex Younger said British intelligence agencies had to “innovate faster than they can” as the country’s adversaries turn to cyber-attacks, disguised use of military force, misinformation and political obfuscation to probe and undermine Britain’s institutions and defences.

Though his remarks appeared primarily aimed at Russia, Younger also admitted there are emerging issues over China’s dominant position in the development of game-changing new technologies.

“Power, money and politics [are] going east ... it is all getting more complicated.”

Delivering only his second speech since he became “C” four years ago at the Secret Intelligence Service (SIS), Younger attempted to set out how the threat to the UK has evolved in recent years, and how his agency, which has always had agent recruitment and handling at the core of its work, is having to adapt fast.

Younger said he had “witnessed the damage new technologies can do in the hands of a skilled opponent unrestrained by any notion of morality”.

He added: “We have to keep adapting ... we are evolving again to meet the threats of the hybrid age … our task now is to master the covert action of the data age.

“Much of the evolving state threat is about our opponents’ increasingly innovative exploitation of modern technology. So put simply we’ve got to innovate faster than they can.” 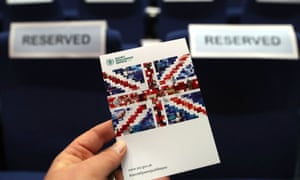 Younger directly challenged Russia, saying the UK’s response to the “egregious” Skripal nerve agent attack in Salisbury should be seen as a warning. 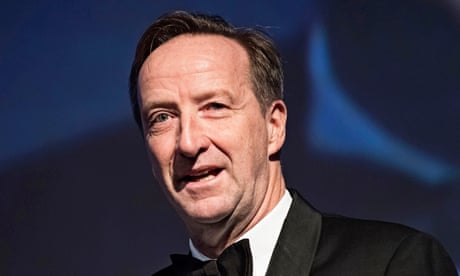 “Our intention is for the Russian state to conclude that whatever benefits it thinks it is accruing from this activity, they are not worth the risk … we can do this to any opponent, at any time.”

Asked whether MI6 could have done more to protect Sergei Skripal, the former Russian agent who resettled in the UK, Younger took an unscripted swipe at the Kremlin.

“Mr Skripal came to the UK in a US-brokered exchange, having been pardoned by the president of Russia. To the extent that this has any meaning, that is not an assumption we will be making again.” 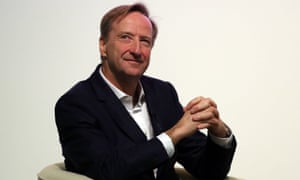 In a question and answer session following his speech, Younger said there were difficult decisions to take regarding China, which is leading the way in worldwide technological and telecoms innovation.

The Chinese firm Huawei is developing 5G technology, but Younger noted that some countries, such as New Zealand, have raised concerns about the company.

“We need to decide the extent to which we are going to be comfortable with Chinese ownership of these technologies and these platforms in an environment where some of our allies have taken quite a definite position,” said Younger. “It’s not wholly straightforward.”

But he admitted agents had died providing information that had helped to thwart attacks in the UK, France and Germany in recent times.

“We have asked our agents, the people who agree to work in secret for MI6, to do extraordinary things and run great risks. And I will not hide from you that some have paid the ultimate price. Our country and our allies owe them a debt they can never truly know and never fully repay.”

Asked about the murder of Jamal Khashoggi, Younger reiterated the official Foreign Office line, describing his death as an “appalling and shocking act” which had already led to frank conversations with Saudi Arabia.

He said he was perplexed by the circumstances surrounding the imprisonment of Matthew Hedges in the UAE, where he was accused of being an MI6 spy before being pardoned.

“I genuinely can’t understand how our Emirati partners came to the conclusions they came to,” he said.

In a sometimes personal speech, Younger described how his work for SIS had started in the Balkans in the 1990s, travelling under a false name and spending “many nights drinking obscure homemade alcohol” to win the confidence of sources.

Later, he had been in Afghanistan after the 11 September attacks. He admitted some of the agency’s officers “were sent into a situation for which they were not fully prepared, and it took SIS too long to rectify that”.

Drawing on his own experiences of St Andrews, where he graduated in the 1980s, Younger said he thought the “lack of distraction in this corner of Fife” compared to other universities had been a good grounding for his work in MI6, and the careers “of the surprisingly large number of St Andrews graduates in the ranks of SIS”.

“I am a spy. And less is more. This is only my second public speech in four years, and you might have to wait quite a long time for another one.”

… we have a small favour to ask. Three years ago we set out to make The Guardian sustainable by deepening our relationship with our readers. The same technologies that connected us with a global audience had also shifted advertising revenues away from news publishers. We decided to seek an approach that would allow us to keep our journalism open and accessible to everyone, regardless of where they live or what they can afford.

If everyone who reads our reporting, who likes it, helps to support it, our future would be much more secure. For as little as $1, you can support the Guardian – and it only takes a minute. Thank you.