UN: In Battles Over Land Rights, Activists Branded as Criminals 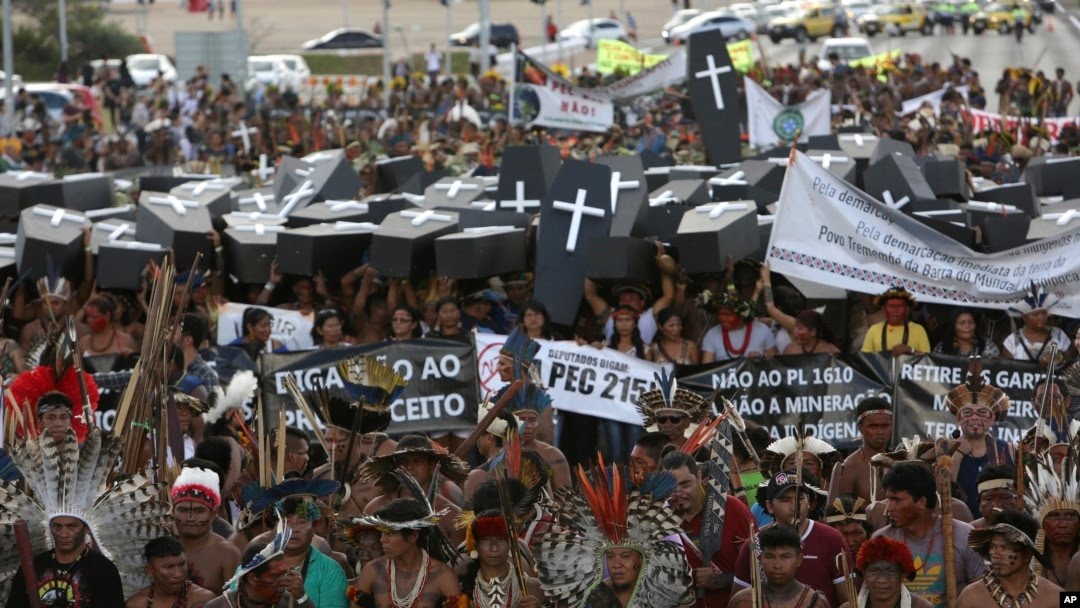 Governments and corporations are increasingly using legal persecution to portray indigenous activists as criminals and terrorists, putting them at heightened risk of violence, the United Nations said Monday.

Indigenous leaders and campaigners fighting to protect land from development are being stymied and silenced by rising militarization, national security acts and anti-terrorism laws, according to a report submitted to the U.N. Human Rights Council.

Globally, up to 2.5 billion people live on indigenous and community lands, which make up more than half of all land worldwide, but they legally own just 10 percent, according to rights groups.

"It's a new war," said Victoria Tauli-Corpuz, U.N. Special Rapporteur on the Rights of Indigenous Peoples, who authored the report.

"It's getting worse because many of the remaining resources in the world are found in indigenous territories," Tauli-Corpuz told Reuters.

This month, an indigenous leader was murdered in Brazil, part of a battle over logging in the Amazon.

In Guatemala, seven indigenous members of farmers' organizations advocating for land rights and political participation were killed, it said.

Last year, more than 200 activists were killed, the highest since 2002, according British campaign group Global Witness.

"In the worst instances, escalating militarization, compounded by historical marginalization, results in indigenous peoples being targeted under national security acts and antiterrorism legislation, putting them in the line of fire, at times literally, by the army and the police," it said.

Governments and corporations are using legal means to designate indigenous people as trespassers subject to eviction, while arrests are made on vague charges or uncorroborated witness testimony, followed by long periods of pretrial detention.

Criminal charges have been filed against activists, showing prosecutors and judges colluding with companies and landowners in some cases, it said.

In Ethiopia, indigenous land rights defenders have been prosecuted and imprisoned under antiterrorist legislation, it said.

There are no tallies of criminal charges filed against indigenous peoples worldwide, but Tauli-Corpuz cited recent upticks in the Philippines, Brazil, Colombia, Ecuador, Guatemala, Honduras, India, Kenya, Mexico and Peru.

"What disarticulates a community? Arresting its leaders, criminalizing the leaders," said Dinaman Tuxa, executive coordinator of Brazil's Articulation of the Indigenous Peoples known as Apib, an umbrella group of advocacy groups.