Why are farmers all over India on the streets?

Why are farmers all over India on the streets? NEWS NATIONAL

The Hindu Explains: From Sergei Loznitsa to farmer protests 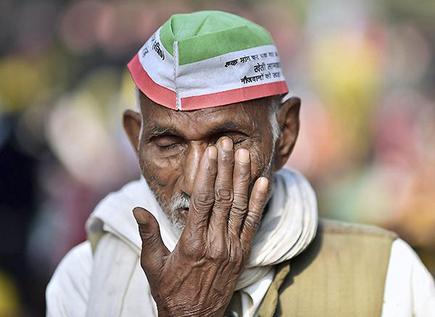 Mass farmer protests have erupted across the country over the past few months from Maharashtra to Bengal, with the October march in Delhi leading to violent clashes with the police. Farm distress has been on top of the agenda for political parties in the Assembly elections.

What is the problem?

Apart from the headline-grabbing protests, data show evidence of farm distress. National Crime Records Bureau statistics show more than 3 lakh farmers have killed themselves in the last two decades. Indebtedness was cited as the reason for more than 55% of farmers’ suicides in 2015. Maharashtra, which saw the highest number of farmers’ suicides, has 57% of its farm families in debt. NSSO data show more than half of all farmers are in debt, with each household owing an average of ₹47,000. In States like Andhra Pradesh and Telangana, where levels of indebtedness are around 90%, the average debt of a household hovers around ₹1 lakh. Almost 70% of agricultural households spend more than they earn and almost a quarter of all farmers live below the poverty line. Census data for 2011 show the number of cultivators who own land have been overtaken by landless agricultural workers for the first time. Many of these 144 million workers earn less than ₹150 a day working in the fields, and the failure to generate jobs in other parts of the economy gives them few options.

What are the reasons for this?

Long-term issues include the increasing fragmentation of land — average plot sizes are barely more than one hectare — a lack of post-production infrastructure, marketing mechanisms and supply chains. The last two years have actually seen record farm output in most major crops, but the resultant glut has led to crashing prices. At the same time, input costs have spiked, with diesel prices surging 26% this year and fertilizer costs shooting up more than 15%. Demonetisation was a blow to many in the rural cash economy. The move affected farmers’ ability to buy seeds and fertilizers, pay off loans and hire farm labour, according to an initial Agriculture Ministry report to a parliamentary panel last month. The Ministry later rescinded its report, but farmers groups say the long-term impact of the note ban lingers.

What is the government doing?

The M.S. Swaminathan Commission had recommended that the minimum support prices for 23 major crops be set at 1.5 times the cost of production, and the government claims it has fulfilled its promises to do so. However, the government’s calculation of the cost of production only includes actual paid-out costs and the imputed cost of family labour, while the Commission’s formula also included the imputed cost of capital and the rent on the land. Moreover, the government only procures wheat, rice and a limited amount of pulses and oilseeds at MSP rates, benefiting only a fraction of farmers. Most summer crops have been selling at below MSP rates in the marketplace this year. While loan waivers are a popular poll promise and have been implemented in some States, small farmers without access to institutional credit are often left out. The cap on waivers and poor implementation has led to absurd situations such as farmers receiving cheques for just ₹1.

A government panel aiming to double farmers’ income by 2022 has come up with a 13-volume report, but its final set of policy recommendations is still pending with the Agriculture Ministry. It is expected to focus on ways to ensure sustainability of production, monetisation of farmers’ produce, re-strengthening of extension services and recognising agriculture as an enterprise and enabling it to operate as such by addressing structural weaknesses. This week, the Cabinet approved an agriculture export policy, lifting restrictions on organic and processed food, which it hopes will double farm exports by 2022 and widen the market for domestic produce. Farmers groups are urging political parties to support two private member Bills introduced in the last session of Parliament for guaranteed implementation of MSP and a comprehensive loan waiver and debt reduction scheme. However, they have also come out with a wider charter of demands, which deals with input costs, social security, farm workers employment, land rights, irrigation, agro-ecology, crop insurance and contract farming.