Why Europe Has No Control Over Its Future John MauldinContributor

Why Europe Has No Control Over Its Future 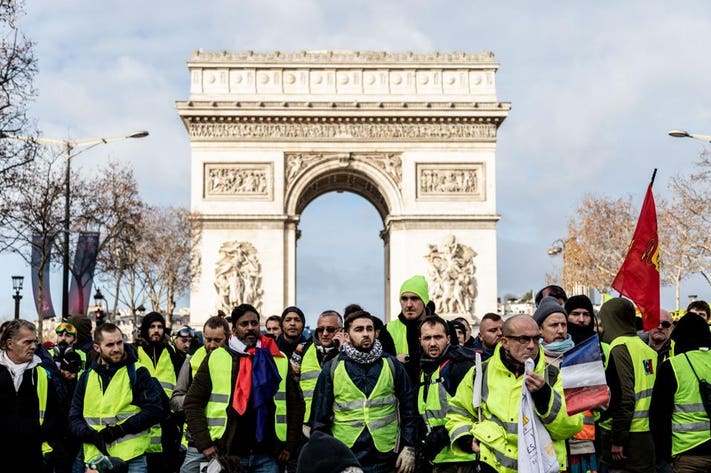 Whenever we talk about the European economy, Germany drives the discussion.

Yes, the U.K. and France are big, but Germany is the giant. If Germany sneezes, the rest of the continent catches cold.

And it is sneezing hard right now.

The latest GDP forecasts peg German growth at 1.5% for 2019. That is way too optimistic.

Germany had a 0.2% contraction in Q3 2018—and only 0.5% growth the quarter before. Fundamentals worsened, too.

Industrial orders for exports dropped 3.2% in November. This is the lifeblood of Eurozone. Germany’s exports are what keep the European economy alive.

Exports are slowing due to the same cyclical factors that hit U.S. growth. Like the U.S., Germany had a good run since the last crisis. At some point, it must end. But some of this is uniquely German, too.

The euro currency gave Germany an upper hand over the zone’s smaller players who bought German exports with German loans. We saw how that worked with Greece. Now a similar scenario is unfolding in much-larger Italy.

With all this going on, the European Central Bank wants to end its asset purchases in the coming year.  And yet it keeps interest rates negative. That is a formula for a wildly distorted economy, at best…

It could get ugly and not just in France. Remember, many EU countries are parliamentary systems whose governments can fall anytime.

I admit, this is a gloomy outlook. Maybe it’s wrong.

In a Helpless Position

With monetary and fiscal policy constrained, and with domestic consumer demand weakening, any such driver—for the economy or equities—is only likely to be external. There are several possible candidates: 1. A favorable Brexit deal. Since the UK’s 2016 referendum, eurozone shipments to the single currency bloc’s second-biggest export market have stagnated. If the clouds clear in the coming months, with a no-deal Brexit avoided, then risk premiums will diminish, sterling will rally and eurozone exports to the UK are likely to pick up. For now, however, the outlook on this front remains highly uncertain. 2. Improved US-China trade relations. A deal to avert tariff increases would remove one major uncertainty hanging over the global economy. Again, risk premiums would fall. 3. A stabilization or acceleration in Chinese growth, whether as a result of a trade deal or a domestic stimulus program. A pick-up in Chinese domestic consumer demand would benefit European companies exposed to Asia, notably luxury goods stocks. However, there is little probability of a stimulus effort on the scale of 2009’s, so the effect on Europe’s economy and markets of Chinese policy easing is likely to be muted. In short, there is little prospect of a new domestic driver of European growth emerging, and the external situation remains highly uncertain. In the absence of any clear new growth engine, the composite eurozone PMI released in the first week of January indicates that a slowdown of year-on-year GDP growth to around 1% from the ECB’s estimate of 1.9% for 2018 is possible.

Nick’s implication is disturbing. Europe is helpless. It will continue circling the drain unless external events go its way.

In other words, Europe has no control over its future. That is not a comfortable position to be in.

Something Wicked Is Coming

If Europe goes into recession, it will have a profound impact on the world and the U.S. For those reasons, paying attention to Europe is critical in 2019.

Something wicked is coming. And we may see far more yellow vests or their equivalent all over the world before this is over. I see significant potential for global recession that will bleed over into the U.S. market. A few unforced errors from the Fed or U.S. government could speed up the process.

Economics is about to get interesting.

Get a Bird’s-Eye View of the Economy with Thoughts from the Frontline My weekly newsletter is a must-read for investors who want to find out about the trends to watch out for. Get it free in your inbox

John MauldinContributorI am a financial writer, publisher, and New York Times bestselling-author. Each week, nearly a million readers around the world receive my Thoughts From the Frontline…Read More© 2019 Forbes Media LLC. All Rights Reserved.AdChoicesPrivacy StatementTerms and ConditionsContact UsJobs At ForbesReprints & PermissionsForbes Press RoomAdvertise