Why I had to leave Saudi Arabia

Basma Khalifa, 29, returned to her birth place to see if she could make a life there. But one wrong move means she might never be able to return

In October 2018 I was asked to leave Saudi Arabia, the country of my birth, and a place where I had thought I might be able to build a new life. I was overheard discussing an article about female activists who had been detained in Saudi Arabia, while I was filming a BBC documentary about my attempt to see if I could settle there.

I had to leave the country immediately and was told that my behaviour apparently “criticised the kingdom”.

In that moment, the only thing I felt was shock. All I’d done was read an article - at most I thought I’d be reprimanded and told not to speak any further about the activists who campaigned for women to be given the right to drive.

Then the worry and the fear set in. I started to doubt myself; maybe I had done something truly terrible. It all happened so quickly, I had no time to think.

If I’d dared to stay, they could have cancelled my visa. I booked a flight to Heathrow and arrived home the same day.

It had been 25 years since I was last in Saudi Arabia as a child. When I arrived back last year, I was surprised by how built up it was - with beaches, malls and high-end restaurants. During my six days in the country, it rained a lot, an occurrence so rare that we joked I’d brought the London rain with me. 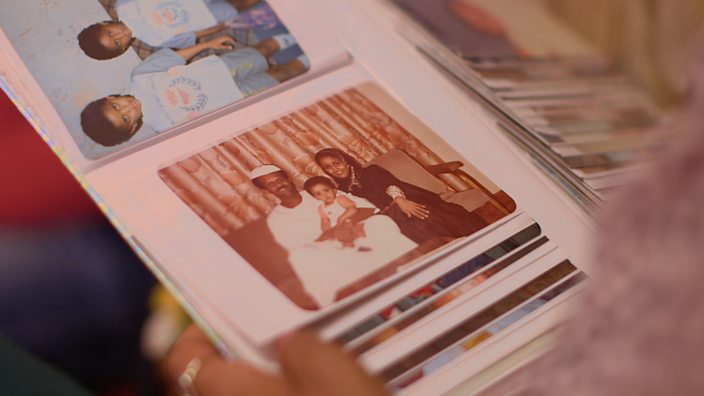 My early memories of the kingdom are hazy. I was born there in 1989 and lived in the capital, Riyadh, with my Sudanese parents. They’d met at university in Egypt and relocated to Saudi Arabia when my dad, a doctor, got offered a job there. After a few years, he took another placement - this time in Northern Ireland – and we moved again. I was three years old.

That wasn’t the end of my travels. We stayed in Northern Ireland until I was 13, then moved to Scotland where I lived until I was 20. I went to New York for six months to work in fashion PR, turned 21, and then moved to London to begin working as a fashion stylist.

When you move a lot, you don’t have a concrete sense of where home is. That’s either a blessing or a curse; you can make anywhere your home or nowhere feels like home. I’m more of the former; all the moving around has made me very adaptable both to new people and new situations. I’ve now got friends all over the world.

My enjoyment in connecting with people inspired me to begin a vlog interviewing women of colour about their experiences working in the fashion industry. During this time, I was also questioning myself - constantly trying to work out where I fit in and where my identity stemmed from. Working in fashion, you think a lot about how to represent yourself and who you are.

As a Sudanese woman who’d lived in the Middle East and the West, I wasn’t sure where I belonged. Moving to London, and being around so many people with strong identities and pride in where they come from, pushed me to want to understand myself more.

I realised that if I was going to figure out who I really was, I needed to go back to the beginning and return to Saudi Arabia, home still to three of my aunts. There’s a huge amount of negative press about the country, but I realised I wouldn’t know what it was like unless I went there myself.

I wanted to fuse this trip with another aspect of my identity – presenting. At school in Scotland, my friends wrote in my yearbook that I was “most likely to be a Blue Peter presenter”. Ever since I was little, I’ve constantly been asking questions.

Aged 27, and equipped with a showreel that included clips from my fashion vlog, I emailed production companies asking if they’d support me making a documentary about my return to Saudi Arabia. Luckily, one said yes, and after two years of planning, my director Jess and I were ready to go. I never intended to go out to the Middle East to do anything risky. My aim was to see if I could live in Saudi Arabia as a young woman with values that spanned both Western and Arab cultures. I wanted to do day-to-day things such as go shopping for food and meet friends. Now that Saudi Arabia had lifted its ban on women drivers, I wanted to get behind the wheel and take advantage of this new freedom.

Of course, I knew things were done differently there; that women had fewer rights. For example, women can’t leave the country without a man’s permission, they cannot have their own bank accounts without permission, and sit in separate areas from men in restaurants.

Despite these restrictions, the country is changing. Women can now walk around without headscarves, socialise more freely and have careers. But the kingdom still keeps a tight grip on its subjects and is quick to stamp out dissent.

Shortly before we left the UK in October last year, I had some insight into how Saudi Arabia treats its opponents. On 2 October, news broke that Jamal Khashoggi, a Saudi dissident and journalist, had disappeared at the Saudi Arabian embassy in Istanbul. Later, it became clear he had been murdered. 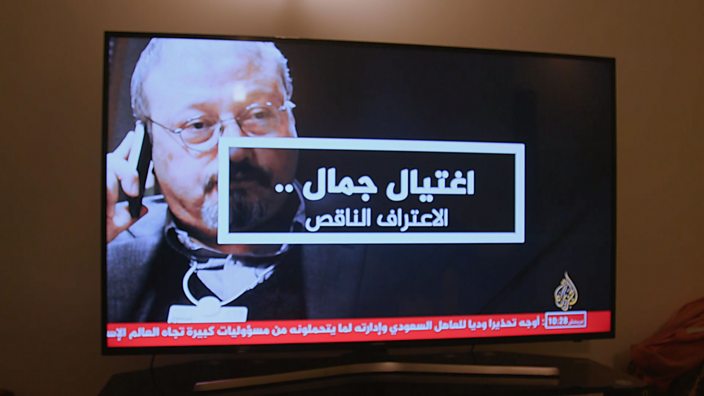 Despite the horror of the case, I wasn’t afraid. I wasn’t going to Saudi Arabia as a journalist, I was a filmmaker and going there to visit family. Still, when I landed in the city of Jeddah to begin my two week trip in the kingdom, I remember thinking, “What have I done?” But as soon as I met my three aunts I felt safe.

My eldest aunt has lived in Saudi Arabia for 25 years and she wouldn’t want to live anywhere else. She’s not a Saudi national, but she has a  successful career in education. She travels frequently for work, and Saudi has never inhibited that. She helped me think I too could live there.

My aunts were not the only people we spent our days with. Saudi officials assigned a government minder to shadow us and ensure we were obeying local customs. We also had a Saudi production team - a driver, camera assistant, and two fixers. Though the minder was less controlling than I thought he’d be, having him around was definitely an intrusion.

The production team also moderated our behaviour. They told Jess and I to wear abayas (a long over-garment) for modesty and scolded me for dancing to music outside the car as dancing in public is not allowed. Aside from the minder, we experienced normal Saudi life – shopping in malls, seeing friends, spending time with family. 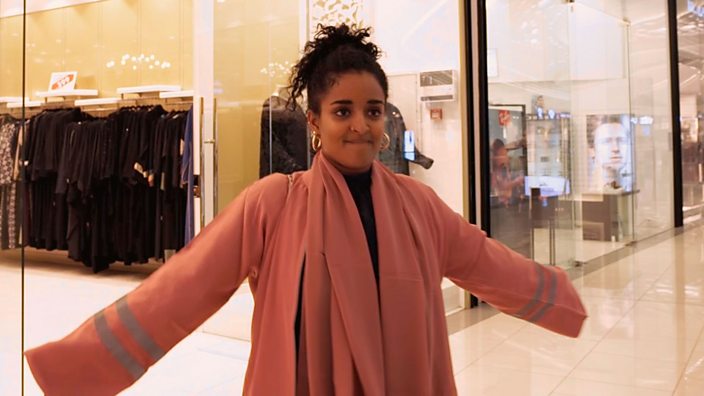 One evening we were invited to a party by a friend of a friend and, free from our team, we called a taxi and went. It was tamer than some parties I’ve been to in London, but women still wore makeup and beautiful clothes, everyone danced, there was music. The differences were that the women were more modestly dressed, people behaved more conservatively and there was no alcohol. Saudi Arabia is a dry country where drinking alcohol, which is prohibited by Islam, can be punishable by a prison sentence. I don’t drink but, even if I did, it would have been incredibly difficult and dangerous to have bought alcohol during my trip. 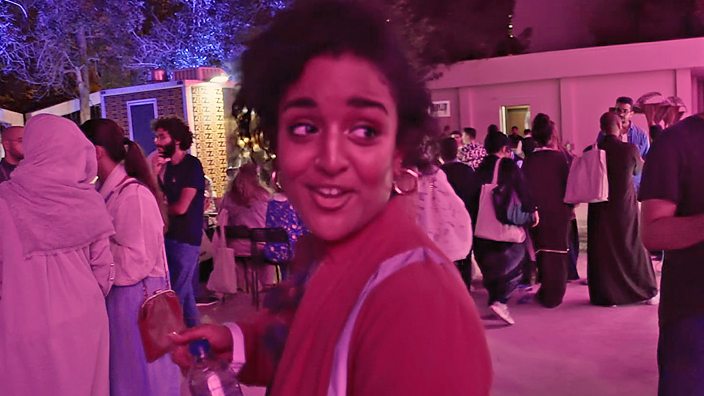 A few days after the party I asked my minders if I could drive – something I’d need to do if I moved to the country. In June of last year, following years of campaigning by rights activists, the kingdom decided to permit women drivers for the first time in its history. The move was part of a wider period of social change, which has also seen the country open its first cinemas.

I’d just got my UK driving licence and was keen to experience the freedom that women had so long been denied. But that’s when things took an unexpected turn for the worst.

While our minder got a cable from the other car so I could connect my phone’s music to the stereo, I started reading aloud an article about Saudi women’s rights activists who’d been arrested around the same time as the ban was lifted. I wanted to find out if they were still in jail - and just as I suspected, they remained behind bars. 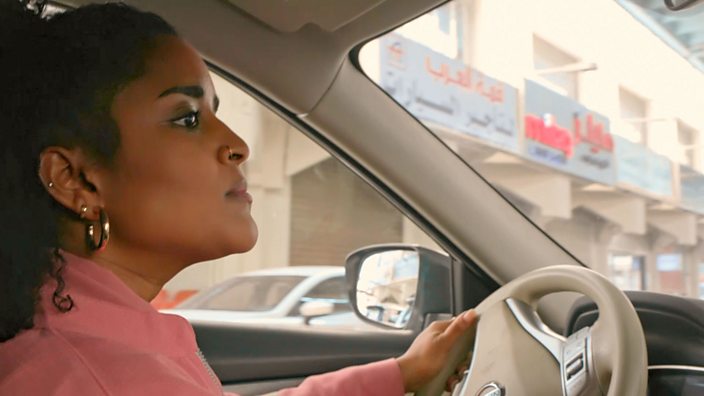 I wasn’t particularly surprised. I knew that in Saudi Arabia fighting the system can get you put in jail, but one of the Saudi production team who overheard me was outraged, and not about the story. He felt I was criticising the kingdom, not celebrating the women’s bravery, as I was.

Before I knew it, calls were made to the team’s bosses and to our production team in the UK. I was in shock and so afraid, I didn’t want to hurt anyone’s feelings or let anyone down. All I’d done was read an article, and none of the research in the world could have told me that was considered an affront by the kingdom.

Our editor in the UK rang me to say we had to leave Saudi Arabia immediately. I had only been in the kingdom six days and I still had so much more planned - I was going to join a mixed running club and meet with female entrepreneurs, but now I had to just pack my bags and go. 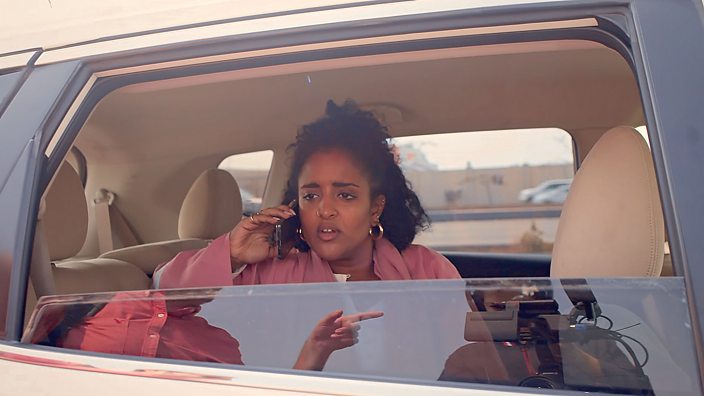 I didn’t think I would be arrested - surely I couldn’t be just for reading an article - but I wasn’t going to take the risk, especially when I was there on a visa that could easily be revoked. I said a tearful goodbye to my aunt Want to add a caption to this image? Click the Settings icon. s and headed to the airport, desperate to get out of this country.

When I landed at Heathrow, I felt I could breathe again and like I was out of the kingdom’s control. I’d never felt happier to be British and live somewhere with more freedom of speech. I would never change that.

Since leaving Saudi, I haven’t heard from any officials. I think once my documentary comes out that I’ll be unlikely to be allowed back into the kingdom and that’s a choice I’ve made with my eyes wide open. 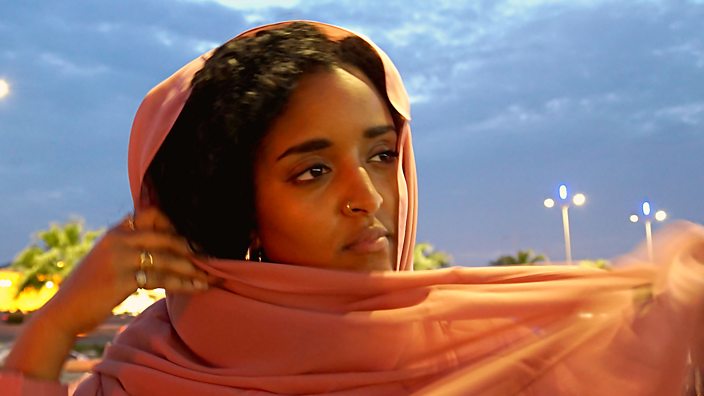 I don’t think I was naive in thinking I could live in Saudi Arabia, but I now know it can never be my home. I want to live my life on my own terms and I don’t think I can there, particularly as a woman. The Saudi women I met don’t feel hard done by, but you can’t miss what you don’t know. I think there’s much more they deserve - equal rights, greater freedoms, more trust from their government.

Despite my experience in Saudi Arabia, I still remain hopeful for its future. In December last year, the American singer Jason Derulo held an open-air concert in the kingdom attended by both men and women. Some of the women would have driven themselves there. That kind of evening would have been unthinkable a few years ago, now it’s normal.

There are a lot of positive things happening that suggest real change will come. I just don’t know if I’ll be allowed to witness it.

As told to Mirren Gidda