A new report finds that minority ethnic groups for women are the ‘poor relation’, facing gross underfunding despite their many benefits 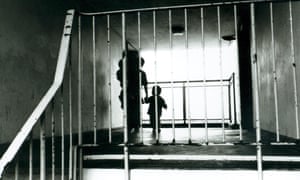 Rotherham is a town now made infamous by grooming gangs and government agencies that assumed children as young as 11 could consent to sex with men old enough to be their fathers. Five minutes from a city centre that has perhaps seen better days, sits the black and minority ethnic (BME) violence against women and girls (VAWG) charity Apna Haq. Nestled behind a large mechanic’s garage, its location provides an apt visual metaphor. Not unlike wild flowers that bloom by busy roadsides, the charity exists and flourishes in spite of it all.

Was 2018 a turning point for women? Yes, it exposed what we’re up against

Apna Haq, which in Urdu means “our right”, was set up in 1994 by manager Zlakha Ahmed. Back then, in her work as an English language tutor and then later as a youth worker, Ahmed had come across countless “beautiful intelligent women” whose experiences of abuse and social isolation would stay with her. In the end her frustration – a word she uses frequently – over “men controlling women’s behaviour” kickstarted the charity. Rooted in the community, it exemplifies the importance of specialist organisations in the women’s sector that cater for women from black and ethnic minority communities. Yet just five years into Tory austerity, Ahmed’s 20-year legacy was under threat after their contract to deliver domestic violence services was instead awarded to a generic provider.

The story of Apna Haq’s near demise is depressingly familiar to Imkaan, an organisation that provides strategic oversight and advocacy to BME organisations working to end gender-based violence across the UK. In its latest report, it provides yet more proof of why its members remain “the ‘poor relation’ of the wider ending VAWG movement”. Its findings reveal that the combined income of 15 London-based BME ending VAWG organisations is less than that of the main single provider in the capital. This in a city where 40% of the population is BME and where there is the highest concentration of such services.

Gross underfunding is writ large when looking more broadly. In England, local authorities invested a paltry £1,172,205 across 24 BME ending VAWG organisations, a figure that represents less than 11% of the income for these vital services.

These figures tell their own story of how BME communities are situated within the UK. In the context of unprecedented levels of Islamophobia, the Windrush scandal and immigration rhetoric that views migrants as a burden rather than net contributors, BME communities are consistently cast as outsiders. Councils should consider it imperative that BME women have access to organisations that can treat them as more than just their identity as women. Organisations that can take into account the different ways BME survivors are affected by race, class and insecure immigration status, among other factors, are what these women deserve.

Yet what is clear is that if a generic provider can offer services for less, squeezed budgets mandate that specialist organisations will also be squeezed. In doing so there is the tacit denial of the added value the BME ending VAWG sector brings. The importance of being able to speak a language, to work across complex extended family systems, to provide isolated women seeking refuge a sense of community, all is obscured and diminished in the world of criteria and tenders. Race can, conveniently, not be factored in, in order to ignore altogether the particular needs of BME survivors. Imkaan, in a report from 2015 found that in London 733 BME women sought refuge spaces, yet only 154 were successful. Race compounds survivors’ experience of violence and it is organisations run by and for BME women and girls that are best placed to help them navigate these systemic inequalities. As such the women working in these organisations are often community leaders, change-makers ready to undertake crucial grassroots activism that contributes significantly to the broader social justice movement.

I was reminded of this at a Black History Month event put together by the Claudia Jones Organisation, a VAWG charity working with African-Caribbean women and their families. Eating my rice and peas, competitively whispering answers to the black history quiz so that elders on opposing teams wouldn’t be able to steal answers, I was humbled by how many generations had gathered together. Five months earlier I had been speaking to a group of mothers accessing the charity’s services for a campaign against school cuts. Women’s multiple identities was clearly crucial to its approach. The work of sustaining communities, so often undertaken by many BME organisations tackling gender-based violence, is not regarded as added value. It is, instead, erased altogether from a clinical process judging organisations solely on numbers. We negate such public service at our own peril.

Tory austerity does, of course, provide the broader context for why this is happening. The issue still remains: for BME women the impact on us is devastating and disproportionate. Those who commission services for women fleeing violence cheapen the work that BME organisations in the sector do. They give more than the sum of their parts. By investing so little in them, they are selling short the women and communities those very organisations serve.

• Lola Okolosie is a Guardian columnist