Julie BindelLast year, 139 women died in the UK as a result of male violence. This misogyny is not inevitable, it’s preventable @bindelj 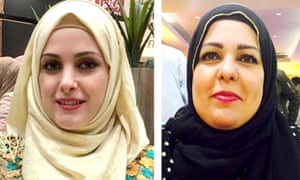 The latest census on femicide – women killed by men – has shown that during 2017, a staggering 139 women in the UK died as a result of male violence. But nobody joined the dots between these cases except for feminists campaigning against male violence towards women. Despite there being an obvious link between the misogynistic culture under which brutal – and often fatal – male violence occurs, the UK government has never made the connection that these women die because men’s violence towards women and girls is a global pandemic.

The resistance to legally making misogyny a hate crime (currently under review) is partly down to the fact that it is such a huge everyday reality that it seems impossible to enforce. If the police did their job and treated every domestic violence incident as a potential fatality, we might prevent some deaths of vulnerable women and children. But to end the deaths of women relating to domestic violence, there needs to be a robust criminal justice response that intervenes at the earliest stages. 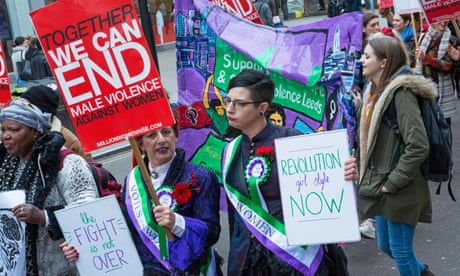 Karen Ingala Smith, one of the authors of the report and founder of the brilliant campaign Counting Dead Women, has become friends with some of the family members of the victims and sees how their pain never goes away: “I watch the anniversaries of the murder of their daughter/sister/aunt come around and the never-ending awfulness. It breaks my heart to see it”.

Between 2015 and 2017, some 55 women were killed despite having previously reported their murderers to the police for threatening behaviour, according to freedom of information reports. There is a clear connection between different forms of men’s violence against women. Domestic violence, sexual assault and prostitution come from the same place of male entitlement, ownership and access. If we really want to end male violence towards women, we need to think radically.

Even with the best police and criminal justice responses possible, if men continue to see women and children as their property, and believe that women exist to satisfy them sexually, then the rape and murder of women will never end.

Guardian Today: the headlines, the analysis, the debate - sent direct to you

Three-quarters of the victims last year were killed by a man they knew. Almost half of the killers were partners or former partners of their victim. These men cannot bear the thought that a woman has rejected them – because after all, in the violent, controlling mind of the perpetrator, she belonged to him. This is misogyny in its clearest form.

Take the case of Janbaz Tarin, who fatally stabbed his ex-partner Raneem Oudeh and her mother Khaola Saleem outside their home in August. Raneem had recently left Tarin after discovering he had a secret wife in Afghanistan with whom he had three children and a fourth on the way. To a man such as Tarin, if he can’t get what he wants and his “property” dares to defy him, she must be destroyed.

Ten of the 139 murdered women were killed by their sons. A further seven were killed by another male family member (grandson, uncle or brother), and 24 were killed by a man they knew (neighbour, acquaintance, colleague). Twenty women were over the age of 66 when they were killed, whether by a partner, son, grandson or by neighbours or burglars. In some cases, the victims were raped and their homes burgled prior to being killed.

Twenty-one of the 30 women killed by strangers were murdered in terrorist attacks, which some feminists have linked to male violence towards women on account of the number of men convicted of terror attacks who also have a history of domestic violence.

The brutality used by the perpetrators is highlighted in the report and named as “overkill”, because almost half (42%) of the cases used multiple methods of murder such as beating, stabbing, strangling and setting on fire – in other words, the use of gratuitous violence far greater than that necessary to end life. One woman was stabbed 175 times and another hit 40 times with an axe, bludgeoned repeatedly and battered virtually beyond all recognition. Additionally, a number of cases involved desecration, mutilation and the hiding of the body after death.

This shows hate and rage towards the victim, which is at odds with the accommodating and exculpatory narrative that often accompanies men’s killings, for example that he “just flipped”, was “upset”, “lost the love of his life”, was “depressed” or “momentarily lost control”.

This is also completely at odds with all the cases we deal with at Justice for Women, where women who kill their abuser inflict one single stab wound in a desperate culmination of self-defence after years of receiving domestic abuse.

Women in danger from violent men need to be protected, and the abuser prevented from accessing her and other women he may target. Specialist feminist projects with an expertise in violence towards women should be the ones running refuges and other support services, and not generic housing projects with no skills in the area.

Like all other forms of men’s violence against women, femicide is often accepted as inevitable and normal. Yet each one of those women matters. They matter individually and collectively. We must mourn each and every one of the dead, and name their killers as terrorists in the war against women.

• Julie Bindel is a freelance journalist and political activist, and a founder of Justice for Women

… we’re asking readers to make an end of year or ongoing contribution in support of The Guardian’s independent journalism.

Three years ago we set out to make The Guardian sustainable by deepening our relationship with our readers. The same technologies that connected us with a global audience had also shifted advertising revenues away from news publishers. We decided to seek an approach that would allow us to keep our journalism open and accessible to everyone, regardless of where they live or what they can afford.

Please make an end of year contribution today to help us deliver the independent journalism the world needs for 2019 and beyond. Support The Guardian from as little as $1 – and it only takes a minute. Thank you.