Workers sewing clothes for international brands had protested earlier this month over wages. 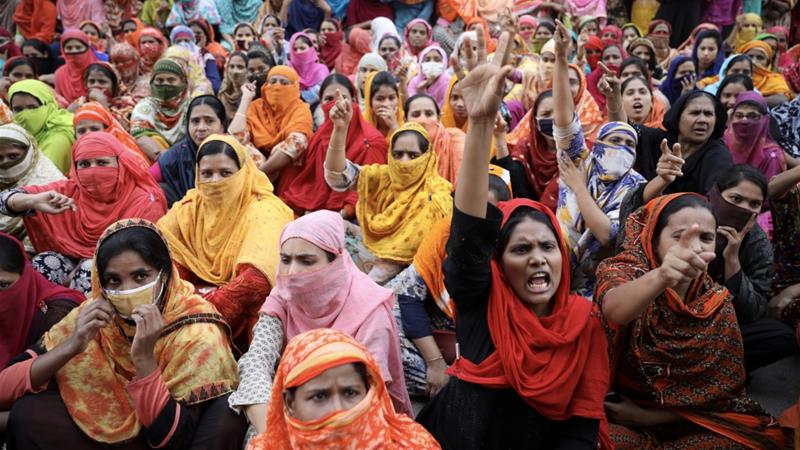 Nearly 5,000 low-paid Bangladeshi garment workers sewing clothes for global brands have been sacked by factory bosses for taking part in strikes over wages earlier this month that turned violent.

Thousands of labourers walked out of factory floors across the country in days-long protests that disrupted the $30bn industry and saw police fire rubber bullets and tear gas at demonstrators.

One worker was killed and more than 50 injured in clashes in Ashulia, a key industrial town outside Dhaka where clothes are sewn for retail giants H&M, Walmart and many others.

Police said thousands of factory workers accused of looting and vandalism during the protests have been fired, but unions have accused the industry of intimidation and a crackdown.

"So far the factories have dismissed 4,899 workers due to the unrest," a senior police officer told the AFP news agency on condition of anonymity. 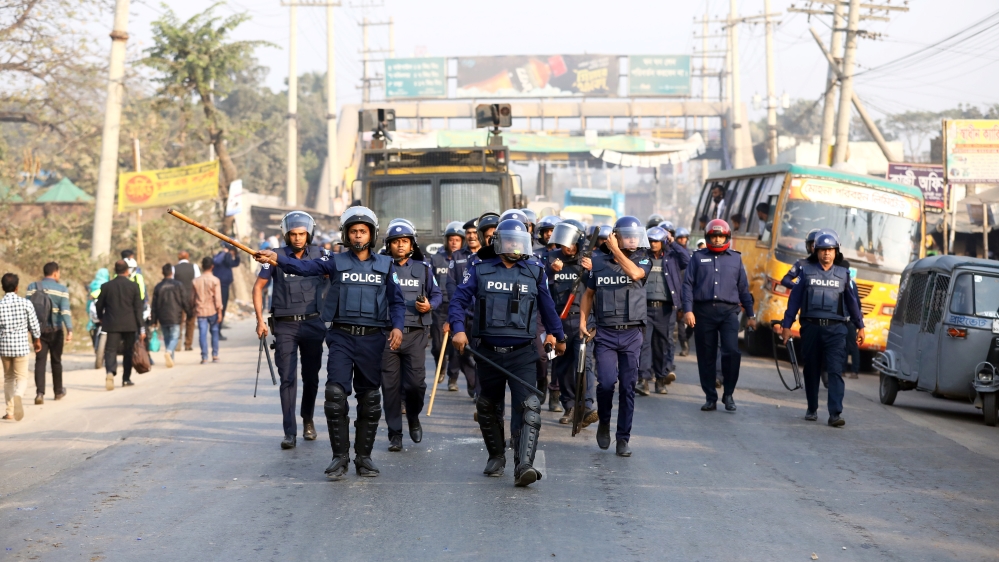 More than 1,200 garment workers - whose wages start at $95 a month - were dismissed from a single factory.

Unions say the real number fired is much higher, closer to 7,000, and that nearly 100 more have been arrested in roundups. Police would not comment on allegations of widespread arrests.

"Cases have been filed against 3,000 unidentified workers which has created panic. Many have opted to stop going back to work," he said.

Police were deployed in a bid to break the strikes, which only ended when the government agreed to a paltry pay rise which amounted to as little as a few cents a month for some workers.

"The government is undertaking measures to intimidate workers and squelch any attempt of workers to organise."

Bangladesh is home to 4,500 clothing factories employing 4.1 million workers and is the second-largest exporter of garments worldwide after China.

The strikes spurred demonstrations outside Bangladeshi embassies and consulates around the world and came just weeks after Prime Minister Sheikh Hasina was re-elected.

"I agree that it should be higher, but our record of increasing it five-fold should be applauded and the government should not be blamed,” he added.