Are NGOs fit for the purpose of advocacy and campaigning?

As the World Social Forum begins, Jude Howell asks whether reliance on state funding has cost NGOs their independence 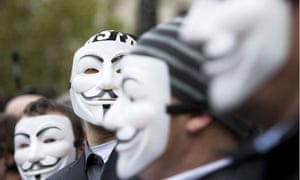 The World Social Forum, which begins in Tunis today, is an important reminder of the pivotal role civil society organisations have often played in major social and political transformation.

The anti-slavery movement played a crucial part in bringing about legislation to end slavery in the 19th century. Across the world, the trade union movement has been the lynchpin behind achieving basic labour rights and improvements in working conditions. The anti-apartheid movement brought about the downfall of the racist apartheid regime in South Africa in the 1990s, while the women's movement in different historical periods and contexts achieved landmark breakthroughs in law to push for gender equality.

Of course, not all movements achieve their objectives; nor can success be attributed solely to them – alliances with different economic and political interests, as well as getting the general public and media on board have also been crucial. Civil society and NGOs have long been key to challenging systems that would favour the few over the many, and give a voice to the voiceless but is this the case today? Are they still fit for purpose?

There are many reasons why one might think that NGOs have never been better equipped to advocate and campaign. Dedicated campaigning and fundraising departments; professional, qualified, experience and media-savvy staff now fill advocacy roles. And thanks to better and cheaper telecommunications, social media and the internet, even small, previously obscure charities are able to quickly access information, images, stories from the field, turn them into campaigns and connect with their audiences. This bureaucratised, expert, 24/7 globally linked machinery contrasts with the looser, slower, less 'professionalised' workings of the women's movement, anti-slavery or anti-apartheid movements. But has this made today's campaigners more effective? Is it all enough?

Let me suggest some reasons why we should be concerned that this may not be enough. More than a result of a polished campaign strategies, the achievements of past movements can be attributed to highly driven, passionate participants, who exhibited a high degree of solidarity rooted in a shared set of beliefs, values and visions. They were largely independent from governments: they neither took nor sought government funding. They were often subject to state surveillance; any engagement with government was highly strategic.

This contrasts with NGOs today which resemble more professional, technocratic bureaucracies, housing experts with well honed functional and technical skills, providing opportunities for internship and career development. Employees jump from one NGO to another – today working on environmental issues, tomorrow on children. Maybe in Rwanda and then in Vietnam. The modern NGO campaigner can also move neatly into government or business, and back into an NGO, a chameleon-like bricolage of employment experiences. Working in an NGO has become a career, an alternative to the public or private sector, diplomatic or political life.

The close working relationship with government – where NGOs seek state funding, becoming co-producers of welfare, development and security – also raises issues about autonomy and political positioning. Two recent events have exposed the limits and authenticity of the well-oiled, professional advocacy machine so central to NGOs today.

First, the extraordinary measures implemented as part of the global war on terror unsettled the everyday view of charities as benign, harmless, benevolent organisations. In the climate of fear that prevailed after 9/11, politicians cast a veil of suspicion over charities. In October 2006 Gordon Brown, then chancellor of the exchequer, asserted with confidence that "many charities and donors have been and are being exploited by terrorists". Islamic charities in particular bore the brunt of such accusatory statements.

In the US the only not-for-profit organisations to be designated on the list of proscribed organisations since 9/11 have been Islamic charities, including the largest , the Holy Land Foundation. In researching the book I co-authored 'Counter-terrorism, aid and civil society', we found many NGOs in the US, UK and other parts of Europe, most NGOs were slow to come to the defence of Islamic charities, and more importantly, were slow to defend the spaces of civil society as national security concerns began to trump historically earned freedoms.

The reasons for this initially lack of action are complex but there is at least one important factor that cannot be overlooked. That is, the risks of too cosy a relation to governments that provide an umbilical cord of sought after funding. The current recession has brought this brutally to the surface.

A report by the Independence Panel in January of this year, gave chilling evidence of the growing threat to the independence of the voluntary sector. In describing some of the key challenges facing the UK voluntary sector, it stated that "as many organisations fear for their survival, self-censorship is becoming a significant problem. For those that do speak out, there is a growing climate of opinion against the campaigning activities of charities".

What then has happened to protecting the autonomy of civil society, the freedom of expression and assembly, and defending the rights of minorities? What has happened to solidarity in civil society? NGOs today have moved some distance away from the autonomous, passionate, fearless campaigners of past movements. But can they salvage the situation?

Perhaps, but only if there is some serious self-reflection about core issues of autonomy and positioning. The sector must answer questions such as: at what point does intense competition among NGOs for commercial or government funding risk compromising key values and agendas? To what extent does the scramble for resources pit one NGO against another rather than fashion solidarity and collective campaigning? And to what extent does this come at the expense of broader commitments to protect minorities and to defend the spaces of civil society? As co-producers of welfare, development and security, NGOs now have maybe more to lose. But in the long term, unless they face these raw challenges, their role as agents of emancipatory social transformation can only diminish. Indeed, their very relevance may be at stake.

This content is brought to you by Guardian Professional. To get more articles like this direct to your inbox, sign up free to become a member of the Global Development Professionals Network