Attacks on indigenous rights defenders should not be ignored

Dozens of indigenous rights defenders have been killed this year but the world has looked the other way. 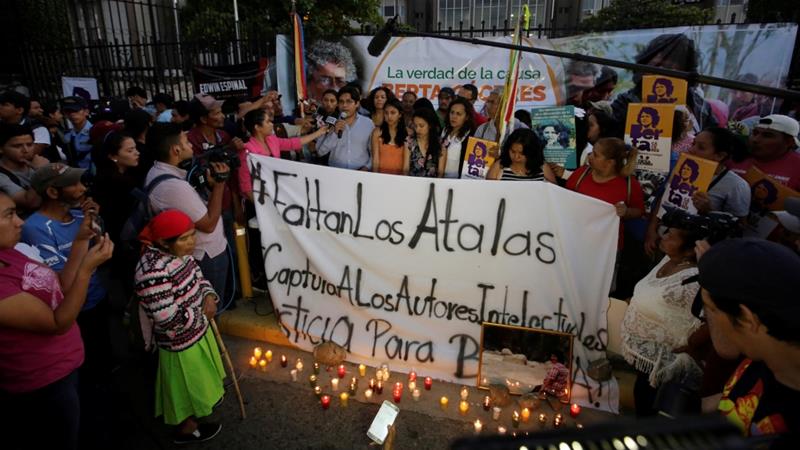 The attempts at political violence that took place before the US elections have almost been forgotten now and the country has moved on to other controversies. The perpetrator of the attempted bombings was caught within a few days. In the wealthiest nations, you see, political threats and violence are addressed and prosecuted.

In the Middle East, the suspected murder of Washington Post contributor Jamal Khashoggi in Saudi Arabia's Istanbul consulate has generated much outrage and Western governments are discussing how to hold the Saudi government accountable while every facet of the story still receives coverage.

Yet there was very little reporting on the assassination of Julian Carrillo in the Mexican state of Chihuahua, which happened just three weeks after Khashoggi's murder, and even less focus on the search for his assassins. Carrillo's people, the Raramuri (or Tarahumara), have been facing increasing threats: from drug cartels, illegal logging and land-grabbing mining operations, along with a climate-change-fueled drought. Carrillo was shot shortly after his community complained to state authorities about a mining concession granted on their lands without consent.

Similarly, the August murderof Masumbuko Birindwa in the Democratic Republic of the Congo (DRC), also received scant attention. Birindwa was returning home after negotiating unsuccessfully for the release of four humanitarian workers kidnapped by militia in DRC's South Kivu province.

And then there is Colombia, which has seen 82 murders of human rights defenders or members of ethnic communities. Colombian journalists received 89 death threats in the first half of 2018 as they tried to cover these murders.

Overall, last year, 312 human rights defenders were murdered around the world - Brazil, Colombia and the Philippines lead in this grisly category - and the pace does not appear to be slowing down.

At the heart of this violence is the failure to recognise that indigenous peoples and local communities are the true owners of their lands. Companies, whose operations are often spread across the globe, and their government partners often see land as "empty" if there is no city there and plan mines, oil drilling, industrial-scale agriculture plantations and vast hydropower complexes.

But the vast majority of these lands are inhabited. The indigenous peoples and local communities living there are often viewed as an inconvenience; their property rights are disregarded if there's money to be made and they are in the way. And their defenders - community leaders, legal advisors, and everyday citizens raising their voices - increasingly face legal persecution and violence for speaking up.

What is worse, the assassins rarely face justice. Even when suspects are brought to trial - as with the assassination of Berta Caceres, an indigenous leader pushing back against a hydroelectric dam that would flood her community's lands in Honduras - trials are fraught with irregularities and dead ends.

Both authors of this article have had such experiences in their own lives, and have had to flee their home countries for their own safety.

As did the UN Special Rapporteur on the Rights of Indigenous Peoples Victoria Tauli-Corpuz spoke out when indigenous communities on the island of Mindanao in the Philippines were pushed aside to make way for coal mines. Several months later, as she was preparing a report for the United Nations describing the growing trend of governments criminalisingindigenous leaders and supporters, she was declared a terrorist by her own government - along with dozens of other indigenous leaders and activists - and had to flee.

Alfred Brownell was a lawyer for communities in Liberia who were expelled from their homes so that their forests could be razed for a palm oil plantation. He faced death threats and, once, an angry mob almost tore him limb from limb. He too had to leave his home country and now advocates for his clients from the other side of the Atlantic Ocean.

In the industrialised world, mail bombs are found by vigilant governments protecting political targets. In our world, however, luck and chance are the luxuries that keep only some of us alive. Too many others without protection or good fortune are slaughtered in the dark of night, away from the media spotlight. The killers, sponsored by economic interests or corrupt government officials, rarely face punishment.

All too often, the communities, bled dry of leaders, are eventually forced from their lands and their cultures. The economic elite looks the other way unless it grows too inconvenient to do so - or the political violence reaches their gates.

However, we do not have to live in this world of escalating violence. Economic development does not have to come at the expense of indigenous people. Companies do not have to take shortcuts that trample over community rights. Governments do not have to neglect the safety of their people. Threats of violence - and the violence itself - should have no place in any part of the world today.

The views expressed in this article are the authors' own and do not necessarily reflect Al Jazeera's editorial stance. 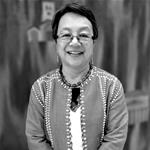 Victoria Tauli-Corpuz has been the UN Special Rapporteur on the Rights of Indigenous Peoples since 2014. 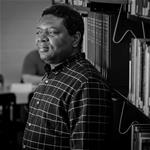 Alfred Brownell is a Distinguished Scholar in Residence in Northeastern University School of Law.