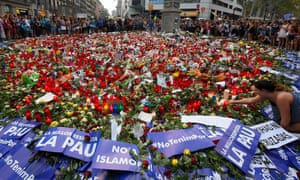 For years western policymakers have tried to establish what causes individuals to be radicalised. Now a pioneering study has used medical science to gain fresh insight into the process – in the brains of potential jihadists.

University College London (UCL) researchers were part of an international team that used neuroimaging techniques to map how the brains of radicalised individuals respond to being socially marginalised. The findings, they claim, confirm that exclusion is a leading factor in creating violent jihadists

The research challenges the prevailing belief among western policymakers that other variables, such as poverty, religious conservatism and even psychosis, are dominant drivers of jihadism. “This finally dispels such wrongheaded ideas,” said the study’s co-lead author, Nafees Hamid of UCL. “The first ever neuroimaging study on a radicalised population shows extreme pro-group behaviour seems to intensify after social exclusion.”

Guardian Today: the headlines, the analysis, the debate - sent direct to you

The complexity of radicalisation was highlighted in the Old Bailey last week when a British Muslim convert who swore allegiance to Islamic State revealed he tolerated authorities trying to deradicalise him as he plotted an attack on Oxford Street, London.

The findings also emerge after recent Islamic State-linked attacks in Strasbourg and Morocco and as British police continue to investigate a possible motive behind the New Year’s Eve stabbings in Manchester. 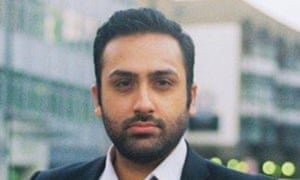 Using ethnographic fieldwork and psychological surveys, researchers identified 535 young Muslim men in and around Barcelona, the Spanish city where in 2017 Isis supporters killed 13 and wounded about 100 people in the Las Ramblas district.

Of those identified, 38 second-generation Moroccan-origin men, who had “expressed a willingness to engage in or facilitate violence associated with jihadist causes”, agreed to have their brains scanned. The results showed a striking effect when they were socially excluded by Spaniards while playing a virtual simulation called Cyberball, a ball toss game with three other players who abruptly stopped throwing them the ball.

Later scans showed that the neurological impact of being excluded meant that when issues were raised that the individual had not previously considered inviolable – such as introducing Islamic teaching in schools or unrestricted construction of mosques – they became far more important and were deemed similar to “sacred” and worth fighting for.

Previous research by the team on Israel-Palestinian, India-Pakistan and Kurds-Isis conflicts found that when values deemed “sacred” are violated hostility becomes intractable. “This latest research has shown how values start to become sacred and indicates that social exclusion makes non-sacred values behave like sacred values, which in turn makes people recalcitrant and prone to violence,” said Hamid.

He called for the study, a multi-university project involving scientific research organisation Artis International and partly funded by the US Department of Defence, to be used to help ensure social exclusion was factored into policies to prevent radicalisation.

The links between extremism, social exclusion and radicalisation corroborate some previous research with one report commissioned by Manchester mayor Andy Burnham after the Arena attack identifying a lack of social integration. “Far from needing to improve economic conditions, combat ideology, or medically treat extremists, focusing on alleviating interpersonal discrimination can keep those with extremist leanings on the non-violent and negotiable side of the fence,” said Hamid.