NEW YORK — The United Nations’ annual review of the Sustainable Development Goals has come and gone, but the hard work of assessing governments’ voluntary status updates is just beginning for some civil society organizations.

Forty-seven countries presented progress reports on their implementation of the SDGs during the two-week High-level Political Forum in mid-July. But without stringent guidelines and a strong accountability system in place, governments are largely left to self-report on just a few of the 17 goals.

It could also mean the voluntary national reports — often more than 100 pages long, circulated shortly before the launch of the forum — do not offer a fully accurate perspective of a country’s work on development, some experts say.

► Do libraries have the key to the framework for implementing the SDGs?

“The reporting process is still an infant operation. In many ways, these VNRs are not organically connected with a process that precedes their presentation and follows it up. They are more just a moment in time in NY,” said Stefano Prato, managing director of the Society for International Development.

U.N. Secretary-General António Guterres sent out guidelines for governments in advance of drafting the VNRs, according to Oli Henman, global coordinator for the global civil society platform Action for Sustainable Development. But these are broad recommendations, resulting in “governments that can choose to write about things in very different ways,” he explained. 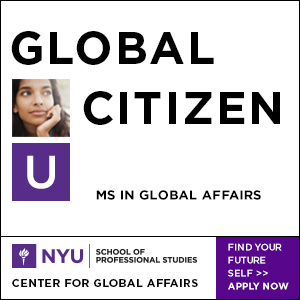 Laos, for example, issued a detailed reporting highlighting some of its achievements, including 99 percent of net enrollment in primary schools and a boost in electricity access for all citizens.

Civil society focal points from Laos at the High-level Political Forum, meanwhile, stressed lack of civil society inclusion in the government’s review process, among other issues.

“It looked relatively effective and successful, but talking to people who work in Laos, they highlighted that there was little mention of the impact of huge new dam projects,” Henman said.

“On an economic basis, the dams are a success and generate raw electricity, but there is an impact on some of the communities being displaced. And there was no mention of that. So it is an example of where the raw economic data hides the complexity on the ground.”

Other organizations and global coalitions — including Action for Sustainable Development and the Canadian Council for International Co-operation — are also in the process of developing shadow reports, meaning comparative independent assessments,  to governments’ official reviews. The Action for Sustainable Development Coalition has issued templates to its national partners to help them consider how governments are involving civil society in their implementation and review of the SDGs, and questions around the issue of leaving no one behind.

Get development's most important headlines in your inbox every day.Subscribe

This shadow report is expected to be released in early December — a time lag that is reflective of the sheer number and length of the government reports, says Fraser Reilly-King, senior policy analyst at CCIC.

“There are huge opportunities to learn from countries in terms of the types of frameworks and structures they are setting up, but countries are not typically all that frank in their reports in terms of the challenges they are facing,” he said. “It's about creating a process that allows everyone to engage and implement the agenda.”

Last year’s report found that while the majority of countries reporting in 2017 had incorporated the SDGs into national development plans, only a few national policies already aligned to the goals.

A strengthening of robust reporting requirements at the annual High-level Political Forum could also mean there is a requirement to talk about “leaving no one behind,” a cross-cutting principle that stresses the need to include all vulnerable populations in countries’ implementation of the goals.

During the first formal review of the SDGs, 35 percent of countries did not talk about “leaving no one behind” in 2017, estimated Henman.

Groups such as World Vision International have also campaigned for governments to address all 17 SDGs in their reporting, not just the few that are highlighted as an area of focus each year during the reviews.

“That has been a major issue we have had as civil society organizations. When the government focuses only on certain SDGs you have most vulnerable people left behind on how the SDGs are delivering for them. We raised this strongly,” said Arelys Bellorini, U.N. representative for World Vision International. 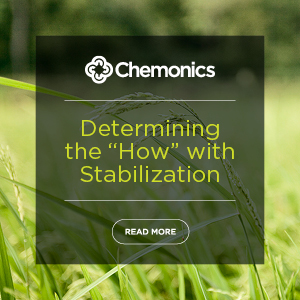 “Governments should not be cherry picking SDGs and reporting on those they feel more comfortable with.”

Many governments partially addressed goal six — ensuring availability and sustainable management of water and sanitation for all — by focusing on water management, but not access to sanitation. These two issues are inextricably linked, pointed out Lisa Schechtman, director of policy and advocacy for WaterAid America.

The High-level Political Forum came shortly after reports from the U.N. and other organizations that showed all countries are off-track to deliver on the SDGs by their deadline of 2030, as Devex reported.

Lack of sufficient progress was also reflected throughout the forum.

“The report looks at the issues as fairly static, rather than dynamic issues — and the limits or obstacles of implementation are coming from those dimensions. None of the VNRs expose the systemic limitations and those are precisely the areas in which an international community should be able to engage on it,” Prato said.

“One thing was very clear throughout the entire HLPF — the world is very off target. At some point something else needs to be done, because we are going completely the other way.”

Amy Lieberman is the New York Correspondent for Devex. She covers the United Nations and reports on global development and politics. Amy previously worked as a freelance reporter, covering the environment, human rights, immigration, and health across the U.S. and in more than 10 countries, including Colombia, Mexico, Nepal, and Cambodia. Her coverage has appeared in the Guardian, the Atlantic, Slate, and the Los Angeles Times. A native New Yorker, Amy received her master’s degree in politics and government from Columbia’s School of Journalism.