(October 8, 2018, Bali) - Civil society groups from around the world today welcomed news that the World Bank’s private sector arm, the International Finance Corporation (IFC), has taken significant steps to vastly reduce its exposure to coal through new financial intermediary (FI) investments. The CEO of the IFC, Philippe Le Houérou, has committed to help FI clients to reduce or in some cases exit coal.  He states in a blog post published today that the IFC has eliminated general purpose loans to financial intermediaries and now ‘ring-fences’ about 95 percent of its lending to FIs to “ensure that the financing only supports targeted areas, such as projects promoting energy efficiency, renewables, women business owners, or small and medium-sized enterprises.”

“The IFC has a $57 billion portfolio and influence over another $4.5 trillion in investments in emerging markets. IFC is sending a strong signal that there is no future for coal,” said Kate Geary, Co-Director of Bank Information Center Europe.

"This is an important step by the IFC to redirect its investment to align with the Paris Agreement on climate change, and other financial institutions should sit up and pay attention. This move reflects the tireless efforts of frontline communities fighting destructive coal projects while feeling the impact of a changing climate. The IFC must now also ensure that it extends this new approach to be consistent with the World Bank Group's broader commitment to end finance for oil and gas extraction, and lead a transition of all investments toward a safe climate future,” said Alex Doukas of the Big Shift campaign.

The IFC’s ‘hands-off’ lending through financial intermediaries has embroiled it in human rights and environmental scandals from Honduras to Cambodia. The IFC has been reforming its FI lending following public outcry, disastrous media coverage, damaging findings from its independent accountability mechanism, the Compliance Advisor Ombudsman (CAO) and pressure from a rattled Board.

In October last year, more than 100 civil society organizations and affected communities in the Philippines filed an historic complaint to the CAO - the first mass climate-related complaint ever filed against IFC - for investing in Rizal Commercial Banking Group, which went on to bankroll a boom in coal fired power plants across the country.

A key demand of  the complaint was that the IFC clean up its financial intermediary portfolio and ensure that its intermediaries hold to the same climate and energy commitments that the World Bank Group has made for its direct investments.

While the IFC’s announcement is a step in the right direction and demonstrates that it can act to exclude harmful projects from its portfolio, the commitments do not yet go far enough. Through what he calls “a green equity investment approach,” Le Houerou stated that the IFC would continue to take equity stakes in financial intermediaries that “formally commit upfront to reduce or, in some cases, exit all coal investments over a defined period.”

“If the IFC really wants to shift the market, it needs to make it clear to banks that if they want the IFC’s equity and seal of approval, they need to get out of the business of financing coal - full stop,” said David Pred, Executive Director of Inclusive Development International   “Without the blanket coal exclusion that we have been calling for, the IFC will need to require full disclosure by its clients of their exposure to coal and other environmentally and socially risky projects so that civil society can monitor the speed and extent to which these banks are actually getting greener.”

Civil society also urged the IFC to address the legacy impacts of its financial intermediary portfolio. "The IFC's financial intermediary lending is inherently flawed, un-transparent and unaccountable. The IFC's change of heart on coal has come too late for the communities affected by the GMR Kamalanga coal plant, who continue to suffer to this day. As part of its reforms, the IFC should put right past damages and ensure FI clients provide redress to affected communities,” said Joe Athialy, Director of Centre for Financial Accountability, India.

"The Philippine Movement for Climate Justice welcomes this IFC policy shift as a positive step towards achieving the climate goals. But with this bold announcement, we find no reason for the IFC's continuous presence on the board of Rizal bank, which has not backed away from its coal investments even after drawing fire from affected communities. The IFC should atone for the negative impacts of its past decisions, as a matter of social responsibility and justice," said Bibiano Rivera, of the Philippines Movement for Climate Justice.

Civil society is now urging the IFC to make two complementary steps: to ensure greater transparency and to help its FI clients decarbonize their own portfolios.

The IFC must make its FI lending more transparent so that affected communities are able to hold the IFC accountable for its reforms. The IFC should:

Disclose the name, sector and location of sub-projects financed via FIs both on its own  website and that of  the FI client;Publicize its involvement at the site of the project itself among affected communities;Adhere to a wide range of transparent and consultative processes with communities and CSOs, to avoid backing such damaging projects in future;Track and disclose its FI clients’ exposure to coal and other fossil fuels.

In order to clean up its FI lending portfolio and achieve a transformational shift in global finance flows through its influence on clients and other financial actors, the IFC should:

Ensure that none of its investments result in an increase in coal support by IFC clients: whether for power generation or industrial uses, and associated facilities such as transmission lines and railways or ports primarily meant for the transportation of coal;Exclude coal across all its FI investments and disclose these exclusion clauses, so that they can be publicly monitored; also exclude upstream oil and gas from 2019 in line with Word Bank Group’s commitments;Refuse to invest in FIs whose portfolios have more than a 5% exposure to coal. Dutch Bank ING has stated it will no longer finance utilities sector clients that will be over 5% reliant on coal in 2025 and will stop lending to its existing clients unless they end their reliance on coal by 2025. BNP Paribas will only provide services and investment to companies that are diversifying away from coal. The Dutch development finance institution FMO, which is a similar operator to the IFC and invests in similar markets, has a 20% portfolio coal exposure limit in place, demonstrating that this target-setting is possible;Work with new and existing clients to ensure they disclose their GHG emissions and commit to develop a portfolio decarbonization plan within a year of investment, which aims to achieve emissions reductions in line with targets set under the Paris Climate Agreement.

The IFC should also ensure that harms caused by existing coal projects supported via FI clients are remedied and that local communities receive adequate redress.

Broken Promises:  The World Bank, International Investors and the Fight for Climate Justice in the Philippines

Time to Come Clean:  How the World Bank Group and International Investors Can Stop the World's Most Dangerous Coal Plant 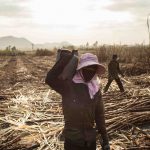 (October 11, 2018)— ANZ Banking Group violated its own policies and international human rights standards by financing a Cambodian sugar company that seized land from local farmers, according to a statement released today by an Australian government body that monitors

(September 5, 2018, Bangkok) – A Thai court has accepted a landmark lawsuit filed by plaintiffs representing a class of over 700 Cambodian farming families accusing Asia’s largest sugar producer of grabbing their land and destroying their livelihoods. In line

Liberian communities harassed after calling on banks to halt $1.5 billion loan to Wilmar over land grabbing and human rights concerns 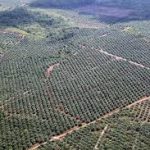 (July 25, 2018) – Commercial banks that were lining up to join a $1.5 billion syndicated loan for the palm oil giant Wilmar International are apparently reconsidering the deal due to concerns about land grabbing and other human rights abuses connected