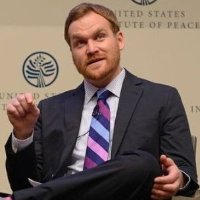 This weekend, the Group of Seven (G7), an informal alliance of the world’s advanced economies, will meet to discuss today’s most pressing global challenges. A key theme of the meeting will center on progress made towards achieving the Sustainable Development Goals (SDGs), including gender equality, climate change, “building peace,” and “jobs of the future.” These issues are certainly worthy of concern, and on the surface, there would appear to not be much to criticize. Conveniently missing from the menu of high-level discussion topics, however, are the very causes of the world’s most persistent social ills: lack of respect for democratic values and basic human rights. Indeed, this is by design and not at all a coincidence.

In 2015 the United Nations unveiled the SDGs—an evolution of the Millennium Development Goals crafted in 2000—to address endemic poverty, the proliferation of HIV/AIDS, lack of clean drinking water, adequate healthcare and other basic services in the developing world. Today, there are countless global conferences based on SDG themes. Billions of dollars of investment have been spent and donated to the cause. And numerous working groups, task forces, family foundations, philanthropic endeavors, and government delegations have formed part of a growing army dedicated to spreading the SDG gospel.

There is one glaring problem: the SDGs are pushing an agenda carefully calibrated to avoid upsetting the world’s dictators, kleptocrats, and this century’s worst human rights offenders. Search the 17 SDGs and you will fail to find a single mention of the word “democracy.” Out of thousands of words of text, “human rights” is mentioned merely once (and not as its own category, but as a secondary bullet point).

Despite their feel-good vibe the SDGs are, in many ways, an authoritarian project, assisting a status quo in which 93 countries, and an estimated four billion people, are ruled by authoritarian regimes, according to Human Rights Foundation. And despite the perceived success of the SDGs, there has been twelve consecutive years of decline in global freedom, according to a recent report by Freedom House.

Today, dictatorships like Algeria, Belarus, China, Egypt, Kazakhstan, Iran, Saudi Arabia, Thailand, Turkey, Vietnam, and Zimbabwe are part of the Open Working Group tasked with implementing and monitoring SDG progress. Make no mistake: the future that these regimes and their backers want is one where repression and blatant looting is permitted so long as superficial “development” gains are made and quantified, and so long as pesky issues like respect for democratic rights and the holding of free and fair elections are sidestepped entirely.

Since the SDGs do not require political reform, they are a big hit with wannabe life presidents, despots and one-party states. Syria’s Bashar al-Assad, for example—arguably the 21st century’s most brutal human rights offender—was involved in drafting the SDGs and has since promoted them worldwide. The current co-chair of the main African institution charged with tracking SDG performance is the president of Rwanda, Paul Kagame. Kagame has now been in power for over two decades and has cleverly used his country’s SDG “success” to deflect from systematic human rights abuses at home, while orchestrating catastrophic wars and politically motivated assassinations abroad.

Similarly, Eritrea’s president Isaias Afwerki presides over the most repressive regime in Africa but is readily able to flout his positive SDG pedigree. Likewise, the Communist Party of China has a detailed national plan for meeting the SDGs. The regime in Saudi Arabia is also “committed” to achieving its goals. And even the long-standing Cuban dictatorship is “on the path to achieving the 2030 Agenda,” according to a profile in a state-controlled newspaper.

These modern authoritarians—often with the aid of Western PR and lobby firms—have constructed a massive façade, agreeing in principle to a vague set of objectives in partnership with Western leaders that will, in turn, stay silent on their evident excesses. Indeed, this modern authoritarian cohort has employed a genius method to both speak the language of “development” internationally while fundamentally undermining it at home.

The SDG influence is equally pronounced in the corporate and institutional sectors.

The United Nations Development Program (UNDP)—the main agency overseeing SDG implementation—is also tainted by the involvement of illiberal democracies and dictatorships. Board members of the “SDG Impact Finance” operation, for instance, include Egypt’s minister of investment, fresh off the massacre of hundreds of pro-democracy demonstrators; it also includes the minister of finance of Bangladesh, whose colleagues in government seized power by military coup; and then there is China’s Li Zhenxi, whose government is enslaving an estimated one million Muslim citizens in internment camps. These are just several of the more glaring examples of how abusive governments can manipulate the SDG system to curry favor among the elite and conceal their crimes.

And it is not just governments that are being guided by the SDGs away from criticism of human rights violations. The impact investing community, for example, is building significant influence in this area. The Global Impact Investing Network has launched a campaign to direct more capital to the SDGs, claiming that 26% of the investors they surveyed were tracking performance of their investments to the goals, with an additional 34% planning to do so in the near future. The Case Foundation says that impact investors have “reframed their thinking” to meet the SDGs. And the impact investor network Toniic recently released a framework to encourage their community to likewise align their global investments.

The SDG influence is equally pronounced in the corporate and institutional sectors. The Case Foundation has suggested that the SDGs are now the “North Star” for corporations. Private equity funds, including Encourage Capital and Sonen Capital, are also helping lead the way with SDG impact. Corporate titan UBS is launching a series of investment products aligned to the SDGs. And some of the world’s largest public funds—in countries like Sweden and the Netherlands—have changed their investment strategies to incorporate the SDGs. According to CNBC, 2018 has seen “more governments and businesses than ever before put the SDGs at the heart of their development plans.” The end result has been trillions of dollars of funding for activities that will focus on countries that are ostensibly crossing the SDG goal line.

In theory, this trend would appear to be a positive development. To be sure, there is one SDG that its backers can highlight when asked about the issue of democracy—namely, SDG 16 (Peace, Justice, and Strong Institutions). While it does not mention democracy or human rights explicitly, former UNDP Administrator Helen Clark told us that “development partners should see investments in implementation of SDG 16, and its targets, as top priority investments.” She noted that SDG 16 was “the most hotly contested” during the UN Member States’ negotiations. She continued: “progress on SDG 16 will not be fast, and in some countries, we see regression, but in others, from The Gambia to Malaysia, we see the power of the ballot box to bring about change.” What Ms. Clark makes clear is that SDG 16, faulty as it may be, can potentially be utilized as leverage to advance basic freedoms and democratic reforms.

We are not asking for SDGs to be scrapped but for a reconsideration of the pursuits and industries best positioned to advance development.

We certainly agree. But in order for impact investing to be truly effective in the long run—and for investors to get the biggest return on their venture—they are going to need to diversify and open new areas of focus beyond the SDGs. If you are a human rights advocate or an investor working to harness your wealth to make the world a better place, you should ask yourself a few key questions:

Why are abusive governments and dictators such huge fans of the SDGs?How are the SDGs measured and where does the data originate from?Why do the SDGs fail to mention the word “democracy?”

We are not asking investors to ditch their SDG strategies. They have built positive momentum that we do not want to disrupt. We are, however, asking that they consider supplementing this philosophy with investments that can directly address and help to build democratic foundations upon which sustainable development is made possible.

One cutting edge idea is the concept of “DemTech,” which focuses on investing in decentralized data, encrypted communications, and distributed storage solutions to help individuals and activists maintain privacy, own and control their own data, and increase resistance to censorship, which is on the rise across the world. Another option is to focus on the root causes of the world’s democratic backsliding, evident over the past decade, by investing in free media, citizen journalism, and voting technology to strengthen free and fair elections. As studies have repeatedly shown: democracy contributes to development, growth and good governance. And this only happens if they key components of electoral democracy are fully realized.

Today, maintaining the SDG status quo is not an option. Until we collectively focus on the true building blocks of democracy, abusive leaders and dictators will continue to be feted at glitzy conferences, pat each other on the back with a wink and a nod, and maintain a brutal level of repression against their own people. What’s more, their repression will continue to proliferate under a guise of “development” that continues to fool do-gooders everywhere. It is time to recognize the problems inherent in the SDGs and chart new courses for investing in a free and healthy planet.