If young women are dying of shame about their bodies, we need a rethink

If young women are dying of shame about their bodies, we need a rethink 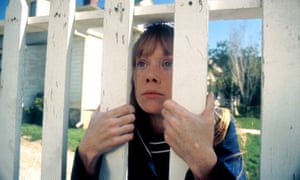 God I miss pubic hair. During a recent bonding session with my teenager, we watched Carrietogether. What is shocking now about the 1976 horror movie is not just how brilliant it is, – and brilliantly short – but also that opening shower scene. All that pubic hair on the teenage girls. “Where has it all gone?” I wondered, as my daughter shifted uncomfortably in her chair.

I thought about it again reading about why so many young women are reluctantto have cervical smears. The latest statistics are alarming; the worst for 21 years. Only 71.4% of women in England who should be screened are getting tested. Between the ages of 25 and 49, women should have a smear test every three years, and currently only 69.1% do. Coverage is better for older women, with more than 76% showing up for screening. Robert Music, chief executive at Jo’s Cervical Cancer Trust, said the figures were “highly frustrating and, coupled with rising cervical cancer diagnoses, an enormous worry”. Not to put too fine a point on it, cervical cancer kills. Yet, if it is detected early, most women are fine.

Women’s bodies remain mysterious to us if we are mainly concerned about how we look, rather than how we feel in them

Why did I connect pubic hair with this health issue? When asked why they won’t have a smear test, many young women talk about “being judged”. They feel they need to be waxed or shaved, they worry that their vulvas and vaginas will not smell or look right. They feel embarrassed and awkward and frightened. To which one can only say, look, the doctors and nurses really have seen it all before. Society has come a long way since the 1800s, when it was believed that any kind of “pelvic examination” would cause women to become sex maniacs, so really, only prostitutes could be examined. It is true, too, that no one enjoys a smear test. Having a cold metal speculum put inside you ranks up there with having your breasts squashed between glass plates for a mammogram in terms of pleasure I would say. It’s that phrase doctors use for all horrible things: “a bit uncomfortable”.

There are two conversations going on at once here: we have a culture of sexual openness, hook-ups, free bleeding and jokes about vaginas in public. At the same time, female bodies are still dirty, troublesome and never perfect enough. The situation is confused by the insistence that the word “woman” itself is problematic for parts of the trans community. Even Cancer Research UK talks about “anyone who has a cervix” needing to get tested, a usage it defends on the basis that transgender men are at risk of cervical cancer. Many nurses who carry out routine screening tests say this is worse than useless. The reality is we also need to reach women who don’t have English as a first language and the very many women who hardly know what a cervix is. 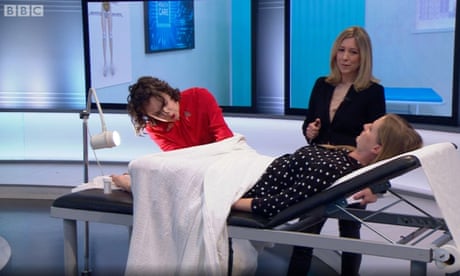 All of it makes me feel we are spiralling backwards. The speculum, once seen as a danger to proper ladies – basically a “steel penis” – was reclaimed in the 60s by feminists and feminist doctors who set up free clinics. In 1971 Carol Downer, an American feminist, walked into a bookshop in LA, pulled down her pants and inserted a speculum. She invited other women in the shop to come and look at her cervix. These sessions with speculums, torches and mirrors were self-help at a time when abortion was still a crime in the US. DIY gynaecology empowered millions of women to understand their own anatomy. Women began teaching each other about speculums and vaginal self-examination and took mirrors to the doctors so that they could see inside themselves. It was a radical act: women’s bodies were not objects for others but belonged to them.

Look, I’m not asking for constant fanny gazing if you don’t feel up to it, but if not dying of ignorance means asking the doctor to warm up the speculum, or telling them it hurts, then do it. But if fear of what we look like “down there” means cancer rates are rising then it really is time to start examining ourselves, examining our bodies, and examining what our contemporary culture demands of young women. Far from being liberated, women’s relationship to their bodies, in terms of both pleasure and pain, appears to be even more troubled than it used to be.

• Suzanne Moore is a Guardian columnist