Two leading figures from statistical commission have quit over the delay in publishing figures, which come ahead of a tight general election 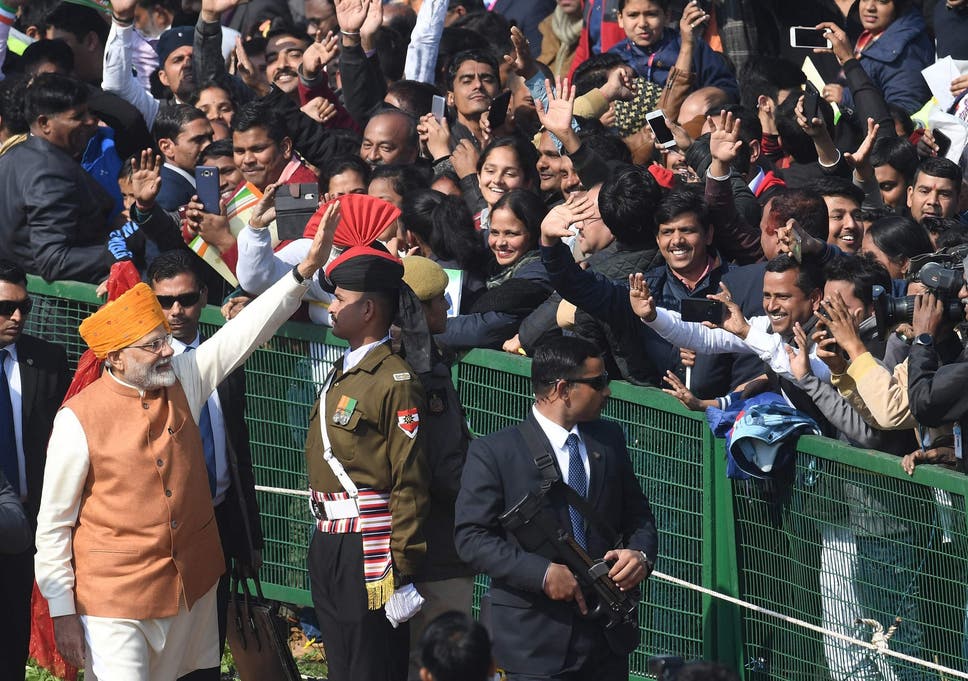 Unemployment in India has reached a 45-year high, according to leaked official jobs figures that the government had delayed publishing with just a few months to go until a general election.

With jobs creation one of the key pledges that delivered prime minister Narendra Modi to power in 2014, the report that the unemployment rate stands at 6.1 per cent – the highest since 1972-73 – could prove a damaging blow.

The figures, reported by the Business Standard, come after two senior officials in the National Statistical Commission quit their jobs over what they said was deliberate interference by government agencies to delay publication of the numbers.

For exclusive articles, events and an advertising-free read for just $9.99 a month

The unemployment survey covers July 2017 to June 2018 and the results should have been published in December. Statistics ministry officials said the report was submitted on time, but that it was up to the government to decide when it should be released.

Official figures state that India’s GDP has grown by an impressive 7 per cent or more each year under Mr Modi’s Hindu nationalist Bharatiya Janata Party (BJP), the highest rate of any major economy.

But the figures show new jobs are not keeping up with the pace. The Business Standard report said joblessness stood at 7.8 per cent in urban areas compared with 5.3 per cent in the countryside.

Amid growing public protests over jobs, critics have said the government’s claims of economic success have sounded increasingly hollow.

And the new figures are particularly significant as the first since Mr Modi’s decision in November 2016 to withdraw most of the country’s banknotes from circulation overnight. While millions of Indians were brought into the banking system for the first time, figures show demonetisation did little to claw back black money – the main expressed aim – while most experts say it hurt GDP.

The government declined to confirm or deny the report. Pravin Srivastava, India’s chief statistician, told Reuters: “We have not released the report. I do not want to comment on it.”

Earlier this week, acting chair of the National Statistical Commission PC Mohanan and a colleague resigned, with Mr Mohanan telling India Todaythe commission – which is supposed to provide oversight of official figures – was “being sidelined”.

The jobs figures “not being released … is one of the reasons [for quitting]”, he added. “We recommended [release] and sent it forward, but it’s still not on the website.”

Pronab Sen, a former chief statistician of India, said unemployment had been rising since 2012 but attempts to suppress the publication of data were not the answer.

“It will only create more suspicion about the intentions of the government,” he said.

Rahul Gandhi, the leader of the main opposition Congress party, said the figures exposed a “national disaster” on Mr Modi’s watch, who he referred to as “the Fuhrer”.

The BJP hit back on Twitter, comparing Mr Gandhi to “Mussolini’s shortsightedness” and saying that “EPFO’s real data shows sharp increase in jobs, created in just the last 15 months”. Economists have previously detailed why using numbers from the EPFO – the state retirement fund body – can be problematic.

The economy is currently top of the news agenda in India, with Mr Modi’s government set to issue its last budget before the election on Friday. Attempting to cease back the media narrative, it released its own figures on Thursday revising up a GDP growth estimate for 2017-18 to 7.2 per cent, from 6.7 per cent.

Nonetheless, in an editorial, the Indian Express urged the government to avoid taking “an adversarial stance when confronted with datasets that are uncharitable regarding its performance”.

“Repeated interventions in data releases run the risk of denting the market’s trust in official data released by government agencies,” it warned. “This is a lesson China has learnt the hard way.”