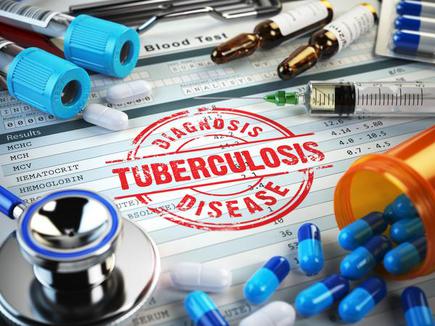 Decades of global neglect have resulted in tuberculosis (TB) becoming the leading cause of adult deaths in most of the global south — it kills nearly two million people a year. This is shocking given that TB is curable and preventable. But there are signs of change as the spotlight shines on TB; including the United Nations Declaration of September 2018 titled “United to End Tuberculosis: An Urgent Global Response to a Global Epidemic”, where heads of state and government have “reaffirmed their commitment to end the global TB epidemic by 2030”.

But not all attention is good. An emergent and disturbing arsenal of surveillance technologies has caught the attention of international and domestic policy makers and threatens to detract from an effective response to TB that is anchored in human rights and has a human touch. For example, a plan in India is to implant microchips in people in order to track them and ensure they complete TB treatment. There are also seemingly endless technological tweaks to the Directly Observed Treatment, short course (DOTS) strategy, which requires patients to report every day to a health authority, who watches them swallow their tablets. Now, governments use, or plan to soon use, a strategy of video, tablets, phones and drones to carry the old DOTS strategy into the technology era.

An obsession with new gadgets in disease management — in the context of a disease that could be eliminated in a relatively inexpensive way through human-rights based interventions — is strange. This thinking envisions a TB response that is not with and for people who have TB but rather against suspects who must be targeted, tracked, traced and, above all, never trusted.

December 10 was World Human Rights Day, which is a reminder also that we can only beat TB using an approach anchored in human rights. Such an approach focusses on creating health systems that foster trust, partnership and dignity. This approach regards people with TB not as subjects to be controlled but as people to be partnered with. It assumes that people with TB have dignity, intelligence and empathy that motivate them to act in the best interests of themselves and their communities when empowered to do so. We cannot beat TB through a response rooted in control and coercion. Therefore, we suggest three interventions to which the funding for surveillance technology should be redirected.

The first is new treatment. In contrast to the dozens of whirring and chirping surveillance gizmos are bedaquiline and delamanid, the only new TB drugs to have come to the market in 50 years. These drugs are far more effective against drug-resistant TB than prevailing treatments made up of toxic drugs and painful injections that only work about half the time and often cause disability and psychosis.

New guidelines by the World Health Organization (WHO) recommend the use of bedaquiline and delamanid against drug-resistant TB. But to date, only about 30,000 people have received the new drugs; compare this to the over 500,000 people who get sick with drug-resistant TB every year.

In other words, we mount an arsenal of cutting-edge technology to corral people into taking torturous, ineffective drugs even while we fail to use available drugs that work far better. If adherence is the goal, providing drugs that work would be a good place to start.

International institutions, donors and countries need to focus and collaborate on the urgent production and distribution of affordable generics of bedaquiline and delamanid. Meanwhile, we must escalate from all levels pressure on companies such as Johnson and Johnson and Otsuka to drop their prices to a dollar a day for each medication so that their exorbitant prices no longer exclude the vast majority of people from accessing the drugs.

The second is the human touch. Employ and deploy community health-care workers. Many domestic TB policies envision community health-care workers as the backbone of the response, yet, in practice, these front-line workers remain shockingly underused. In sufficient numbers equipped with proper training and dignified conditions of employment they would lead the response by bringing care to those furthest from the reach of traditional health-care systems. Such programmes would also have the incidental, yet hugely significant, benefit of employing millions of people. WHO should focus on recommendations around this cadre of workers and donors should focus funding to programmes that make the most of them.

The last is accountability. The TB response can only be as good as the health-care systems through which it is implemented, and health-care systems are only as good as the structures that hold them to account. Community-based structures such as “clinic committees” ensure accountability while also fostering partnership and trust between communities and their health-care systems. Grassroots civil society and community-based organisations also ensure accountability. Such organisations are indispensable and would thrive on comparatively small amounts of funding. Accountability is a necessary condition for success. We must recognise that it is owed to communities, not donors or international institutions, and fund their efforts to ensure it.

People with TB do not need to be watched, they need to be heard. People with TB are saying they want what anyone wants — including health and dignity. The shiny allure of surveillance technology threatens to distract us from the real work of the TB response; work that involves partnering with communities to employ human-rights based strategies to beat TB.

Allan Maleche is the Executive Director of the Kenya Legal & Ethical Issues Network on HIV and AIDS (KELIN); Blessina Kumar is the CEO of the Global Coalition of TB Activists; and John Stephens is an Associate at Georgetown Law’s O’Neill Institute for National and Global Health Law