Most of the victims were sold as sex slaves after false promises or kidnapping, Nigeria's anti-trafficking agency said. 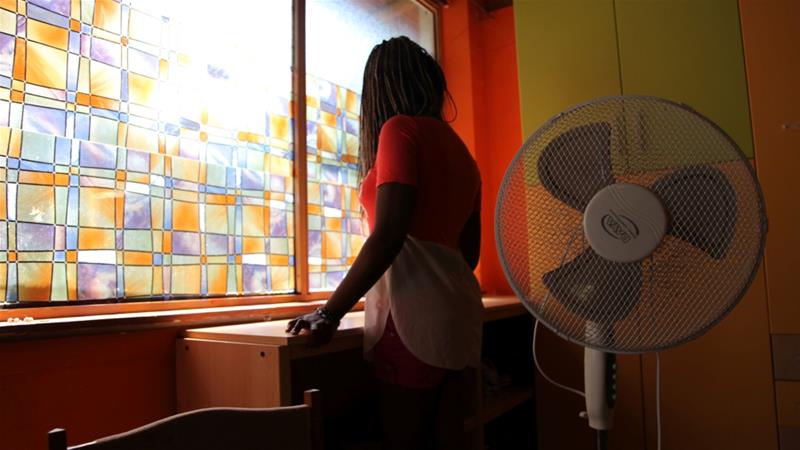 Nigeria's anti-trafficking agency said it has found thousands of missing girls and women in southern Mali, many of whom were sold as sex slaves.

According to the agency, NAPTIP, there are between 20,000 and 45,000 kidnapped Nigerian women in Mali it intends to return to Nigeria.

"They were tricked into going to Mali by giving them the impression they were going to get jobs in hotels, for example," Okah-Donli told Al Jazeera.

"Some were actually abducted while going to school.

“There are over one million Nigerian residents in Mali, out of which about 20,000 are trapped into forced prostitution. The conditions are horrible. They are kept in the thick of the forest where they cannot escape and with the 'madames' watching over them."

In 2014, armed group Boko Haram abducted more than 276 schoolgirls from the town of Chibok, Nigeria.

The kidnapping captured the world's attention, with celebrities and prominent personalities such as former US First Lady Michelle Obama joining a "Bring Back Our Girls" campaign to free them.

Around 2,000 girls and boys have been abducted by Boko Haram since 2014, many used as sex slaves, fighters and even suicide bombers, according to Amnesty International.

According to a 2018 report by the US State Department, human trafficking is a major problem in Africa's most populous country.

Nigerian victims of human trafficking were found in about 40 different countries, the report stated, adding that "80 percent of all female Nigerian migrants in Italy are or will become sex trafficking victims".

Perpetrators of human trafficking are not only criminals and armed groups such as Boko Haram, which controls large parts of northern Nigeria, but also groups within Nigeria's armed forces.

The United Nations has criticised Nigeria for failing to tackle human trafficking after a human rights mission looked at efforts to stamp out the organised trade in people.