No other possibility but to leave’: UN News special report from the Nigeria-Cameroon border

‘No other possibility but to leave’: UN News special report from the Nigeria-Cameroon border as 35,000 newly-displaced seek safety

UN Photo/Eskinder DebebeSome 35,000 Nigerians have fled across the north-eastern border into Cameroon in the last two weeks of January. (1 February 2019)1 February 2019Humanitarian Aid

Small shelters, some covered in the ubiquitous white sheeting provided by the UN Refugee Agency (UNHCR), dot the dusty grey sun-bleached plain around the village of Goura, in the far north-east of Cameroon.

Hebibi Toudjum‘s shelter is so low to the ground she needs to crawl into it.

She arrived from the village of Rann 7km across the border in Nigeria six days ago after fleeing a killing spree perpetrated by the terrorist group Boko Haram.

“They came and killed many people and set the town alight,’ she told UN News, which has a team on assignment in the region. ‘Everyone was scared, so we came here where it is safe,” she added.

Hebibi Toudjum is one of around 35,000 people who have fled Rann in the last two weeks after Boko Haram extremist fighters, repeatedly attacked the town.

The outlawed terrorist group has been active in this impoverished corner of north-east Nigeria for over a decade. Thousands of people not just in Nigeria but over the border in Cameroon and Chad, have been killed, many summarily executed. The livelihoods of tens of thousands of others have been destroyed in the insurgency, as regional governments struggle to put an end to the ongoing violence.

This is where they need to be now if they want to stay alive -  Allegra Baiocchi, UN Coordinator, Cameroon.

The refugees left Rann following the recent withdrawal of the Multinational Joint Task Force (MNJTF) which came to secure the city after an attack on January 14. The MNJTF was set up by the affected countries - Cameroon, Chad, Nigeria, Niger and Benin - to counter Boko Haram, and other terrorist groups which are gaining ground across the Lake Chad region.

“When the military left,” said Kellou Maloum Modu, “we had no other possibility but to leave. My own brother died. I pray that God will keep Boko Haram away from me and my family.” 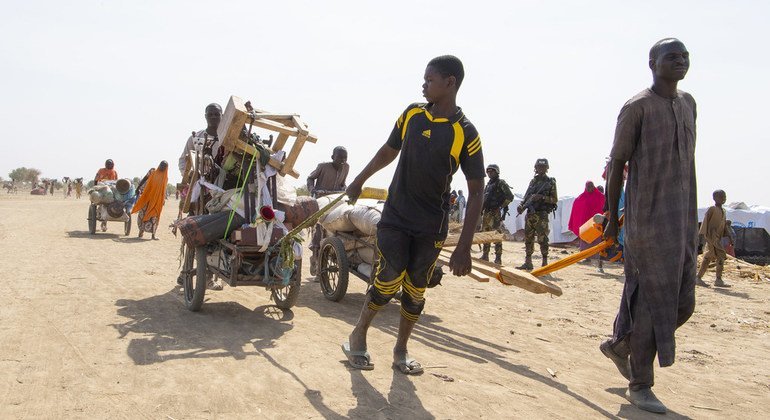 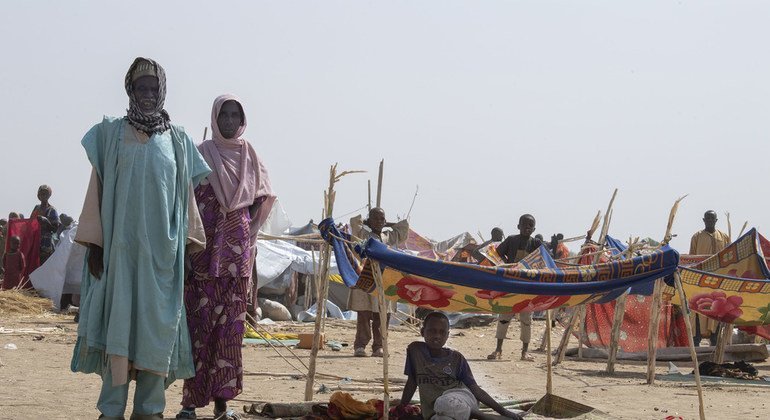 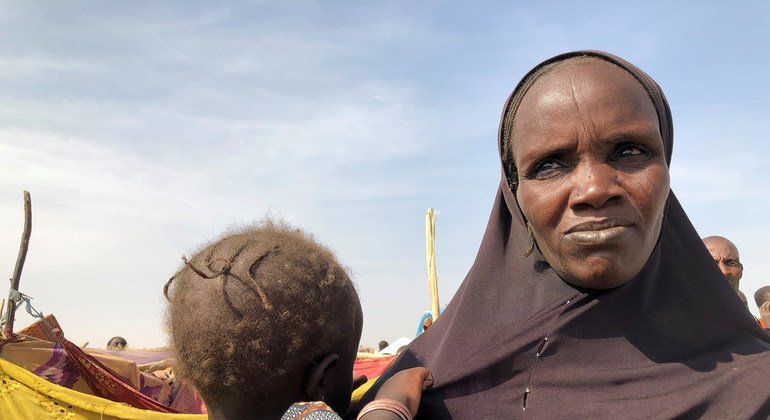 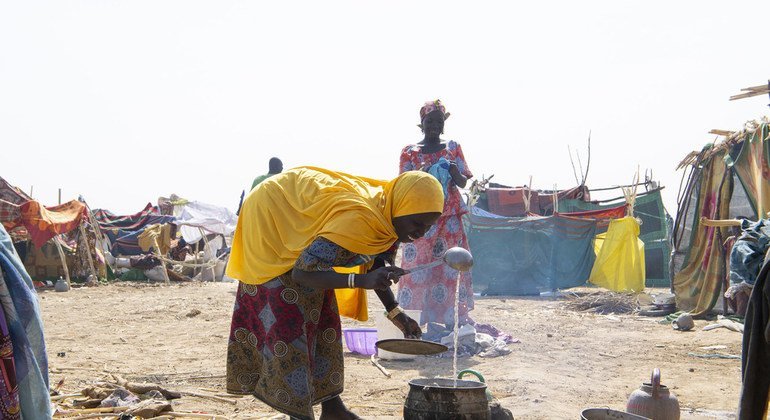 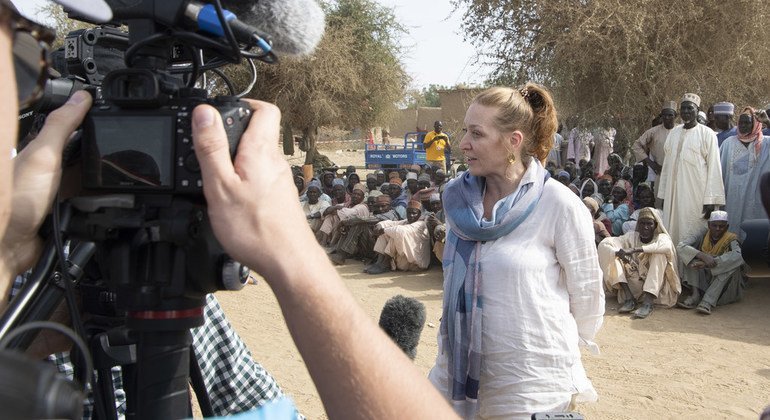 1 / 6Nigerian refugees from Borno state in the northeast, flee to Cameroon after Boko Haram kills “many people” in repeated attacks through January.UN Photo/Eskinder Debebe

For now, the 35,000 Nigerian refugees are safe in Cameroon, although many are once again putting themselves at risk by returning to Rann on foot, to collect a few personal possessions which were not looted or burnt.

Speaking to UN News on a visit to Goura on Friday, the UN Resident Coordinator in Cameroon, Allegra Baiocchi said, “I have seen many fearful people here. whose lives have been destroyed by Boko Haram.”  The people who came here really had no choice. This is where they need to be now if they want to stay alive.”

The United Nations and its partners have responded to the sudden influx into Goura by providing basic services in what is now a makeshift refugee settlement. Some 13,000 people have received food rations and each registered refugee is getting six litres of clean water a day, some way below the recommended 15 litre minimum.

“The response from humanitarian workers here has been impressive in what is an extremely challenging environment,” the UNHCR, or UN refugee agency’s top official in Cameroon Geert Van de Casteele said in Goura. “We need to scale up the response keeping in mind the local population; that is the next step and I am hopeful we can achieve, with increased funding.”

In January, the UN, in coordination with the Government and aid partners, announced its 2019 Humanitarian Response Plan which focuses on the whole of the country, including areas affected by Boko Haram.  Around 4.3 million Cameroonians, mostly women and children, are now in need of lifesaving assistance.