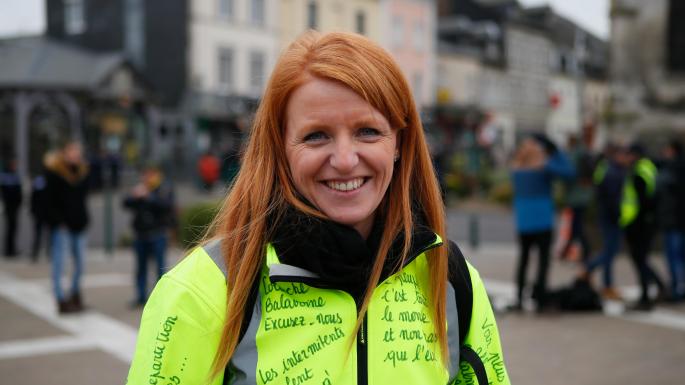 Two months ago Ingrid Levavasseur was an unemployed nursing assistant living in rural Normandy. This week she became France’s most discussed public figure when she took the leadership of a new political party that claims to represent the yellow vests, whose revolt is the greatest crisis of President Macron’s time in office.

Ms Levavasseur, 31, from the small town of Pont-de-l’Arche, hopes to channel the anger that has led to weeks of often violent demonstrations into an electoral force. “We are the people and we are trying to change things,” she said as she began her attempt to unite a movement whose members span from the far-left to the ultra-right and whose only common cause has often appeared to be hatred of Mr Macron.