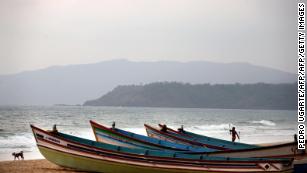 The women and girls of Delhi are fighting back

New Delhi (CNN)Years after the gang rape of a student on a New Delhi bus shocked the world, women in India remain haunted by the case.

The fate of Jyoti Singh Pandey -- known commonly as Nirbhaya, meaning "Fearless" in Hindi -- attracted global outrage and seemed for a time to be the catalyst that would force change on an issue that has long plagued India.But that effort has faltered.On Sunday, a three-year-old girl was raped in New Delhi, six years to the day since Singh was raped, beaten and left on the side of the road to die.The toddler's father found her unconscious in soiled clothes on the floor of their home. She is in stable condition at a local hospital. A 40-year-old security guard, known as Ranjeet, is under investigation for the attack.Horrific as it is, observers believe the girl's case is even more distressing for what it says about the wider issue -- specifically, just how much more needs to be done after India supposedly reached a turning point back in 2012."The systemic changes that should have accompanied the change in law and policy is unfortunately missing six years after the rape and murder of Jyoti Singh Pandey," Jayshree Bajoria, author of a report into the barriers that sexual assault victims face when seeking justice, told CNN.

About 100 sexual assaults are reported to police in India every day, according to the National Crime Records Bureau. There were nearly 39,000 alleged attacks in 2016 -- an increase of 12% over the previous year.In just the last week, a UK woman was allegedly raped in a popular tourist destination in India while walking back to her hotel. 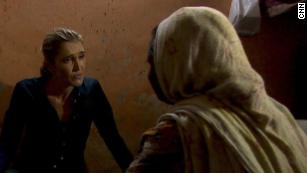 India rape victim's mom: Attacker should be hanged 02:53"There is sheer lack of political will to do anything substantive about female safety," said Ranjana Kumari, director of the Delhi-based Centre for Social Research. "So many promises were made but women have been let down."In many cases, the violence is related to longstanding caste and religious divisions.In April, an eight-year-old was allegedly drugged, gang-raped and strangled in the northern state of Jammu and Kashmir.Police arrested eight suspects, all of them Hindus. Investigators allege they plotted the girl's abduction to try to scare predominately Muslim nomads into leaving the region.The incident resulted in mass protests across India. Two government ministers were forced to resign after it emerged they had taken part in demonstrations supporting some of the accused.Following the case, the government brought in new laws lengthening prison terms and introducing the death penalty for the rape of girls under 12 years of age."There is a lot of focus on punishment, often driven by a populist measure," Bajoria said. "The systemic changes are missing. One constantly hears the demand for stricter punishment and laws -- which are already there. What is missing is the implementation."

The bus rape still haunts the collective memory of women in India's capital.On the evening of December 16, 2012, physiotherapy student Singh was leaving a movie theater in Delhi after watching "Life of Pi" with a male friend. 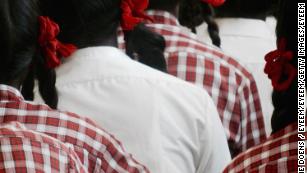 Indian schoolgirls beaten up after confronting boys over lewd drawingsIt was late so the pair boarded a private bus to go to their suburban homes. According to police, the driver and at least five other men -- one of whom was a minor at the time -- were drunk and looking for a "joy ride."Police said the men took turns raping the woman, using an iron rod to violate her as the bus drove around the city for almost an hour. Her male companion was beaten as he tried to fight them off. When they had finished, the men dumped their two victims by the side of the road.Singh's injuries were so severe some internal organs had to be removed. She died two weeks later in hospital in Singapore.Four of the perpetrators were sentenced to death, another committed suicide in prison in 2013 and the juvenile was sentenced to three years in prison. He has since been released.The case made headlines worldwide. Hundreds of thousands of men and women came onto the streets to protest poor safety, weak laws, a faulty and prejudiced law enforcement system and an overburdened judiciary.Major change seemed just around the corner as officials swung into action to amend sexual assault laws and ensure such a horrific incident could never happen again.But change never came.

More to be done

Bajoria said awareness generated by the 2012 case and the outrage it sparked did provide some momentum. Many women found their voice in the subsequent protests, and the trend has continued as India reckons with broader issues of sexual discrimination and harassment."(It) did help in breaking the silence. Today in 2018, we see a lot more women and girls speaking about this," she said. "The #MeToo movement also showed us that. Women are willing to come out in public and talk about it."But while punishments have become harsher, and reporting of crimes has improved thanks to greater awareness of sexual violence, experts say the underlying issues remain unaddressed."In spite of stringent laws, we have not been able to control the crime," Kumari said. "The systemic changes have not taken place."Critics say politicians have too often gone for the easy fix and amended laws without tackling the harder challenge of changing the culture, particularly within a police force which many women complain is ill-equipped to handle sensitive cases."There is a need for education that starts at the school level and at public offices, implementation of workplace sexual harassment laws -- there is a lot of work that needs to be done," Bajoria said."There is a need to change the mindset in a society that is deeply patriarchal."