Thailand's military junta cracks down on social media ahead of election 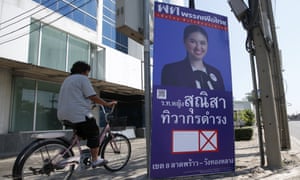 Social media campaigning will be heavily restricted in the upcoming Thai election, in a move political parties claim will gag freedom of expression and directly affect younger voters.

Following the confirmation that Thailand’s much-postponed election would finally be held on 24 March – the first election since the military seized power in a bloodless coup in 2014 – the election commission released strict guidelines on political campaigning.

The commission particularly targeted social media in the new rules, banning posts that contained anything other than candidates’ names, pictures and biographies, and the party name, logo policies and slogans. The rules were seen to target newer progressive parties that rely heavily on social media to spread their message.

The new social media campaigning restrictions are an apparent extension of Thailand’s already draconian computer crimes law, where people can be arrested simply for sharing a piece of content deemed critical or damaging by the authorities, and which over the past five years has been used to stifle freedom of expression under the military regime.

Parties have also been instructed not to “like” posts that violate any of these rules, spread “false information” or defame other candidates and parties in any way. All parties also have to register any social media channels with the election commission or face heavy fines and jail time. A special committee has also been set up by the election commission solely to monitor online campaigning and political discussion in the build-up to the election, leading many to question how free and fair campaigning will be.

Future Forward is one of the new progressive political parties that claim to speak for the younger generation of Thais and use social media as a key part of their strategy for reaching out to voters. It has condemned the social media restrictions as “ambiguous and confusing”. 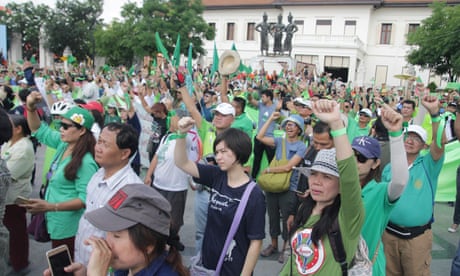 Future Forward party spokeswoman Pannika Wanich said: “When speaking of the youth, this definitely affects their political engagement and awareness. Without a doubt social media has been the main platform for communication and access of information during this period.

“These legal terms restrict not only freedom of expression but most importantly voters’ rights to information, which are the main principles of democracy in regard to conducting free and fair elections. The question is who actually benefits from these limitations? Definitely not the people.”

Hours after the rules were announced, Sudarat Keyuraphan, head of election strategy for the Pheu Thai party and its possible candidate for prime minister, deactivated her Facebook account in an apparent move to avoid any violations. She was followed by several other political candidates.

Chaturon Chaisang, an advisor in the Thai Raksa party, claimed the social media restrictions were a futile and outdated move by the election commission.

The announcement of the election rules has, for many, confirmed the fears that the military junta would try to retain strict control over the messaging of the election, and that even with the ban on political campaigning lifted, freedom of expression, particularly freedom to criticise the junta, would be limited.

Last year the Computer Crimes Act was used to target Thanathorn Juangroongruangkit, the leader of Future Forward. Police charged him with spreading “false” information about the ruling junta in a Facebook Live broadcast – charges he denied.

In addition, the military has formed its own political party to run in the election and the new constitution heavily skews the parliamentary system in its favour, leading many to predict the election will do little to unseat the power of the military.