Uyghur crackdown in Xinjiang doubles security spending in one year

Hong Kong (CNN)Spending on prisons and security-related construction in the western Chinese region of Xinjiang doubled between 2016 and 2017 new research has revealed, undermining China's denial of the existence of mass internment camps.

Up to a million ethnic Uyghurs and other Muslim minorities have reportedly been detained in the past year inside enormous "re-education camps" in the tightly-controlled province, where former detainees say they were forced to endure intensive "brainwashing" sessions.The claims, which have been made by activists for months, were confirmed as "broadly accurate" by the UK government in October.After initially denying the reports vehemently at the United Nations, China later changed its story without explanation to claim the camps were "vocational training centers", and the "students" were happy to be there and free to leave on completing their courses. 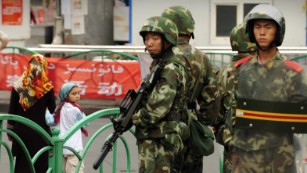 China admits to locking up Uyghurs, but defends Xinjiang crackdownBut the report released by the Jamestown Foundation,a Washington-based research and analysis institute on Monday, revealed that spending on security-related construction in Xinjiang rose by nearly 20 billion yuan ($2.9 billion), or 213%, between 2016 and 2017.According to local budget documents analyzed by the report, expenditure on total domestic security surged by 92% in the one year period, which included a 239% increase in spending for "detention center management" and 118% increase in spending for the "justice system."In fact the report found that vocational spending in Xinjiang dropped by 2017, falling 7% in total.The largest jump was categorized under the vague definition of "other domestic security expenditure," which skyrocketed between 2016 and 2017 by 351%."These facts do not support the notion of a large campaign to improve vocational skills," report author Adrian Zenz wrote in his conclusion."Rather, the mass disappearances of Muslim minorities in Xinjiang, beginning in early 2017, almost certainly resulted in their imprisonment in de facto political re-education institutions administered by public security or justice system authorities." 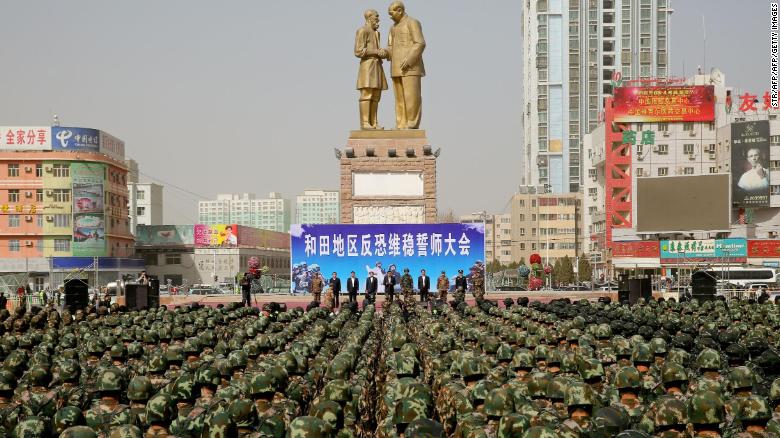 This photo taken on February 27, 2017 shows Chinese military police attending an anti-terrorist oath-taking rally in Hetian, northwest China's Xinjiang Uighur Autonomous Region.Activists accuse Beijing of attempting to eradicate the Uyghur culture and way of life over the past year through harsh new measures, passing regulations banning face coverings and long beards as well as mandating house visits by Communist Party officials.The Chinese government has been working hard in the past month to deflect criticism of its detention centers in Xinjiang, which it quietly legalized for the first time in early October. 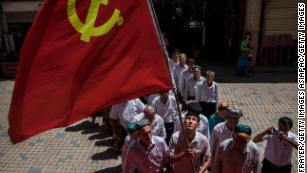 China's paranoia and oppression in Xinjiang has a long historyIn a lengthy interview with state-run Xinhua news agency published on October 16, Xinjiang Governor Shohrat Zakir, himself an ethnic Uyghur, said the Chinese government was fighting "terrorism and extremism" in its own way, and in accordance with United Nations resolutions."Today's Xinjiang is not only beautiful but also safe and stable. No matter where they are or at what time of the day, people are no longer afraid of going out, shopping, dining and traveling," he told Xinhua.The official added there was "still a long way to go" in some parts of the province to eradicate "extremism."At the same time, state broadcaster CCTV released a documentary ostensibly showing excerpts of life inside the camps, including inmates learning vocational skills and enjoying outdoor activities."I can't imagine the outcome if I hadn't come here to study," one interviewee told CCTV. "I may follow those religious extremists and step on the path of committing crimes. The Party and the government discovered me and saved me."

Photo taken on July 2 shows a man walking past a wall bearing a China Communist Party slogan in Kashgar in the country's Xinjiang Uyghur Autonomous Region.