'We are now free': Yazidis fleeing Isis start over in female-only commune

In Jinwar, north-eastern Syria, a pioneering group of women are rebuilding their lives away from the constraints of patriarchy 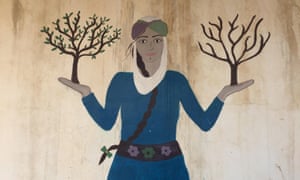 Berivan runs over to join in the dancing, her traditional gold dress catching the winter sunlight. The 15-year-old Yazidi clasps hands with her best friend and stands among the line of women stamping their feet to a Kurdish pop song.

Berivan and her mother are from Sinjar in Iraq, the Yazidi homeland, but like thousands of other Yazidis they were kidnapped by Islamic State in 2014 when the group stormed across the border from Syria.

Far from here, in the eastern desert, Isis has almost lost control of its last stronghold, Baghuz, but there are at least 3,000 Yazidi women and girls whose fate is unknown.

During the genocide, Yazidi men were rounded up and shot then dumped in mass graves. The women were taken to be sold in Isis’s slave markets, many passed from fighter to fighter, who inflicted physical and sexual abuse.

Yazidi children have been brainwashed and rights groups say suicide among captives is common. Even for those who manage to escape after years of enslavement and rape, many struggle to survive without an income or identity papers. 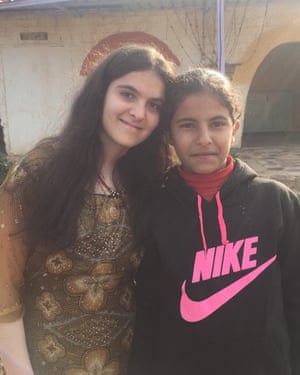 Berivan and her mother have lost the other members of their family. But at a new women’s commune near Qamishli, in north-eastern Syria, they have had a chance to start over.

“I like it here,” she says. “I love going to school, I love mathematics. And I’m going to be a hairdresser when I grow up.”

Jinwar is a female-only community, set up by the women of the local Kurdish-run administration to create a space where women can live “free of the constraints of the oppressive power structures of patriarchy and capitalism”. It opened in November and 12 of its 30 adobe brick houses are home to Kurdish, Yazidi and Arab families.

The women built their own houses, bake their own bread and tend to the livestock and farmland, cooking and eating together. On Saturday, people from the neighbouring villages have been invited to a graduation celebration for a group of local women who had attended a course on natural medicines at Jinwar’s education centre.

Over chicken and rice, and later music and dancing, residents discuss how the newly planted apricot, pomegranate and olive trees are doing.

“We built this place ourselves, brick by brick,” says 35-year-old Barwa Darwish, who came to Jinwar with her seven children after her village in Deir Ezzor province was freed from Isis and her husband, who joined the fight against the group, was killed in action. 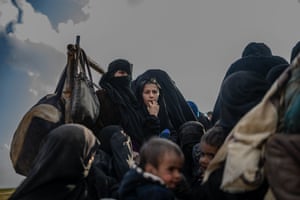 “Under Isis we were strangled and now we are free. But even before that, women stayed at home. We didn’t go out and work. In Jinwar, I’ve seen that women can stand alone.”

Jinwar grew out of the democratic ideology that has fuelled the creation of Rojava, a Kurdish-run statelet in north-eastern Syria, since the civil war broke out in 2011.

The area has largely thrived despite the presence of enemies on all sides: Isis, Syrian president Bashar al-Assad’s troops, and Turkey, which regards the Kurdish YPG fighters as a terrorist organisation.

The women’s revolution, as it is known, is a significant part of Rojava’s philosophy. Angered by the atrocities committed by Isis, Kurdish women formed their own fighting units. Later, Arab and Yazidi recruits joined them on the front lines to liberate their sisters. 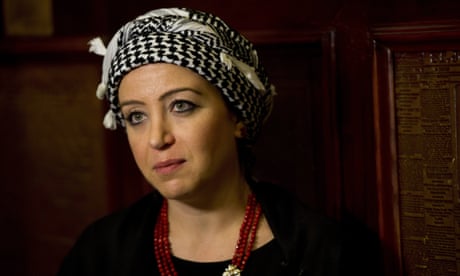 ‘We can change this reality’: the women sharing news of war in Ghouta

But at home, many parts of Kurdish society are still deeply conservative. Some of the women now in Jinwar have left arranged marriages and domestic abuse. Those dynamics, as well as the legacy of Syria’s brutal eight-year war have to be unlearned at Jinwar.

“When the families first arrived, the Arab children wouldn’t play with the Kurdish children,” says Nujin, one of the international volunteers working at the village. “But even in just two months you can see the change. The children are already so much happier.”

Berivan’s mother, Darsim, was mute when she arrived at Jinwar, a side-effect of trauma. Little by little, she has started to form words again. “The village is the best rehabilitation for the things these families have suffered,” Nujin says.

Jinwar is not finished yet: there are gardens to plant and an empty library waiting for books. The community is still coming up with ideas. Behind the education centre there is a swimming pool that will be filled with water in the summer. Most of the residents will get to use a pool – the reserve of only men in most of the Middle East – for the first time. 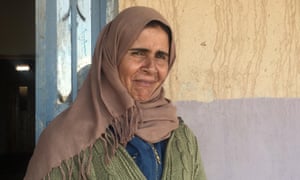 The women have also voted for driving lessons and to start a sewing business.

There are plans for a second commune in Deir Ezzor, an Arab province that is still the scene of fierce fighting to destroy Isis – but there is also a sense that what has been built at Jinwar is fragile and could be taken away.

It is not clear what will happen when US troops leave the area in a few months. Renewed fighting is a possibility.

“This place is peaceful and a refuge from the war,” Nujin says. “So how can we bring guns here if we needed to defend ourselves? I hope Jinwar never has to face that.”

This article is part of a series on possible solutions to some of the world’s most stubborn problems. What else should we cover? Email us at theupside@theguardian.com