When courts are closed in numbers like this, people are denied justice

When courts are closed in numbers like this, people are denied justice

Afua HirschSome people face a three-hour trip to have their case heard. Others have no legal representation. Even judges are calling it ‘hell’ 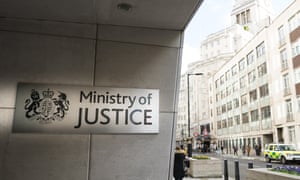 Courts are strange places. Some, like Snaresbrook crown court in east London, could be mistaken from the outside for a stately home – a grand listed building set beside a lake. Once inside, though, there’s no mistaking its status as part of the unloved criminal justice estate – low ceilings, headache-inducing strip lighting, threadbare furnishings. Others are eerie, like Isleworth, south-west London, which used to be a mental institution.

Many courts, however, are as unlovely as they are unloved. Postwar multiplexes with little going for them, tolerated by all who use them as a necessary evil in the work that we do. The government touted the closure of 230 of these buildings since 2010 as a good thing, because the income from selling them off would be ploughed back into improving the rest. But it’s no surprise, given the state of these courts, that they have failed to generate enough money to deliver on that promise. Guardian analysis shows that sales so far have generated just £34m – roughly what the government spent on just one “change management” consultancy contract from PricewaterhouseCoopers. The idea that you improve courts by closing them is just the latest in a cycle of dystopian logic in which cuts to public funding create delay and decay, thereby justifying further cuts.

One of the justifications for court closures is that our courts are underused. But that’s at least in part because the number of staff employed in them has been cut from almost 20,000 in 2010, to just over 14,000 in 2017. The number of magistrates has been cut by nearly half.

The government said that closures would only target courts so “close together” that the public would still be able to get to an alternative with relative ease. Try telling that to the residents of Northallerton, North Yorkshire, who now face a 3.5-hour bus ride to get to court in Harrogate. Cuts to rural public transport will only compound the misery of long travel times for court users, who are disproportionately from low-income backgrounds, less likely to own a car and more likely to have mental or physical disabilities. They will have to embark on epic journeys for a single hearing.

One cut justifies another. The difficulty many people will have getting to a court – as a result of the cuts – is now cited as a justification for holding more “virtual court hearings”, in which the claimants take part from a police station or their home, even though a number of projections from pilot schemes suggest they could actually cost more than they save.

It’s a model that goes to the heart of everything that is wrong with this government’s approach. It shifts costs down the line: more police officers are needed to manage the process at their end, and more staff are needed as a result of sitting for longer hours – which, together with the costs of the technology, outweighed any savings in the pilots.

But more than that, it compromises justice. In this system, defendants were less likely to have legal representation, because lawyers struggled to get to the police station on time, and people were more likely to enter guilty pleas. It’s no wonder judges are among those who have raised concerns about “hasty justice”.

The one consistent theme, of course, is cuts. The Ministry of Justice has suffered deeper cuts than any other government department. Legal aid has been decimated, with serious consequences not only for individuals attempting to achieve justice – in many cases now without any legal representation or advice at all – but also for the rule of law itself. Never mind the charities, court users and ordinary people voicing their desperation at this state of affairs – senior members of the judiciary have described the situation in unprecedented terms, one supreme court judge comparing it to “hell”. 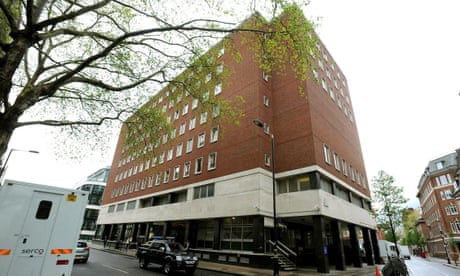 No one, it seems, is listening – the Ministry of Justice’s approach largely being characterised by a refusal to engage and ploughing on regardless. Meanwhile, the Courts and Tribunal Service is apparently comfortable with the idea that pregnant women and people with disabilities are among those who have to travel further to get to court, because it helps “contribute to a better service overall for users”. This is government administration for the post-fact era, wrecking a public service while delivering anodyne messages of improvement. The real bottom line, though, is that cuts to the justice system are low-hanging fruit for any government, because they believe – and I can’t help but wonder if correctly – that harming the courts, and their users, is one of the dangers voters care least about.

• Afua Hirsch is a Guardian columnist and former barrister